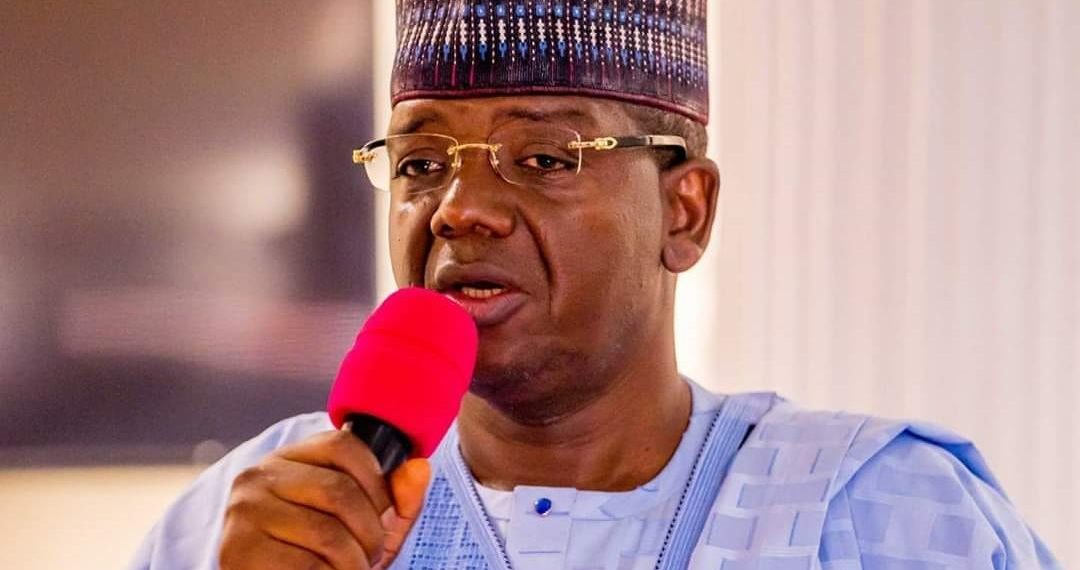 A pressure group, Northern Youth Assembly (Majalisar Matasan Arewa) has filed a suit at the Federal High Court against Governor Bello Mohammed Matawalle of Zamfara State over his eligibility or otherwise to contest the 2023 governorship election alleging serious discrepancies in his academic and birth certificates.

The case which was filed at the Federal High Court, Abuja jurisdiction was transferred to the Federal High Court, Gusau and has been listed for mention on Tuesday 4 October, 2022. Documents provided by the group show at least three different dates submitted on three occasions as the birthdays of Mr Matawalle while academic records also bore similar contradictions.

The petitioners are, among others claiming that the documents that Mr Matawalle presented to INEC for the 2015 and 2019 elections regarding his secondary school qualifications and his date of birth were contradictory due to alleged falsification. The plaintiffs are arguing a case of perjury and non-possession of valid minimum secondary school certificate against the governor which if established would lead to his disqualification from the race.

The Constitution provides that the minimum educational qualification for anyone vying for the position of a state governor in Nigeria is secondary school certificate or its equivalent. It is required of governorship candidates and most other elective positions for party candidates to be educated to that level which would enable them to read and write and be able to sign documents.

In a statutory declaration of age filled by Bello Matawalle’s uncle, Alhaji Bala S. Kaya Maradun, it was attested that Bello Mohammed was born at Maradun in Maradun district in Zamfara State, on 12 February 1962. The document was duly signed and stamped by the High Court in Zamfara State on 11 May 2022.

No less confusing are the certificates submitted to INEC by the governor. These include a technical certificate by the Ministry of Education, Sokoto State division of Science and Technical Education Vocational Training Centre, Bunza. It is clearly indicated in the result issued in 1985 that Mr Bello, with examination number 005, was born on 29 February 1962.

Another contradiction has to do with Matawalle’s date of birth as contained in the National Examination Council (NECO) result submitted to the Independent National Electoral Commission (INEC) for the 2023 election, as evidence of the Senior School Certificate Examination (SSCE). The claim in the certificate is that Bello Mohammed Matawalle with registration number 82806985CC sat for June/July 2018 NECO at Universal Academy, Kaduna with Centre number 0140300. His date of birth on the document is 28 February 1979. This date of birth in the NECO result does not tally with any of the others mentioned already.

Matawalle’s NECO documents also seem to suggest he wrote the 2018 NECO examination as a full-time student. NECO conducts two Senior School Certificate Examinations (SSCE) in a year. First, the NECO June/July examination is usually called NECO Internal. This is the regular school candidates’ examination. Second, the NECO (GCE) November/December examination is usually called the NECO external. This is the private candidate’s examination. Surprisingly, Governor Matawalle submitted to INEC a certificate of the NECO internal, which requires a student to start schooling from SS1 to SS3. This implies that he wrote the examination with the regular SS3 students after going through the entire school sessions with them.

The petitioners want the court to among others, determine whether Matawalle actually sat for the 2018 NECO in person or that he did so via a proxy or procured the certificate through other unlawful means.

The Northern Youth Assembly which has representations across the 19 Northern states and the Federal Capital Territory (FCT), Abuja believes it possesses incontrovertible documentary evidence to nail Matawalle on forgery and perjury. .

The Assembly which has functional administrative structures is committed to the task of galvanizing the youths to create a united platform and a common discussion circle. It is geared towards providing an acceptable ground to reach out to the vast majority of youth devoid of any sentiments, along ethnic or religious divides, promote and ensure accountability and transparency through the best practices of democratic governance at all levels of political leadership.

It should be recalled that, in its quest for social justice, accountability and transparency in the conduct of democratic governance, the Zamfara State Chapter of Northern Youth Assembly, had filed a suit against Bello Matawalle, challenging his eligibility to contest in the 11 March, 2023 governorship election. Matawalle was nominated as the governorship candidate of the APC for Zamfara State for the election.

The issues of concern as stated by the petitioners include the alleged contradicting school certificates, the birth date differences and others. Another plaintiff in the case is one Comrade Munnir Mu’azu Haidara. Apart from Bello Matawalle, other defendants in the suit include the All Progressive Congress Party, the party’s National Chairman, All Progressive Congress, Zamfara State Chapter and Independent National Electoral Commission (INEC).

A statement issued on Monday by Mr Mohammed Hussaini Bauchi, the National Assistant Publicity Secretary of Northern Youth Assembly said the legal team for the Assembly, shall be led by Mr K. M. Nura Esq, who will be assisted by other lawyers. Bello Matawalle was elected governor in 2019 on the platform of the Peoples Democratic Party (PDP) but defected midway to the APC in 2021.