Sam Maduka University, according to Chief Onyishi, will make its graduates become employers of labour rather than being job seekers, irrespective of course of study

Chief Samuel Maduka Onyishi, Chairman and Founder of Peace Mass Transit (PMT) is set to extend his Midas’ touch in the road transportation business to the education sector, through his Sam Maduka University which is set to come on stream in a matter of months.

Chief Onyishi, known for his Midas touch in the road transport business with the establishment of his transport company, PMT in 1995 transformed the face of the industry for good.

Through his Peace Mass Transit (PMT) company, he dared to introduce the mini-bus as a means of mass passenger transportation in the midst of the hitherto ubiquitous and fashionable luxurious buses that were prone to frequent breakdowns in transit and inflicting suffering on passengers. He also introduced the novelty of fitting his mini-buses with speed limiters.

These and other landmark innovations enhanced the comfort and safety of road travellers, thus making the mini-bus the preferred means of road transportation among Nigerians. Like Midas, Chief Onyishi’s touch turned the road transport sector to gold for him and other operators. Today, Nigeria’s road passenger transportation landscape is dominated by mass transit companies using mini-buses. Similar Midas touch is about to be replicated in his Sam Maduka University, Ekwegbe, Enugu State. 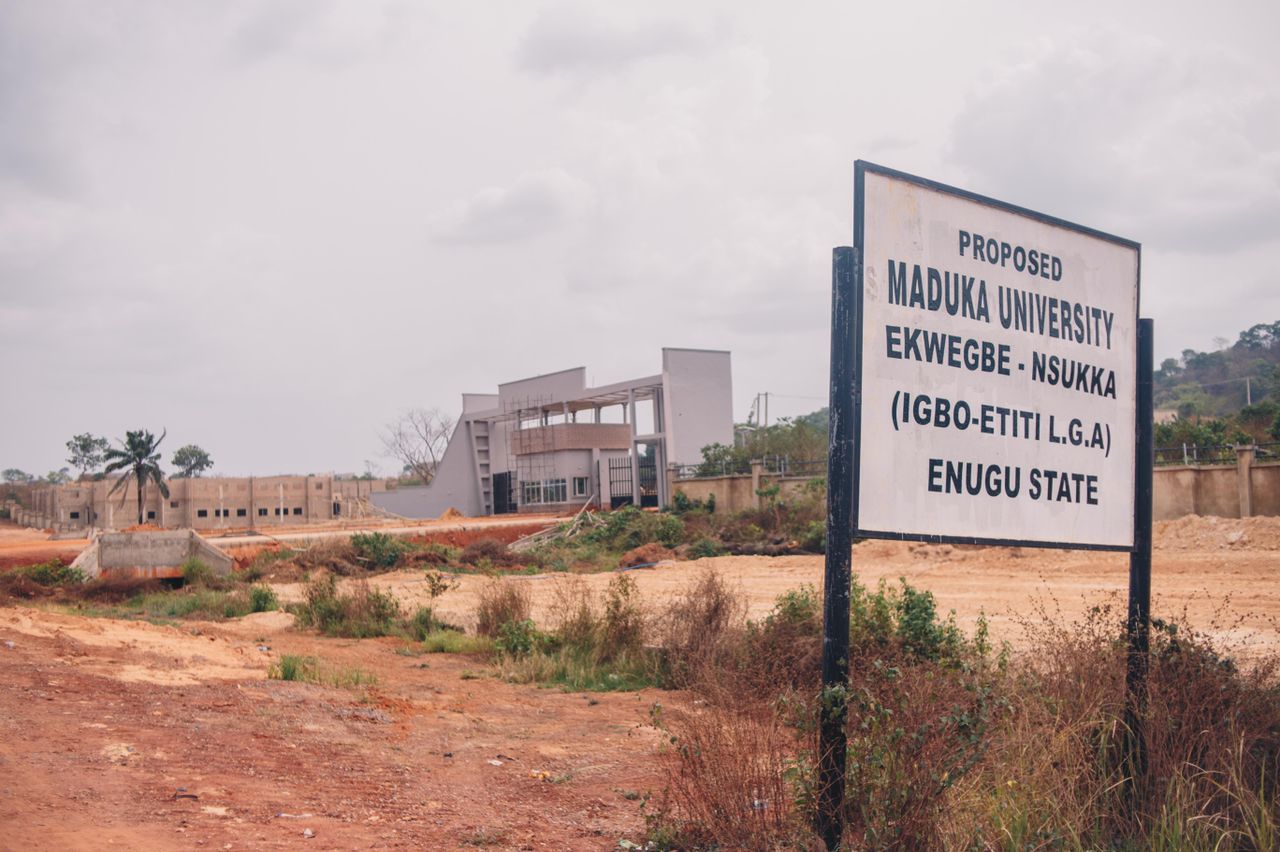 With Nigeria’s over 200 universities, unemployment rate of about 33.3 percent, a fast-growing population, and difficulties experienced by students in gaining admission into public universities, Chief Onyishi believes there is room for more private universities like his Sam Maduka University. But his is not meant to just add to the numbers.

The new university was designed to address the failings of the existing institutions, especially in the area of addressing unemployment problems in the country.

Chief Onyishi revealed that he did not conceive the University as another business. Rather, he conceived it “as a social service which should improve the lives of people of all races, mould for limitless attainments, children of all people of the world, irrespective of creed or class.

His vision is “to have a citadel of learning in all ramifications, founded on the best principles and run on the best ethical practices”, maintaining that the institution is determined to build structures that would stand the test of time. 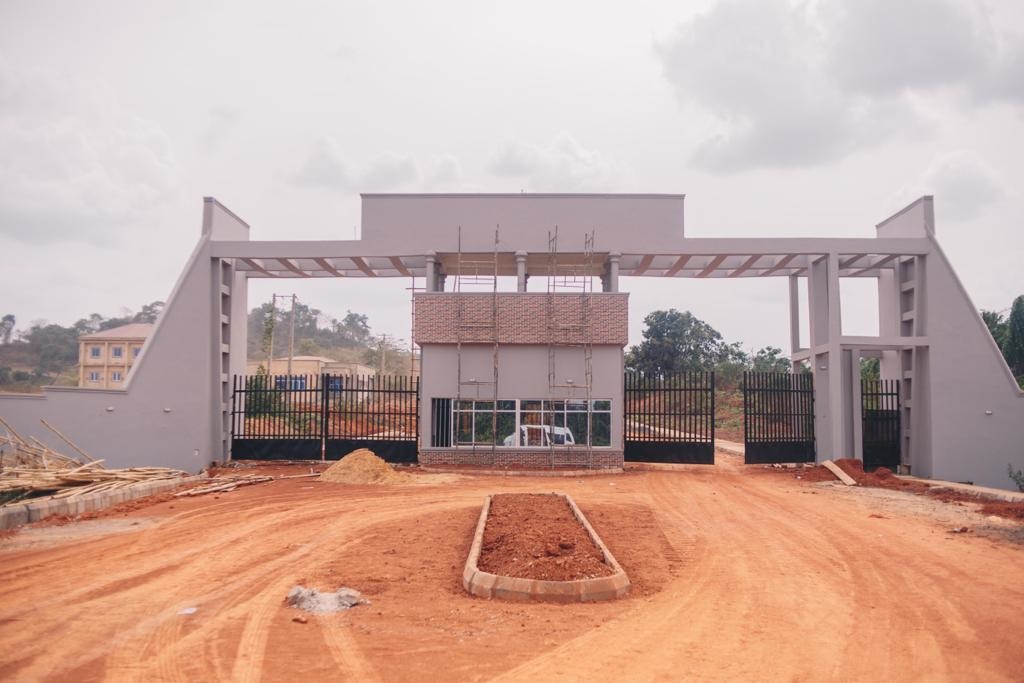 Sam Maduka University, according to Chief Onyishi, will make its graduates become employers of labour rather than being job seekers, irrespective of course of study.

“I am laying a foundation for self-reliance because my university is an entrepreneurial university. The plan is that any graduate of our university should be able to run his or her own business, the course the graduate read, notwithstanding,” he said.

Speaking on his strategies, Mr Onyishi said that the university’s academic curricular would be structured to include entrepreneurial and vocational courses which will be compulsory for all students in the university, irrespective of course of study.

“The long-term goal is human capital development – providing a platform for people to acquire knowledge – and then, take care of themselves,” Chief Onyishi explained.

Already the building of massive infrastructure on the over 300 hectares acquired by the university, with more lands still being acquired, is in progress. “I hope to engage experienced teachers and I have gotten enough infrastructures to take off,” he said.

Sam Maduka University boasts of regular gas-powered electricity within the school, administrative office, students’ hostels, lecturers’ quarters, ICT hub, faculty of law, while the secondary school has what it takes to run a model private secondary school with a focus on quality and affordable education.

The National Universities Commission (NUC) visited the university complex on August 16 this year to assess its readiness for the commencement of academic activities. It was the final inspection visit to the university to determine the conduciveness of the site as a campus. The NUC representatives, in their remarks, said they were impressed with the campus and acknowledged that it would no doubt be a conducive environment for not just the incoming students but also the academic and non-academic staff.

A lecturer at the University of Nigeria, Nsukka, who identified himself as Dr Okoli, said: “Maduka University is the destination. The edifice speaks of an emerging world-class university; again, whatever Onyishi puts his hands into must be a serious business. I’ll surely seek to work there.”

“Many people do come here and we refer them to the admin. They are coming to look for jobs; some identified themselves as professors,” a guard at the university was quoted to have said.

The Governor of Enugu State, Mr Ifeanyi Ugwuanyi, who laid the foundation stone for the university in 2020, expressed delight at the driving spirit of Chief Onyishi in envisioning a University that is entrepreneurial in content, describing it as another milestone achievement.

Born in Nsukka, Enugu State, Chief Onyishi, now 59, had a particularly indigent childhood. Having lost his father at a tender age, the responsibility for his education fell on his mother, a housewife who was barely able to eke out a living. At different times, little Samuel had to do odd jobs like being a bus conductor, labourer, and truck pusher, and second-hand clothes (okirika) seller during his primary and secondary education and after. 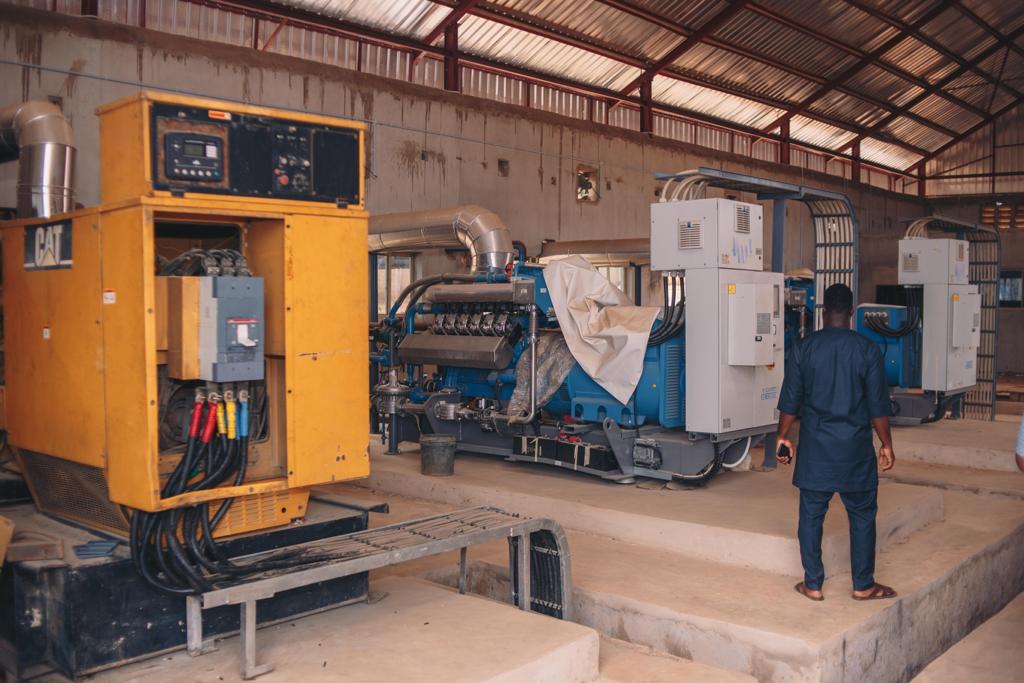 Though very brilliant, he was unable to further his education to university level until 13 years after finishing from secondary school. The money he made during that interval as a spare parts business man in Kano enabled him return to further his education at the University of Nigeria, Nsukka (UNN) from where he obtained a degree in Social Works and Community Development.

In 1995, while still a student of UNN, Onyishi used part of his savings from spare parts business to buy two buses. While he personally drove the first bus, he engaged a driver to handle the second one.

“When I came back to Nsukka to school, I found out that as a student I had a lot of time to do other things; there was so much time. I couldn’t just go to lecture and then come back home to do nothing. So, I had to use my savings to buy those buses and keep myself busy. I go to lecture, after lecture I drive my bus. Sometimes we had lectures in the evening, sometime in the morning, but I had enough time to drive my bus.

“From the money I made coupled with what my shop in Kano was making, I bought more buses and added to the business. I eventually stopped driving in 1998 when I had 15 buses; that was in my third year. I graduated in 1999 and focused fully on my transport business. By the time I was leaving the university, I had 45 buses,” he recalled.

“This is a divine project and that’s why we use the buses for evangelism.”

The Sam Maduka University may just be a further extension of that divine project.