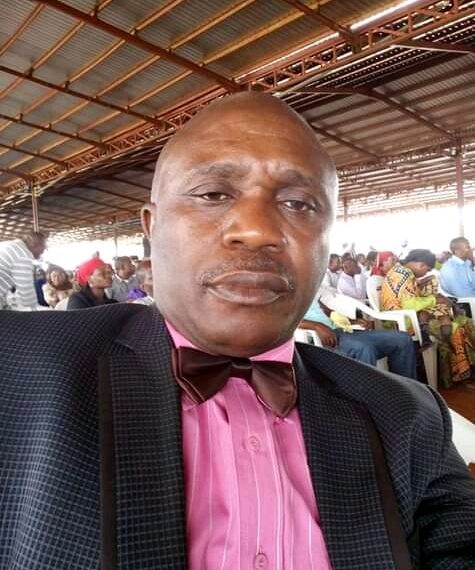 The UAE, which lies at the crossroads of Asia, Africa and Europe, already has strong economic ties with a number of African countries and funds projects through its development financing initiative for emerging nations

The UAE (United Arab Emirates), Arab world’s second-largest economy is a federation of seven emirates (Abu Dhabi, Dubai, Sharjah, Ajman, Umm Al-Quwain, Fujairah and Ras Al Khaimah), with each retaining autonomy in local affairs (including energy) and it is becoming the Middle East most globalized country due to its trade hub, flow of foreign investment, high number of tourists and also its large expatriate population.

Though the country achieved independence from the United Kingdom in 1971, (aside from Ras Al Khaimah which joined in 1972), it has been able to harness its vast hydrocarbon bequest for rapid transformation. It is the 5th largest economy in the Middle East (after Iran, Saudi Arabia, Turkey, and Egypt), with a gross domestic product (GDP) of US$501 billion (AED 1.84 trillion) in 2022.

The UAE economy is heavily reliant on revenues from petroleum and natural gas, especially in Abu Dhabi. In 2009, more than 85% of the UAE’s economy was based on the oil exports. In 2011, oil exports accounted for 77% of the UAE’s state budget. In recent years, there has been some economic diversification, particularly in Dubai. Abu Dhabi and other UAE emirates have remained relatively conservative in their approach to diversification. Dubai has far smaller oil reserves than its counterparts.

Tourism is one of the bigger non-oil sources of revenue in the UAE. A massive construction boom, an expanding manufacturing base, and a thriving services sector are helping the UAE diversify its economy. Nationwide, there is currently $350 billion worth of active construction projects.

However the UAE is now focusing on diversification away from hydrocarbons and bridging relationship all over the world and especially Africa. For example the European Union is looking to partner with the UAE to help accelerate energy transition and infrastructure development in Africa as part of the 27-member bloc’s €300 billion ($321.9bn) Global Gateway strategy.

The EU Commissioner for International Partnerships MS Jutta Urpilainen recently disclosed that there is great scope for the UAE, the Arab world’s second-largest economy, and the EU, the world’s biggest trading bloc, to co-operate, especially in Africa.

Ms Urpilainen, who was on a short trip to the UAE, held meetings with Reem Al Hashimy, Minister of State for International Co-operation and Sheikh Shakhboot bin Nahyan, Minister of State and Director General Abu Dhabi Fund for Development Mohammed Al Suwaidi, where disclosed that ‘’We mainly focused on our partnerships and how to work in Africa together. That’s a priority area for both of us.”

In line with such strategic partnership the UAE is focusing on renewable energy in the Africa continent bearing in mind the role of power in economic development and the need to provide clean energy.

Nigeria is an oil exporting country and bulk of her foreign exchange comes from it. And with the world now redirecting its sources of energy from fossil fuel to renewable energy, Nigeria cannot be left in isolation that is why the Federal Government in Nigeria, in an effort to improve electricity supply in the country, is collaborating with the United Arab Emirates (UAE) on renewable energy.

Nigeria Minister of Power, Abubakar Aliyu, received the SamPro Group, a delegation from the UAE in his office recently saying the collaboration is an effort to boost the development needs in Nigeria through improving electricity supply. This will include renewable energy which will be facilitated by UAE cutting-edge technologies.

It was a follow up meeting from an earlier discussion on renewable energy during the visit of the Minister of Power to Dubai.

Abubakar affirmed the commitment of the Federal Government to ensuring an effective power supply for Nigerians. He further informed the meeting that the Federal Government through its energy transition programme is working towards maximising on its renewable energy initiatives through cutting-edge technology which is able to store and convert energy into electrical energy through natural resources.

The Minister was optimistic that the cutting-edge technology presented by the group will greatly improve electricity and will fit into the minigrid policy of the Federal Government. He also welcomed the technical transfer of knowledge which Nigeria will benefit from when the technology is fully deployed across the country.

Africa, home to one sixth of the world’s population, is among the regions worst affected by climate change. However, hundreds of millions of people on the continent, whose economy was battered by the pandemic, are deprived of electricity. Access to energy is essential for the economic revival of African nations and is necessary for them to meet their climate and sustainable development goals, the International Energy Agency said in a report.

The clean energy transition is an opportunity for many African countries to bypass traditional fuels and infrastructure and adopt sustainable energy systems but they require financial assistance from the international community, the agency said.

The EU estimates more than 600 million people in Africa are without electricity and the bloc aims to provide energy produced through renewable sources to at least 100 million people by 2030 through its Africa EU Energy Initiative.

The UAE, which lies at the crossroads of Asia, Africa and Europe, already has strong economic ties with a number of African countries and funds projects through its development financing initiative for emerging nations.

The UAE announces its readiness to host the COP28 climate summit

The world and all those interested in climate and environmental issues are eagerly waiting the “COP 28” in 2023, which is expected to be unique in organization and attendance, and to present results and recommendations that contribute to alleviating the climate change crisis.

This is due to the promising and strategic visions of the United Arab Emirates and its investments in the fields of renewable energy, the most important of which are; Green hydrogen, the UAE today has become an honorable Arab model with a promising vision for clean energy. It is certain that the government and the wise leadership of the UAE will spare no effort to make this cycle comprehensive and to contribute to unifying the efforts of the world.

The conference organized by the UAE, will contain the views of everyone from developed and developing countries. It will also focus on viable and commercially viable climate solutions capable of transforming plans and strategies into tangible results on the ground.

The UAE government’s economic development arm — has funded projects in more than 97 countries, including close to 40 African nations, through concessionary loans and grants.

Nigeria and UAE, a concrete economic cooperation and coordination.

It is worth noting that the relations between the UAE and Nigeria began in 1982 and the country’s embassy in Abuja was opened in 2009. Additionally, the volume of non-oil trade exchange between the two countries amounted to 1.45 billion US dollars in 2019.

Its expenditure in Africa amounts to Dh30bn ($8.17bn). It has also invested in seven companies and two private equity funds to support the growth of a variety of sectors in the continent, the fund said in August last year.