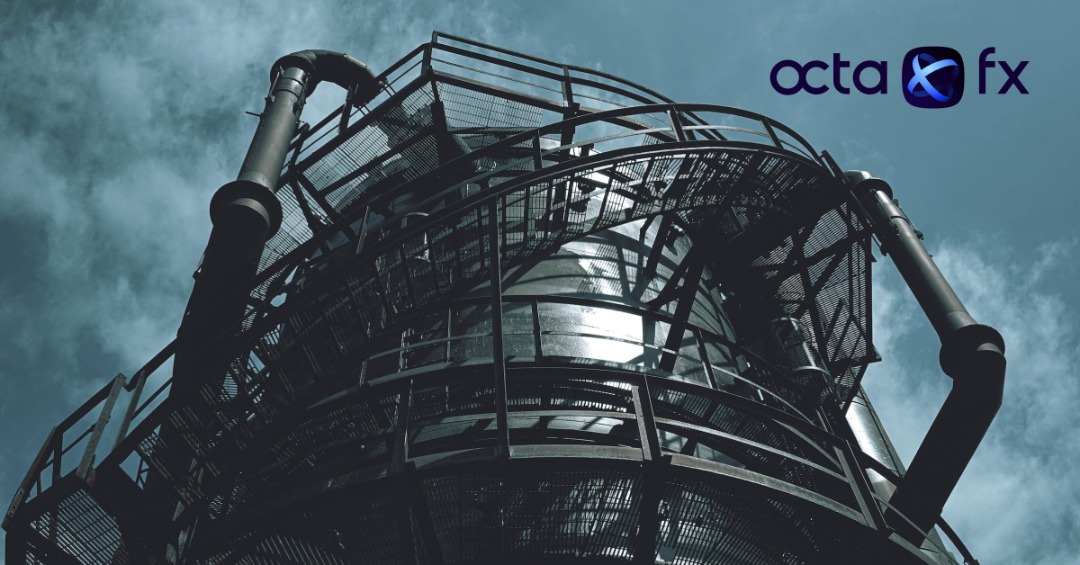 Unlike the market for crude oil, which is mostly international, the natural gas market is still very fragmented.

Natural gas has been a hot commodity this year. Over the past seven months, the price of the U.S. front-month natural gas future contract (Henry Hub; Octa FX ticker: XNG) traded on the New York Mercantile Exchange (NYMEX) has increased by more than 120%. Last Friday alone, Henry Hub futures jumped 36.7 cents or 4.6% to settle at $8.299 per million British thermal units (MMBtu), putting the contract on track for its highest close since June 13.

Given that U.S. natural gas contract has historically traded in the range of $2.00 – $4.00 per MMBtu, the new price tag of $8.00+ appears shocking. However, it pales in comparison with the price pressures seen in Europe and Asia. Indeed, the benchmark European contract (Title Transfer Facility or TTF) has averaged $49.7 per MMBtu over the past month, while the Asian liquified natural gas (LNG) contract (Japan-Korea-Market or JKM) has averaged $38.6 per MMBtu. In fact, over the past 12 months, the price of European natural gas has more than tripled,
while Asian prices have more than doubled.

What has been the driving force behind such a dramatic increase in the price of natural gas? What exactly makes this commodity so valuable today? How high can the price go? In this article, OctaFX, a major forex broker, will provide the answers.

Unlike the market for crude oil, which is mostly international, the natural gas market is still very fragmented. It is not an integrated global market, but instead it represents a collection of regional markets that are only loosely connected with each other. Therefore, each market has its own local reasons for the price hike, but one can still discern an important common theme – a rising demand. For example, natural gas demand in China has been rising consistently for several years now. In 2021, it increased by 12.8% year-over-year (y-o-y) and is set to rise
by another 7% y-o-y in 2022, according to the S&P Global. 1 Indeed, China has already surpassed Japan as the world’s largest LNG importer. Elsewhere in Asia, the sweltering heat spurred cooling demand, but the scarcity of coal meant that countries such as India, Bangladesh and Pakistan had to rely on LNG imports to help power plants boost electricity generation. Price pressures did little to lower the demand. Japan’s Nippon Steel Corp, the world’s second-largest steelmaker, has recently purchased an LNG cargo for delivery in September at a price of $41 per, the highest price ever paid in Japan. 2

The inland demand for natural gas in the European Union (EU) has increased by 4.3% y-o-y in 2021. 3 Meanwhile, natural gas production in the EU has remained on a descending trend, falling by 7.6% in 2021. 4 The combination of rising demand and falling supply has pushed the EU natural gas import dependency to 83%. 5

Unsurprisingly, the prices went through the roof and still remain elevated today as the uncertainty over the stability of Russian flows has increased in light of the recent events in Ukraine.

The United States also witnessed a noticeable pickup in natural gas usage. In six months to the end of June, total consumption in the U.S. was up 4.1% y-o-y, with the largest increase recorded in the Electric Power sector. 6 Indeed, continued retirement of coal-fired and nuclear generating capacities has put pressure on natural gas power plants to sustain adequate levels of electricity generation throughout the year. 7 Therefore, the recent heat wave with above-normal temperatures observed in virtually all the contiguous United States meant that power generators had to burn lots of natural gas just to keep air conditioners humming.

In addition, the U.S. has substantially enlarged its pipeline and LNG export capacity over the past years and is now on track to become the world’s largest LNG exporter this year. Total natural gas exports averaged 19.62 billion cubic feet per day (bcf/d) during the first six months of 2022, almost an 8.0% increase compared with the 2021 annual average. 8 Most LNG tankers are heading towards Europe as the continent tries to cut its heavy dependence on Russian imports.

How high can the price go?

Technically, the U.S. natural gas is in a clear bullish trend. The previous swing high ($9.664) reached on June 8 may act as a temporary resistance, but as long as the price remains above $7.500 per MMBtu, the short-term traders should continue buying the dips.

Fundamentally, U.S. Henry Hub futures lag far behind global prices because the U.S. is the world’s top producer and is self-sufficient in natural gas. However, as prices hit their highest in more than a decade, it is clear that the U.S. economy’s long era of cheap natural gas has ended. Right now, the price in Europe is six- times higher than in the U.S. This disparity creates an incentive to build more LNG export facilities, which should stimulate the demand for natural gas inside the U.S. as a feedstock for liquefaction. In addition, Europe is likely to remain a
persistent source of demand for U.S. LNG due to the uncertainty over the stability of imports from Russia. In the long-term, as the world tries to cut CO2 emissions by limiting the usage of coal and oil, natural gas stands out to gain the most because of its less polluting effects compared to other fossil fuels.

At the same time, questions remain on whether the world can afford to supply enough natural gas to meet growing demand in the short-term. For example, U.S. dry gas production has plateaued (it has remained essentially flat for the past three months), and Russian production is at risk of falling due to sanctions, while
production in the Middlese East is limited by capacity constrains.

Overall, the price of natural gas has already increased quite noticeably over the pasty 12 months. Traders are advised to exercise extreme caution at this junction, as a lot of bullish developments have been already priced in. Still, if the world can avoid a global recession and if production remains sluggish, traders shoul remain bullish on the commodity. The bulls are seriously targeting $9.270, $9.750 and $10.000. Alternatively, a global recession – especially, if it is coupled with a warm winter – will trim global demand and will push the Henry Hub price below the $6.000 handle.