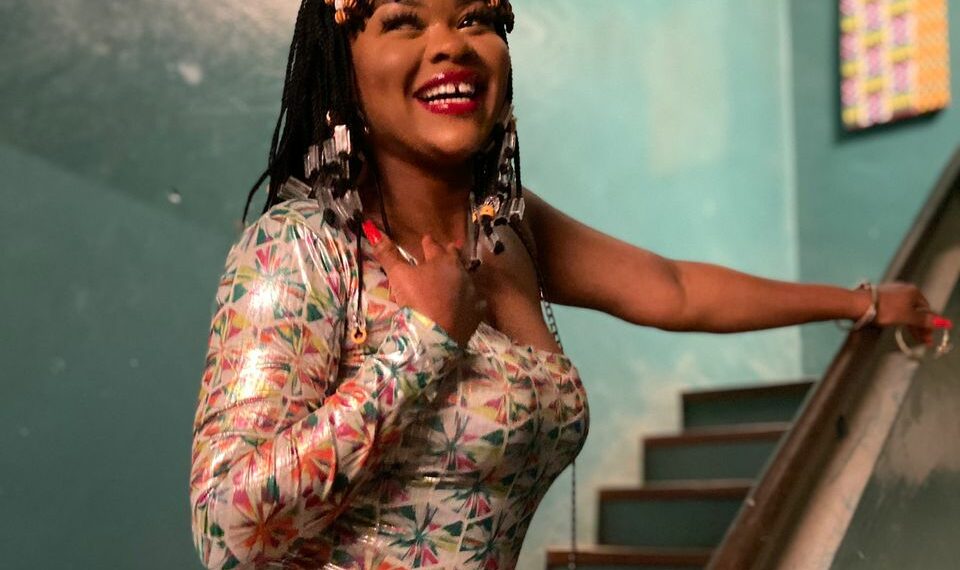 Venturing into the world of originals, FilmOne Production comes alive with Adire

After a couple of weeks at different vintage locations in Ibadan, West Africa’s leading film company, FilmOne Entertainment, has wrapped shoot and is now in the post-production stage of its debut original feature film, Adire. With the coming weeks scheduled for editing footage, sound and special effects, the film is on course to premiere to the world soon.

Set in modern times with a feel of ‘vintage’ Nigeria, Adire is a drama that captures the escapades of a young fashion entrepreneur (now retired prostitute), who suffers the effect of a collision between the consequences of her adventurous past and a present messed up by the toxicity of a judgmental clergy’s wife. It stars award winning and iconic actresses, Kehinde Bankole (Adire) and Funlola Aofiyebi-Raimi (Folasade) in lead roles and features other A-list actors in supporting roles, including Yvonne Jegede, Yemi Blaq, Femi Branch, Idowu ‘Iya Rainbow’ Philips, Ibrahim Chattah, Lizzy J, as well as Ifeanyi Kalu, Kelechi Udegbe, Mike Afolarin, Dami ‘Goldfish’ Ogunsi, Tomi Ojo, Layi Wasabi, Onyinye Odokoro, amongst others. The film is directed by renowned filmmaker, Adeoluwa ‘Captain Degzy’ Owu, and has Emmanuel ‘Cinemmaofficial’ Igbekele Odihiri as Director of Photography.

Adire is written by Jack’enneth Opukeme, one of the brilliant minds at FilmOne Entertainment. “Adire is a theatrical depiction of the struggles of young women in today’s world, interpreted by actors who resonated with its message and were generous enough to allow their vulnerability bring authenticity to its unreserved emotions, humour and all-round grandeur. I am grateful to the leadership of FilmOne Entertainment for granting me the opportunity to tell this very unique story, and I am rest assured that it would leave audiences longing for more,” said Opukeme.

Producer and FilmOne’s head of production, Mimi Bartels, expressed satisfaction, “The film is developed by professionals in-house and has been a creative joy to work on. Cast and crew brought their A-game, assiduously contributing towards bringing the story to life,” said Bartels who is Nigeria’s highest-grossing producer of 2021.

“What we intend to achieve is to tell a culturally-inspired and engaging story that would resonate with viewers from across different works of life and demographics. With the amount of work that has gone into this, I predict that it will be a household name, and we couldn’t be prouder,” she further assured.

Reflecting on the impact of the project, director, Captain Degz, is enthusiastic, “Adire is truth and so
much more. I thoroughly enjoyed working on this project and learnt some valuable life lessons as well.

Touching on ‘live and let live,’ it promises to leave an imprint on your heart,” he said.

Producer, Barbara Babarinsa, admired the technical input in the story development, “Adire embodies unconventional poetic dialogue which redefines the whole essence of storytelling. It’s a relatable, culturally gratifying, and timeless work of art. We gave our all for this; we made magic,” she said.

FilmOne Entertainment is renowned for its co-productions in the recent past, with a filmography that arrays several blockbusters and award-winners, in the likes of Aki & Pawpaw, Fate of Alakada, Ghost and The Tout Too – all written and co-developed in-house; Prophetess, The Wedding Party franchise, and Sugar Rush, to mention a few. Hence, Adire is the company’s first solely produced film, ideated, developed and produced exclusively by its content team.

Co-founders of FilmOne Entertainment and executive producers of Adire, Kene Okwuosa & Moses Babatope, jointly expressed fulfillment, “Over the years, we have committed to production partnerships that have ensured that film lovers enjoyed the best on the big screen and streaming. Therefore, to consolidate on our successes, we have decided to tap into the abundance of talent and professionalism that constitutes our production team in making our first original – a masterpiece for the global audience. Adire will resonate with the standards of excellent storytelling for a long time,” they said.

Adire is only the first in FilmOne’s slate of originals planned to be shot this year. Two other titles are scheduled for completion before the end year. Publicity and media engagements building up to the film’s release will commence in the coming weeks.

FilmOne Entertainment is an independent entertainment company focused on the distribution and production of film contents, within and outside the Nigerian territory. We distribute and produce a wide range of mainstream and commercial pictures, including international and indigenous films, and maintain strategic alliances and relationships with international studios and distributors.

The FilmOne team comprises of West Africa’s most recognized professionals in film distribution, production, marketing, and general consulting, with combined experience spanning over 50 years, gained from the United Kingdom, United States of America and Nigeria.