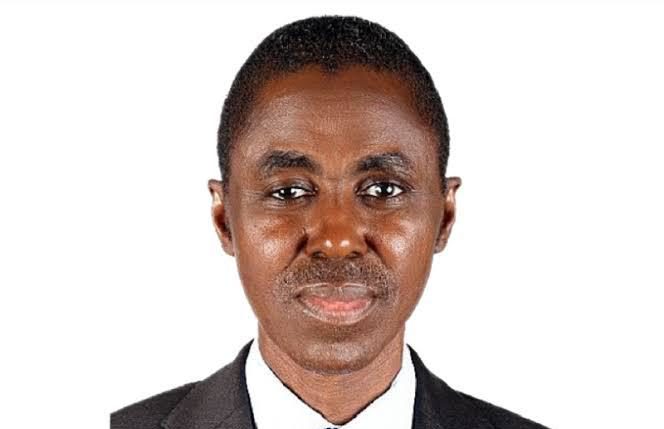 As Bello Hassan clocks one in NDIC

That the Nigerian Deposit Insurance Company (NDIC) is witnessing an unprecedented corporate upgrade is no longer news. The last 365 days have seen too many innovative ideas injected into the corporate culture of the corporation by the taciturn albeit energetic astute banker at the helm of NDIC’s affairs, Bello Hassan. Almost silently, the seasoned banker has changed the meaning of the somewhat institutionalized adage — slow and steady wins the race — mostly relied on to justify sluggish, poor or even non-performance. Hassan has, from day one, left no one in doubt about his intention to debunk and redefine this adage. Today, the adage in NDIC is “fast and steady wins the race.” Hassan hit the ground running and he’s still running fast with almost every new day unfolding a new innovative idea to sustain and improve the standardization of the NDIC.

As my former boss in Katsina State Ministry of Finance, I wrote and commended President Buhari last year for the round-peg-in-a-round-hole appointment of Malam Bello Hassan to supervise the NDIC, one of the most critical agencies in Nigeria whose responsibility it is to protect the hard earned deposits of millions of Nigerians while keeping an eagle eye on the banking sector to make it remain safe, sound and compliant to international standards. My vote of confidence was for knowing the values Hassan represents, the stuff he’s made of and his visions about Nigeria’s Deposit Insurance System. His appointment was a simple case of marrying vision with mission in a holy matrimony. It’s only fair therefore, to present here, his first annual report card albeit, from as much outsider perspective as possible. The giant strides he made in his first year in office has fully justified my confidence.

To say my predictions and expectations of the tenure of Bello Hassan as the Managing Director of NDIC are halfway uploaded when he’s still in the dressing room; before the full race begins, is to be modest. I’m very proud to associate with such a silent achiever. In the short period Hassan has been in charge of the affairs of the NDIC, the agency has witnessed an unprecedented reshaping of its corporate template to achieve better policies and drive. This is neither coincidental nor accidental. Hassan came fully prepared for the job and was known to always deliver on any assignment hence, nothing less should be expected. In my congratulatory message written when he was appointed, I wrote and I quote:

“Since joining CBN, Hassan has been involved with on-site/off-site supervisions of banks and other financial institutions as well as financial stability issues. In 2019, he was appointed Director, Other Financial Institutions Supervision Department of the CBN and later redeployed as Director, Banking Supervision Department in February 2020. He’s also a board member of the NDIC. These put him over and above other contenders beside making it clear President Buhari is out for a professional appointee instead of a political appointee.”

I feel vindicated. It could simply be said that Hassan’s experience as captured above is what’s at play today in NDIC. President Buhari’s expectations and confidence unfolding in real-time. In just 365 days NDIC is a better place than it used to be. Public confidence in the agency has been fully restored while the agency is operating at optimum capacity largely because of the professional and corporate atmosphere in place. With friends operating at different levels of authority in the corporation, I’m in a very good position to say NDIC now operates like a family with Hassan as a very loving and caring father who’s quick to reward or reprimand according to situations yet, without endangering the values of the family. So stern yet so simple. It’s not surprising then, that without so much noise in the media as should be expected, Hassan has seen to the recertification of NDIC’s certification by the British Standard Institute on 3 ISO standards to sustain the legacy he inherited.

Next on the recertification list is:
IT Service Management System ISO200001:2011. This demonstrates the agency’s ability to efficiently deliver quality IT Service Management through a comprehensive process approach and maintains the standard over time. This is no easy feat given the susceptibility of the ever evolving digitized world to fraud and attacks by just about anybody with the requisite background.

Just as important is Hassan’s success in revolutionizing the business management template of the NDIC as made clear thus:

Its also to the credit of the Hassan that, in line with the recommendations of one of the Core Principles for Effective Deposit Insurance issued by the International Association of Deposit Insurers (IADI), NDIC has reviewed the adequacy of the maximum deposit insurance coverage in the event of liquidation of any insured institution.
In the area of service delivery, the NDIC was recognized for efficient service delivery by MacArthur foundation ahead of over 300 institutions covered in its survey of 2021.

Not done upgrading the image of NDIC, Hassan saw to the ranking of NDIC as 1st out of 301 Ministries, Departments and Agencies (MDAs) of government by the Independent Corrupt Practices Commission’s (ICPC) 2021 Ethics and Compliance Scorecard. I’m the least surprised with this feat. Let me again quote a part of my earlier opinion about the man Bello Hassan thus:

“Bello Hassan is a self-made financial guru whose rich resume put him on the spot when President Buhari set out searching for a new helmsman for the NDIC. Talk about a gold fish having no place to hide! Despite deliberate efforts to remain below Nigeria’s political radar, Hassan’s silent records were so loud to attract the attention of President Buhari. Sure, like minds attracts and like mots to flame, President Buhari’s attraction to Hassan was natural. Need I say President Buhari could as well go to sleep with both eyes closed with Hassan in charge of affairs at the NDIC?”

I’m sure President Buhari is sleeping with both eyes very comfortable with the results of his decision to entrust Bello Hassan with the supervision of the NDIC. And yes, the entire staff of the NDIC must also be happy with President Buhari for appointing an thorough professional and a fine gentleman to supervise their affairs. That he addressed to the consternation and satisfaction of stakeholders the emotionally distressing issue of staff placement by properly placing those who were not appropriately placed at the point of entry since between 2010 and 2019, is a testimony of his sense of fairness, culture of reward and uncompromising disposition to laid down rules and regulations. It’s not out of place to also mention the improved medical care of the corporation’s staff and members of their families. Ditto, on and off shore training for staff for capacity building in line with Hassan’s vision for a more productive and responsive NDIC. Certainly, NDIC cannot be in better hands.

Dammallam is a former Chief of Staff to former Minister of Youth & Sports, Barr. Solomon Dalung