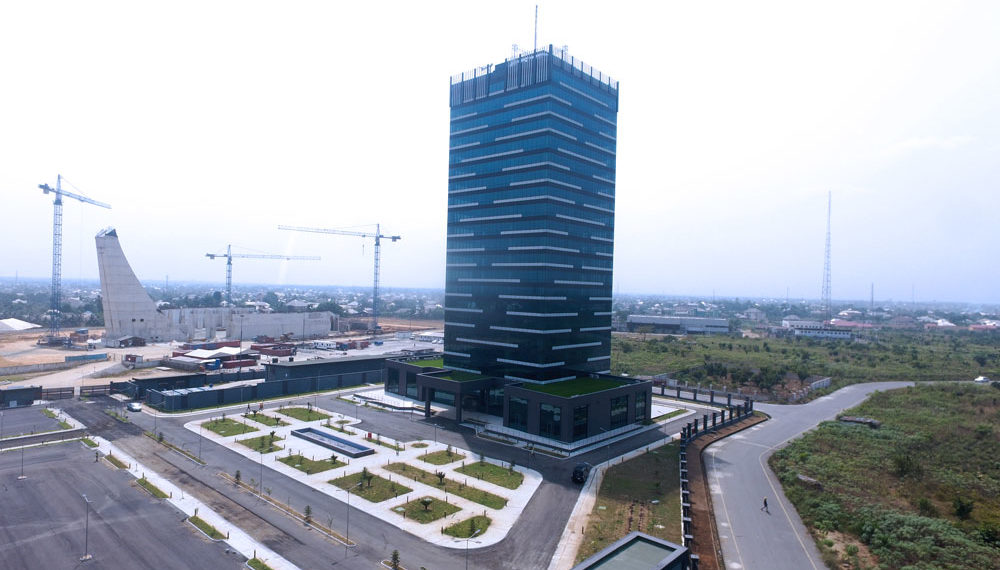 The Governor of Akwa Ibom State, Udom Emmanuel, has officially declared open the 21-floor storey building completed and up for lease to high-earned clients.

The building, also known as the Dakkada Towers, was conceived by Mr Emmanuel’s administration who contracted its construction to a renowned firm, VKS Nigeria Construction Ltd.

The Governor, at the State Executive Council meeting, Wednesday, in Uyo, announced the completion of the historic project which was delivered to him in December 2020 by VKS Nigeria Construction Limited.

The smart building, a flagship project of Mr Emmanuel’s administration, is said to be the tallest in Nigeria’s South-south region.

The Dakkada Towers, according to the contractual agreement between the Akwa Ibom government and the VKS Nigeria Construction Limited, was to be completed in two years and six months.

But the contractors were able to finish it in less than two years, and thereby eliciting commendation from Governor Emmanuel.

The Akwa Ibom State Commissioner for Information and Strategy, Ini Ememobong, who spoke with reporters at the Government House, Uyo, after the State Executive Council meeting, said the Council was pleased with the report of completion of work on the 21-floor building.

He said relevant government agencies have been directed to commence the process of leasing out the building to interested tenants.

Mr Ememobong said the Governor was satisfied with the timing of completion of the  Dakkada Towers and the quality of work delivered.

He said VKS delivered a world-class building on record time.

The Commissioner charged contractors handling various projects in the State to ensure strict adherence to deadlines set for completion and delivery of the projects in their purview, in line with the administration’s Completion Agenda.

What Obasanjo, Sylva said about the Dakkada Towers

The Dakkada Tower has already attracted eminent personalities from different parts of Nigeria.

Former Nigerian President, Olusegun Obasanjo, in his recent visit to Akwa Ibom State, stopped by the smart building at Udoudoma Avenue. He thanked Governor Emmanuel for erecting what he described as “the best I have seen in the country”.

Chief Obasanjo said, “I have seen a number of buildings in Nigeria but in terms of the modern technological facilities embedded in a building of this nature, this is probably one of the best, if not the best I have seen in the country”.

The Minister of State for Petroleum Resources and former Governor of Bayelsa State, Timipre Sylva, during his visit to the state, told reporters that the Dakkada Towers is built to world-class standard.

READ ALSO: How businesses can tap into VKS contributions to Akwa Ibom economy

=====
He said the Nigerian National Petroleum Commission (NNPC) has offered to take some floors in the building.

He said, “This is a world class building. The State Government has done very well in the area of infrastructure. I must say, this is sincere leadership exhibited by the government of the State.

“For us, we will be part of this development. The NNPC has already offered to take two floors in the building, and this is why we are here. I am very impressed with what I have seen in Akwa Ibom. The contractors, VKS Nigeria Construction Limited, have done a great work.”

What you should know about the Dakkada Towers

The Dakkada Tower has, no doubt, added aesthetics to the landscape of the state, and will run with 24 hours power supply.

The building contains all necessary facilities and equipment of a smart building. Some of the facilities include four elevators, two emergency exits, fire protection sensors and an aviation wing.

VKS Nigeria Construction limited is currently building a state-of-the-art terminal building at the Victor Attah International Airport in the State.

FAAN MD appointed into board of global aviation council