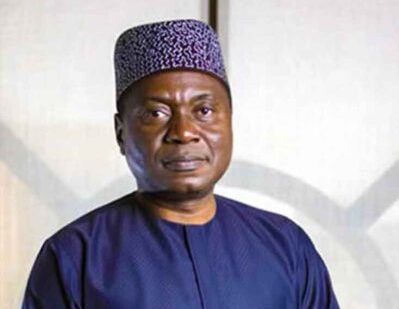 FEPSAN President says the new agreement will enable Nigerian blenders of NPK fertilizer to have access to improved supply of di-ammonium sulphate chemicals.

In line with the commitment of the President Muhammadu Buhari administration to make Nigeria self-sufficient in food production, the Fertilizer Producers Association of Nigeria (FEPSAN) has signed a second phase of agreement with Morocco’s state-owned phosphate and fertilizer group, OCP, to sustain the enhanced gains in agricultural productivity that started in 2016.

The current agreement, which takes the earlier one signed in December 2016 a step higher, will deepen the cooperation by the two organizations in technical support for blending operations as well as agronomic assistance for enhanced fertilizer application and agricultural productivity.

A statement signed by FEPSAN President, Thomas Etuh, said the new agreement is aiming to enhance the existing arrangement that has enabled Nigerian farmers to access high-quality fertilizer at affordable prices.

It will also help to improve the agriculture industry by increasing the volume of raw materials supplied to Nigerian blenders under the aegis of FEPSAN, Mr Etuh said.

This new agreement, the statement said, will also include the provision of technical support by the OCP to the Nigerian fertilizer producers, especially given the expected increased appetite of the market for locally blended NPK fertilizers.

Unlike the initial agreement signed in 2016 and structured for a three-year life span, the new agreement shall be on a continuous basis.

It will be recalled that the first phase of the agreement was signed during the visit to Nigeria, of King Mohammed VI, and was pivotal to the start of the Presidential Fertilizer Initiative (PFI) that started with eight blending plants in 2016 but has increased the number to 42 accredited plants in different parts of the country.

The first phase of the agreement also helped to strengthen the private sector to stand on its own during the initial three-year period and will now give way to a new private sector-led initiative, according to a new directive by President Muhammadu Buhari.

While speaking on the terms of the agreement, Mr Etuh commended President Muhammadu Buhari for his initiative to revive hitherto moribund fertilizer blending plants in Nigeria for the benefit of Nigerian farmers and the national economy as a whole.

The FEPSAN, who also commended OCP Morocco for its support for the agricultural policy initiatives of the government of Nigeria, said the new agreement highlights the importance of cooperation among African countries towards the growth and development of the continent.

“The agreements signed between, as represented by FEPSAN, and OCP Morocco, represent a laudable milestone in intra-African cooperation towards the development of the continent. We are happy that the journey that began in 2016 under the leadership of President Muhammadu Buhari has reached new heights of values for the economic growth and development of Nigeria, especially the very critical area of food production and enhanced capacities in agricultural development,” he stated.

The FEPSAN President was optimistic that with the new agreement, Nigerian blenders of NPK fertilizer will be able to have access to improved supply of di-ammonium sulphate chemicals, critical for NPK fertilizer production, adding that with new benders coming on stream, Nigeria will be on the path of improved fertilizer market.

“When the Presidential Fertilizer Initiative (PFI) was envisioned by His Excellency, President Muhammadu Buhari in 2016, we at FEPSAN were upbeat about making Nigeria self-sufficient in fertilizer production in record time,” Mr Etuh said. “With this new agreement that also includes the provision of technical support by OCP, our additional dream of playing a leading role in the future of the West and Central African fertilizer supplies market has been given extra fillip.”

He expressed the belief that Nigerian farmers and players in the agricultural value chain would soon begin to reap the benefits that, according to him, would also improve the country’s gross domestic product while also providing even greater employment opportunities that were experienced under the first phase of the agreement.

The event was witnessed by Governor Mohammed Badaru of Jigawa State and Chairman of the PFI; Mustafa Terrab. Chairman of OCP and Timipre Sylva, the Minister of State for Petroleum resources among other dignitaries.