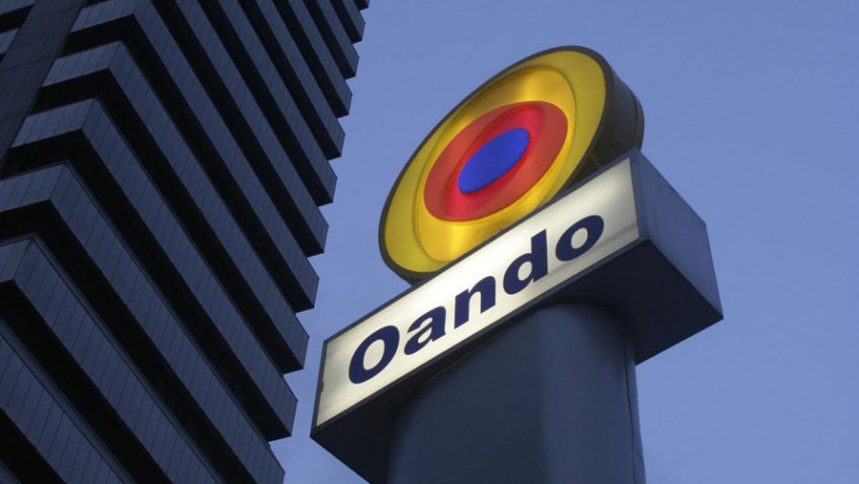 Oando PLC joined the Nigerian Stock Exchange (NSE) top gainers with a 10 per cent increase in share price from N3.18 on Tuesday, to N3.41 on Wednesday.

The share price appreciation can be attributed to the recent announcement of the nullification of the Securities and Exchange Commission’s (SEC) suspension of Oando’s Annual General Meeting (AGM), in a ruling presided over by Justice O A Musa, at the High Court of the FCT.

The court ruling, deemed a big win for Oando shareholders, was filed by Patrick Ajudua, an Oando shareholder.
According to Olowola Kehinde, an Oando shareholder and Coordinator, Sage Shareholders and Inc, “This news is evidence that if given the opportunity, our shares could be doing considerably better on the capital market. Overnight, this positive ruling by the court has seen our share price go up by 10%, imagine how much more it could have appreciated by if given a favourable operating environment since 2017. The SEC issue has evidently, harmed our share price and we hope the regulator can see this and will look for a resolution that benefits shareholders”.

Following the news, investors poured into the stock helping it top the gainer’s chart. Recall that in 2019, after the Securities and Exchange Commission (SEC) dismissed Oando’s board over allegations of poor corporate governance and management infractions, the company’s share price dropped by 20% from N4.65 per share on May 31, 2019, the day of the announcement to N3.80 per share on June 3, 2019. Nearly 2 years on and as a result of the suspension of the company’s AGM, there has been no insight into the company’s corporate initiatives and financials leaving little room for growth in share price.

Speaking on the jump in share price, an Oando shareholder in Lagos said, “For four years, Oando and SEC have been in a tussle and we the shareholders have been the ones on the receiving end. We bought these shares as investments and it’s painful not being able to reap any benefits from this investment especially for an issue that can be resolved in a boardroom. We’ve pleaded with SEC to allow the management team to focus on running the business rather than fighting in court but there has been no movement until the court ruling yesterday. For two years we have had no oversight of our investment or what the company is doing, we value the role of the regulator and want them to do their jobs properly but at the same time we are hopeful that SEC will see this as an opening for a resolution that will benefit all starting with us shareholders whose interests they are to protect.”

Nigeria was in a recession for the second time in four years, brought on by an unexpected and still ongoing pandemic. It saw the Nigerian Government in 2020 looking for ingenious ways to support individuals and businesses to ensure their survival; globally it has seen the collapse of well-known brands and substantial losses by leading companies. It is against this backdrop that Oando shareholders are clamouring for a resolution so the company’s management team can focus on ensuring the future of the business and their investments.

Market players will be watching the impact of the signalling effect of the court’s ruling and SEC action on Oando’s share price in subsequent days as well as the implications of finally being allowed to hold an AGM.

Why we are seizing Okorocha’s property – Governor Uzodinma