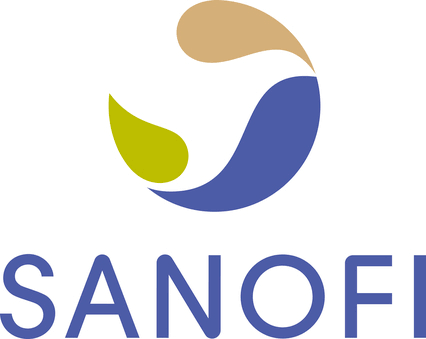 This follows after Nigeria, the last wild poliovirus endemic country in the region, recorded no new cases in three years – the requisite period – since it last reported cases of wild poliovirus.

Sanofi Pasteur, the world’s single largest producers of vaccines, is proud to be associated with this major milestone for Nigeria, WHO Africa Region and the overall global efforts to free the world of polio.

In Nigeria, Sanofi Pasteur has been working in collaboration with stakeholders such as the National Primary Healthcare Development Agency (NPHCDA), WHO, UNICEF and several multi-lateral and non-governmental organizations in the national immunization programmes for children under 5 years of age.

Charles Wolf , Vaccines Head for Africa, said: “The ambition to eradicate polio from the world has been a long journey. The recent declaration by ARCC certifying the WHO Africa region as free of wild poliovirus is a watershed for the WHO and all partners in the Global Polio Eradication Initiative (GPEI). For over three decades, we at Sanofi Pasteur have been supporting the global public health coalition on polio through our expertise and the provision of innovative vaccines to support national, regional and global immunization programs for children under 5 years of age”.

Polio is a highly infectious viral disease that is transmitted from person to person, mainly through a fecal- oral route or, less frequently, through contaminated water or food and multiplies inside the intestines. One in 200 infections leads to irreversible paralysis, usually in the legs. Among those paralyzed, 5 to 10 per cent die when their breathing muscles become immobilized. Polio mainly affects children under 5 years of age.

There is no cure for polio but the disease can be prevented through administration of a simple and effective vaccine, given multiple times. This is why efforts are underway across every country to rapidly boost immunity levels in children and protect them from polio paralysis.

In 1988, the Global Polio Eradication Initiative (GPEI) was launched by several stakeholders involved in global public health and led by the World Health Organization. At that time, polio was endemic in 125 countries with more than 350,000 children paralyzed each year.

Since then, thanks to the strong collaborations across the GPEI, there has been a 99.9% decrease in paralytic cases.

The fight against polio worldwide is not yet over. Sanofi Pasteur remains committed to supporting the GPEI until the disease is eradicated worldwide. Once polio is eradicated, the world can celebrate the delivery of a major global public good that will benefit all people equally, no matter where they live. By then, no child will ever again suffer the terrible effects of lifelong polio-paralysis.

Sanofi is dedicated to supporting people through their health challenges. We are a global biopharmaceutical company focused on human health. We prevent illness with vaccines, provide innovative treatments to fight pain and ease suffering. We stand by the few who suffer from rare diseases and the millions with long-term chronic conditions.

With more than 100,000 people in 100 countries, Sanofi is transforming scientific innovation into healthcare solutions around the globe.