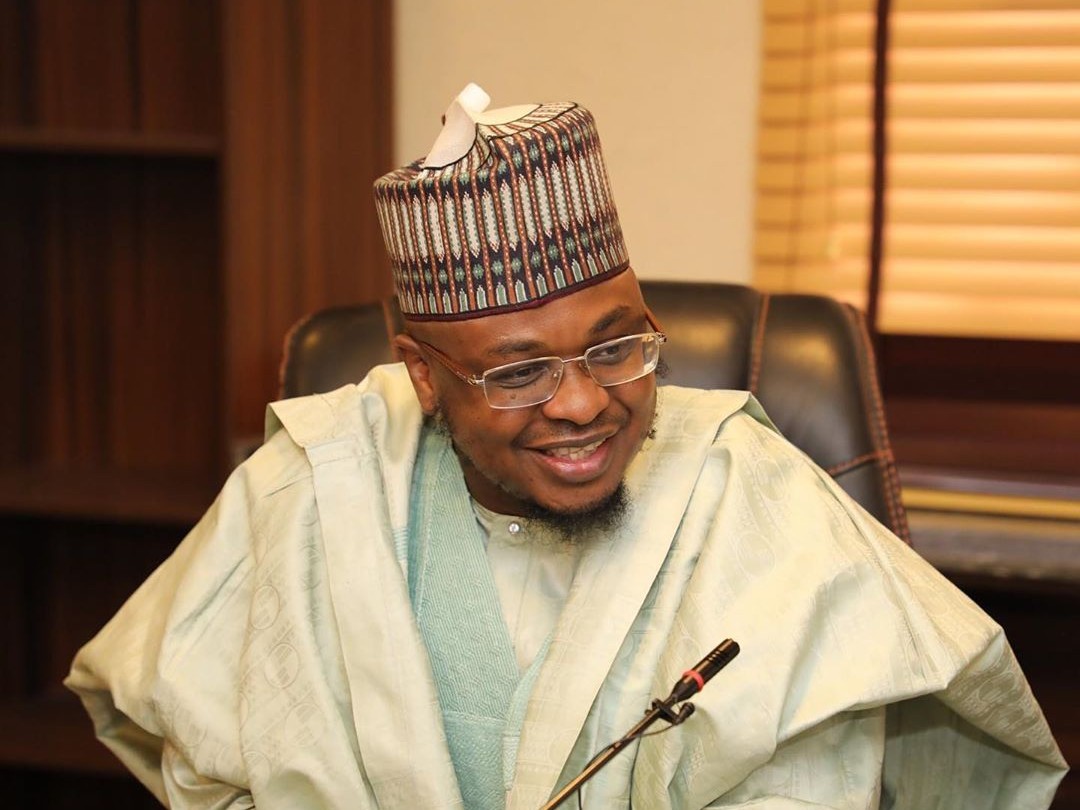 I have always been worried about how the media and politicians have turned to spreading a poverty mentality as a mode of attacking successful people most times for political blackmail. Even though they have succeeded with the public to a large extent, it is high time that some of us begin to make the public aware of some of these games especially knowing fully well the sort of damage some of these baseless insinuations could make to the society and its moral fabric.

Friday evening, Sahara Reporters came up with such kinds of cheap blackmail and this time it was on someone I hold dear and one that could make a damage to a very revered institution of ours. They went as far as posting some houses and purported them to belong to Dr Isa Ali Pantami and I wondered how that was news even if it was true but I then remembered the poverty stricken mentality of lots of the public who could give it some meaning and such inspired my write up for this evening.

Let me take us back to 2016 when the President declared his assets and then there was argument in the public on whether he owned a house in Aso Drive or other places in Abuja and I personally wondered how as a nation we have reduced ourselves to wondering why a former Head of State and an elder statesman would own a house or a few houses, was he supposed to be living under a bridge simply so he will satisfy Nigerians. The United States of America is usually our benchmark for comparison and I see so many beautiful houses on the streets of Washington and New York, must all of them be proceeds of corrupt practices? That is if we are insinuating owing houses is synonymous to corruption or ill act.

These same narrative has been set and has affected a large chunk of the populace even though a large chunk of it is an opposition to President Muhammadu Buhari because of his position on anti corruption. They have succeeded in making everyone feel like it’s a crime to make money. Part of the shout about poverty from all parts of the country is resultant from this because even people who make legitimate money and have philanthropic tendencies have chosen to keep their money to themselves and not share because of fear of such kinds of mischievous interpretation and a gullible public who could accept it as their truth.

For how long will such kind of narratives be continued to be spread while it affects the psyche of the populace into believing that it’s a crime to be rich, successful or wealthy. Young people now shun from getting into businesses and making money because of narratives like these. This is the basic reason why laziness has become the hallmark of the youths. Their most potent trade is to buy airtime and share mischievous stories like those of Sahara Reporters on purchase or not of homes.

After reading such kinds of stories whether true or lies, has anyone sat or attempted to make a research over what life Dr Isa Ali Pantami has lived before venturing into public service. Why should sharing a picture of a home just translate into something abnormal? When are we ever going to fill up the large deficit in critical thinking that has been bedeviling us and eating deep into the fabric of the society.

The much I have known Dr Isa Pantami has been working at the prestigious Islamic University of Madina where he must have made some savings from his earnings and his lifestyle never portrays that of somebody who is extravagant with money meaning he could keep savings for a long time. Furthermore, he has been a Director General at the National Information Technology Development Agency, a position that naturally attracts a good salary that could make good savings. He has made several travels outside the country on official duties that could fetch the country goodies and such travels attract statutory allowances that could again make good savings. He has also been a minister for almost a year now and must have legitimately earned remunerations for the position and also add to his savings. Would it then be a crime if such an individual chooses to live a moderately good life from his savings? This is assuming if the allegations of the bought house is true but there was no iota of evidence to prove the ownership of the purported property.

Dubai, one of the most visited destinations by Nigerians has Sheikh Al Makhtoom as its king and he owns a palatable palace and several businesses and companies, they not proceeds of corruption. Infact his countries anti corruption crusade is strong enough to have captured Ray Hushpuppi who was flaunting funds he could not account for, now this one right here is bad, let Sahara Reporters concentrate on such and their likes and stop spreading lies to imply that it’s a crime to utilize legitimate earnings.

The lesson the youths have to learn from such shenanigans is that of desisting from notions which suggest its wrong to work hard, make legitimate earnings and also utilize them for wellbeing. We must work as a unit to defeat platforms who continue to spread poverty stricken mentality as a norm.

Finally, President Muhammadu Buhari has to continue to be wary of platforms which continue to spread narratives that suggest utilization of legitimate earnings as synonymous with ill doing. What such narratives are aiming is to deplete the Presidents team of the star lights and thereby setting the stage for failure and then they celebrate. They also wish to take away strong people from critical sectors so they can plant their pliable individuals who could embezzle for the entire club including the owners of the platforms who spread such kinds of blackmails. For their information, Nigeria and it’s citizens are daily getting wiser past such cheap blackmail. As for the President, he can help them write a script of such kinds of cheap blackmails, he has seen tons of them. The owners of the platforms that spread such empty allegations have not come clean over the request by their political parties for audit on crowd funding of seeking elective positions. He who comes to equity must come with clean hands.

As for Dr Isa Ali Pantami, it is within his God given right to utilize earnings from business and life advancement for the betterment of his wellbeing and that of his family, there is nothing wrong with that even though we cannot authenticate the ownership or not of the purported property. All legitimate earners are also free to do same.

May the Lord continue to increase in wisdom to discern.
Hashim Suleiman
oneheartnaija@yahoo.com

The Case Against Hushpuppi – FULL DETAILS