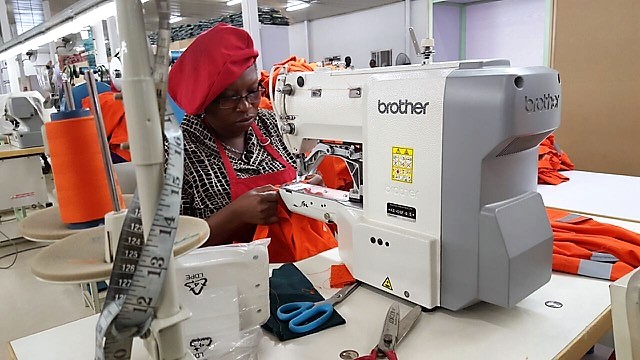 INTELS is known leader in Nigeria’s oil and gas services sector. In its 35 years of operation in Nigeria, the company has built an enviable reputation as a competent, responsible and trusted investor in the country’s economy.

The epitome of the company’s competence has been the manner it manages the multi-billion dollar investments in the Onne Oil and Gas Free Trade Zone in Rivers state, one of the largest of its kind in the world.

In more ways than one, the company has demonstrated in practice that public-private partnership is possible in the management of Nigeria’s port facilities.

The Onne Port has been transformed into a model and reference point for port management in Nigeria going by the commendable and exemplary way INTELS has managed the facility.

Many have recommended the INTELS example as the model for PPP in port management in particular and other sectors of the country’s economy at large.

Worthy of note is that the company is not only competent in technical operations, but equally a leader in community relations and people’s engagement. The company touches lives positively and impacts development in unique ways.

Many focus on the company’s giant strides in the oil and gas services industry, particularly in ports management in Nigeria. But, its Corporate Social Responsibility (CSR) philosophy should actually be a model for companies operating in the Niger Delta region.

Others seeking to institutionalise a conflict-free relationship with its host communities also have an invaluable lesson to learn.

Being a result-oriented company focused on real impact, by utilising its resources, human and material, to execute beneficial and life-changing projects, not many would read about INTELS CSR initiatives on the pages of newspapers, but on the faces of the people and communities the company has impacted.

INTELS’ achievements in various communities in the Niger Delta it operates are real and verifiable. They point to one fact: INTELS superior CSR philosophy brings real meaning worthy of emulation by others.

In over 35 years of its existence in the Niger Delta, INTELS has not encountered any community action or protest against its operations. This, more than anything else, confers a significant validation of the positive impact of its CSR philosophy.

In their reciprocal gesture, the host communities, which cut across Rivers, Delta, and Cross River States where INTELS has its indelible footprints, have equally adopted the company as a full-fledged worthy corporate citizen.

The company’s sincere and open CSR approach has given the people a sense of trust and ownership in its operations.

First, to empower, in a sustainable way, the indigenes of INTELS’ host communities, through the provision of employment and improved welfare to the people.

In order to function properly, the model categorises stakeholders into three: company, government, and communities.

Each of these stakeholders has respective roles and expectations in the overall success of the IPA strategy.

This helps the communities to have a clear understanding of a sense of mutual expectation I from the people and communities, on the one hand, and the company on the other.

One of the major benefits of the IPA is the opportunity it provides for the communities to determine and own executed projects.

Unlike other linear CSR practices that allow the company to decide a project for the community, regardless of its relevance to the people, the IPA allows communities to decide what will deliver the maximum benefits for the greatest number of people.

To provide a fair understanding INTELS’ IPA, let’s attempt an assessment of its success based on the three thematic areas of its underlining philosophy earlier outlined.

In empowerment of indigenes of host communities, INTELS probably holds the aces for the best performing company in local content compliance among other players in the industry.

In this regard, the King of Onne, His Royal Highness, Hon. (Dr.) J.D Osaronu, in a letter to INTELS commended the company for transforming the community into a modern metropolis.

In another instance, HRH further declared “the community told their young men and women to utilise their earnings from INTELS in a judicious manner to support the development of the community.”

Perhaps, heeding the words of their elders, many of the indigenes of the host communities have built houses and initiated viable businesses through the income they earn from INTELS Nigeria Limited.

As much as the company would love to employ all qualified and interested indigenes of the host communities, its biggest challenge has been availability of space to accommodate all at the same time.

Hence, INTELS devised other sustainable means of creating employment for the unemployed in the communities.

Three well-resourced empowerment programmes have been packaged to deliver the intended purpose.

The Youth Skill Acquisition Programme (YSAP) is the company’s flagship initiative to assist in training indigenes and prepare them for possible employment with INTELS or any other company operating within the Onne Oil & Gas Free Trade Zone.

This way, INTELS has contributed to the employability of the young minds in the communities.

A similar programme is the Host Community Graduate Trainee Scheme (HCGTS) dedicated to training graduates undergoing internship with INTELS, with a possibility of the permanent employment after the programme.

The trainings are specially tailored to empower participants in different areas of oil and gas services, including pipe welding, structural welding, marine engineering, mud engineering, AutoCad and other relevant specialisations.

For those who may not be retained at the end of their programme, INTELS would equip them sufficiently to enable them start a business, or prepare them to become employable by other employers in the industry.

In economic empowerment, INTELS has wholly embraced the local content philosophy of the federal government in a manner that truly empowers the people.

The company continually improves the lives of locals by awarding contracts to capable members of the communities to support their personal businesses.

As a matter of policy, INTELS reserves some community developmental projects to qualified contractors in the communities.

A typical example is the road project at Rumuokwurusi where the Landlord families registered a company with elected members of the various families as directors, specifically to execute the project.

So far, apart from a large number of employees, 40% of whom are from the host communities, INTELS has created over 30,000 direct and indirect jobs in various communities across the Niger Delta.

The ultimate mission is to ensure no employable indigene remains unemployed.

INTELS has also contributed greatly to the academic progress of the host communities through scholarship schemes that have benefited many deserving young and bright minds.

Often, it is said that an educated mind is empowered to think for himself and equipped to make rational and informed decisions.

INTELS’ scholarship programmes are also merged with social activities for the youth in the communities in order to channel the energy of the young ones into positive causes.

Such activities include sporting events, traditional festivals and carnivals and other activities that encourage togetherness, peace and unity.

Besides, INTELS also has a well-funded football academy to provide the requisite training for aspiring footballers from the host communities.

In the area of project execution, INTELS has delivered top quality projects in communities where it operates.

Projects are products of consultation, communication and partnership. They are agreed upon and selected based not only on their capacity to deliver immediate and long-term benefits, but also provide collective succour for the whole community rather than few individuals.

Such projects must hold the potentials to bring multiplier effect on not only the community, but also its economy.

Likewise, the sustainability of a project is also a major consideration. The company’s CSR philosophy discourages execution of projects that would be difficult to maintain and sustain years down the line, and eventually become a burden to the community.

Some projects executed by INTELS in various communities across three States in Niger Delta include construction and furnishing of primary and secondary school blocks; provision of befitting civic centres, town halls and palaces; and construction of roads and drainage projects.

Other projects are water boreholes, ultra-modern markets, provision of electricity transformers and generators, and construction of public conveniences to support the hygiene in the communities.

In response to the healthcare challenges of the communities, INTELS in partnership with Rivers State government introduced the Mobile Clinic, to take healthcare services to the people’s doorsteps.

In 2013 alone, after four years of its establishment, the Mobile Clinic had provided consultations for over 70,000 individuals across Niger-Delta communities.

Finally, people aspiring for greatness are often advised to identify giants and ride on their shoulders, because it is a wiser strategy to emulate those who have weathered the storm and are still standing as giants.

In CSR practice in Nigeria, and especially the Niger Delta, INTELS stands out as a colossus and giant all other companies should emulate.

The company has shown it is possible to do business in any society, excel and maintain a trustworthy and sincere relationship with members of the community.

In all, INTELS is not just a leader, but heads and shoulders above others in Nigeria. INTELS’ CSR feat cannot be captured in a single publication of this nature. It’s a phenomenon that can only be appreciated by experience.

Lagos APC: I am not plotting to displace Tinubu – Banire