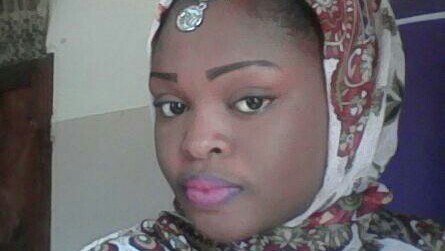 Re: Aisha Buhari: The ‘designer’ first lady who fooled my people

Aisha Buhari’s dexterity to call attention of her husband and party faithful to germane issues that need redress has in recent days opened up yet another debate in our political space for all sort of narratives.

I am not so much concerned by those with genuine intentions, whatever position they might have taken in this debate.

However, I take it as a duty to correct an impression created by some amateur sponsored writers, who come up with glaring malicious conjectures against the wife of the President.

I would not have bothered to respond to Umar Sa’ad Hassan’s article, published in the Cable online newspaper of October 21, 2016, on this matter. But, the consequences of ignoring this mischievous information authored by someone who, supposedly, is a lawyer by profession, would be too much.

For the avoidance of doubt, Aisha Buhari was never known to be poor, or a liability to her husband. She is an educated woman who cherished the sanctity of her family long before her husband ventured into serious politics.

She was well trained and equipped by her husband, who probably had the vision that this day would come when he would be called upon again to service his nation as president.

It is quite horrendous when people wake up to dish out despicable information on a simple message Aisha Buhari passed to help her husband succeed in his current task as president.

Hassan only brought his cognitive capacity to ridicule on an issue like this, by claiming Aisha Buhari has family problems with her husband, especially with the president coming out to tell the whole world that his wife still belongs to his heart (other room).

Therefore, it amounts to crass and inept thought to say that Aisha Buhari risks divorce to address issues party members as well as fair-minded Nigerians have been saying secretly and even in the open.

Hassan’s analysis of the first lady’s fashion exposed his intent. It only takes an intelligent reader to digest few lines of his write-up to get a clear picture of his mindset and those he is speaking for.

Hassan must definitely be one of those idle lawyers ready to do anything to satisfy his paymaster, or an interest, even if that thing was a violation of some basic ethics or moral obligation that is the hallmark of his profession.

How else can Hassan explain to anybody that Aisha Buhari’s costumes became such a headache to a serious-minded man, who is not a stylist, to the extent of valuing her outfits to events since her husband became the President of the Federal Republic of Nigeria.

It was beamed live on national television networks how Aisha stood by her husband when he was being sworn in to office and her costume stood out.

The fact that the Cartier Wristwatch she wore was valued by some people to cost over £34,000 is only a simple logic that this woman was not poor. Hassan’s jaundiced scrutiny simply amounted to a deliberate attempt to malign the First Lady and misinform the general public.

It was meant to allude to insinuations that her costumes to the United Nations General Assembly (UNGA) and the African First Lady’s Submit had anything to do with her husband’s office.

By any standard, Aisha is a natural beauty, who studied and practice body beautification. Combining this with her affluence testifies that her admirers are genuine people who know what it takes to look good.

Aisha Buhari has, despite not holding the official title of “The First Lady”, been doing more than enough for the women-folk and the downtrodden, especially the starving children in the internally displaced persons (IDP) camps through her non-government organization, NGO.

She has achieved a number of local and international recognitions by reputable organizations on these selfless services without any record of interference or haughty influence on any of her husband’s appointees.

It’s very unfair for Hassan to link her to any ugly narrative he was trying to relating to nepotism. It’s naive to see nepotism in speaking for the silent members of the president’s supporters if you didn’t notice the moral burden on the part of some of your Kano people, including your sister, Mariam Uwais, and Aisha Abubakar from Sokoto who ordinarily shouldn’t be part of this government, even if they were offered.

Where conscience prevails, Amina Mohammed, Minister of Environment, should have also declined her appointment if I am not betrayed by the records on how she was instrumental to the probing of Mr. Buhari on Petroleum Trust Fund (PTF) during the Obasanjo regime.

My take is that she spoke out, not with the intent of disrespecting her husband, and Mr. President is fully aware of that.

You don’t know, or love her husband more than she does. She could have joined hands and played along with those elements she was indirectly referring to, and she would have been handsomely rewarded far above what you think she wanted for speaking out.

As you said, “it takes a woman with extra courage to go public, especially if married in a conservative Muslim North.”

However, this is a complete different ball game for a woman who wants to be heard that few elements in the corridors of power are trying to hijack and shut out others who initiated and nurtured this vision together with her husband, the president.

She has spoken for the sake of her husband, her children, and her generation who would be scrutinized when this administration is long gone.

She will continue to attract more admirers like myself who value her beauty and disposition to truth.

I rather can’t be fooled by paltry slogan sponsored by some people who are completely bereft of conscience. They feel threatened by her sincere comment and become so uncomfortable by her rising status, despite their lies to delineate her. We are not fooled by Aisha Buhari, rather we adore her for being real.