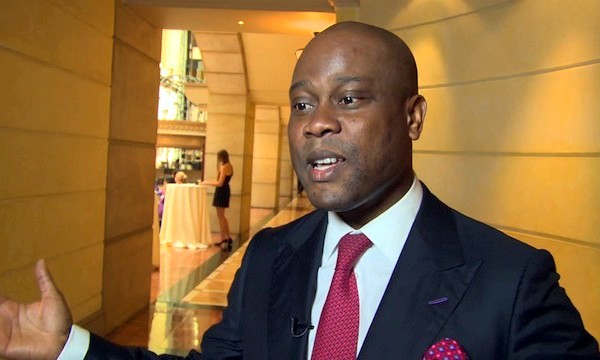 Herbert Onyewumbu Wigwe is the Group Managing Director/Chief Executive Officer of Access Bank but only a few Nigerians know the contributions of this brilliant mind to the growth of Access Bank and the development of the banking industry in Africa. His impressive pedigree is known to industry watchers, just as his humble lifestyle is not strange to those who are familiar with him.

This business leader, whose deftness and ingenuity are legendary, does not like the spotlight. In his over a decade as the Group Deputy Managing Director of Access Bank, he tactically veiled himself from media attention as he continued to pilot series of revolutionary business initiatives that enhanced the bank’s industry positioning and boosted its fortunes.

For his size of goldfish, the ability to evade media attention for that long remained a mystery because the impacts of his contributions were too visible to ignore. As a people’s person and team player, Herbert Wigwe likes leading from the crowd, for everyone to win together. His people-centered approach to leadership underscores his admiration and the tremendous followership he enjoys in the banking industry.

In 2013, Herbert Wigwe – the goldfish could no longer shield himself from media highpoint with his appointment by the Board of Directors of Access Bank to lead the bank to greater height as Group Managing Director upon the retirement of Aigboje Aig-Imoukhuede, his co-pilot on the transformation journey of Access Bank, touted as one of Africa’s most successful corporate transformation stories.

Since assuming office on January 1, 2014, Wigwe has had to deal with the fact that our society celebrates achievers, and not only their accomplishments as he would have wanted, for him to remain ‘private’ while his leadership initiatives and contributions to the African continent continue to impact lives.

In one strange instance, he felt the heat of leadership and had to take responsibility in a situation that affirmed him as great manager of men and resources. Like every odd instance in life, the situation faded away, and his good name remains untainted. For everyone familiar with Herbert Wigwe’s pedigree, personal values and career history, that was an instance of professional hazard, which characterises every trade in life.

The situation presented an opportunity for public valuation of Herbert Wigwe, and the court of public opinion discharged and acquitted him of any wrongdoing or violation because of their uncanny understanding of the situation, and familiarity with his stand on ethical practices and professional integrity.

Any feat he attains during his regal perch as the Group Managing Director and Chief Executive Officer of Access Bank should not come as a surprise to anyone because he underwent a career development process that could be likened to refining raw gold into the beauty we now behold and covet.

Subsequently, he joined Guaranty Trust Bank and rose to the position of Executive Director in charge of Corporate and Investment Banking. Herbert is an extremely cerebral individual reputed for his number-crunching aptitude. Credit Analysts who have had the privilege of working with Herbert are filled with glowing testimonies about one of Nigeria’s finest Bankers and insightful credit writers. His name is decently etched on plagues in offices across the country for his role in execution of some of the complex banking transactions that have positively changed the socio-economic landscape in Nigeria.

In his over a decade in Guaranty Trust Bank where he superintended several portfolios, including financial institutions, Corporates and Multinationals before joining Access Bank in March 2002 as Deputy Managing Director, Wigwe made indelible marks and contributions that signalled that he is responsible and has strong leadership credentials.

Not surprisingly, Access Bank has risen to become one of the “top five banks in Nigeria” and “ranked among the top 500 global banks in the world”, in just two years under his watch, according to a-2015 The Banker Magazine report.

A couple of years back, the governing council of the University of Port Harcourt, Nigeria could not ignore his exemplary leadership and pro-social behaviours, and consequently conferred upon Herbert Wigwe an honorary doctorate degree in Business Administration. The university reasoned that the best way to encourage a certain type of behaviour is to reward any individual or people behaving in that particular way.

The poster boy for ethical practices and professionalism in the Nigerian banking industry, Herbert Wigwe is striving to expand the rewards grid of the Bank’s stakeholders, such that the institution becomes synonymous with prosperity predicated on quality service, job security, and prompt payment of decent dividend to investors.

Clearly, Access Bank’s aspiration of becoming Africa’s most respected bank is unwavering. As the bank serves over 6.5m individual and corporate account holders, through 350 branches and with more than 1,500 ATMs in major centres across Nigeria, Sub-Saharan Africa and the UK, it still has its eyes on greater goals and every of its steps so profound that it qualifies as achievements.

Little wonder that in the first quarter of 2016, a profit rise of 42% was announced and Wigwe thanked the bank’s ‘ever-trusting shareholders, formidable board of directors and employees’, for the feat. Known for his willingness to inspire and lead by example, Wigwe’s brilliant mind is an abode of philosophical and inspirational talks that he ceaselessly shares with youths and his colleagues. Chief amongst his rules are these two, which he called rules to success, “Never give up on your dreams and do not break rule number one”.

During one of his sessions where he shared tips on how to succeed and lead right, Wigwe said, “Today I will do what others won’t, so tomorrow I can do what others can’t. Always learn from the mistakes of other people. Life is too short to learn through your own mistakes. God won’t stop the rain; but if you ask Him… and believe, He will take you through it.” Herbert feels indebted to the younger generation of Nigerians and has earmarked both his time and resources to help them become better than his own generation.

There’s one less thing to worry about this Christmas, Thanks to Kalabash!