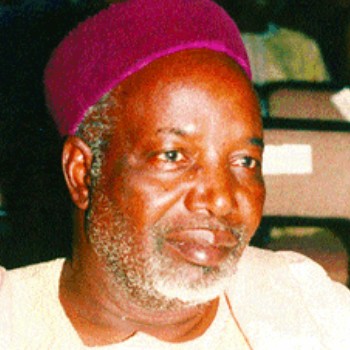 The Conference of Nigerian Political Parties (CNPP) has called on the Economic and Financial Crimes Commission (EFCC) to wade into the raging controversy over the failed third term bid by former President, Olusegun Obasanjo and probe the alleged N30billion spent on buying support from lawmakers.

The former president had kicked up the controversy during an interview he granted a Lagos-based independent television station last week by distancing himself  completely from the ill-fated plot, which he boasted he could have got if indeed he wanted it.

Since the report was published, several persons who played different roles at the time either in support or against the plot have reacted, including the then Deputy Senate President, Ibrahim Mantu, and his House of Representatives counterpart,
Austin Opara, who both exonerated Mr. Obasanjo of initiating the tenure elongation plot.

Both former lawmakers, who were chairman and deputy chairman of the National Assembly Joint Constitution Review Committee in 2005/2006, defended the former president on the tenure elongation project, claiming they were not aware that he was the brain behind it.

But their claims contradict that of former Senate President, Ken Nnamani, who insisted Mr. Obasanjo was not only aware of the plot, but that he actually sponsored the project with state fund.

Mr. Nnamani, who recalled that some lawmakers from the two chambers of the National Assembly received between N50million and N100million to trade their support for the bid, said on assumption of office, Mr. Obasanjo had told him of his intention and how he wanted to achieve it.

To remove the doubt about the culpability of the central characters, the CNPP, through its National Publicity Secretary, Osita Okechukwu, has challenged the anti-graft agency to unearth the truth for Nigerians.

“Now that Senator Ibrahim Mantu, former Deputy Senate President (DSP) and Chairman Joint Constitutional Review Committee (JCRC) during the 3rd Term saga, has come out publicly to defend ex-president, Chief Olusegun Obasanjo’s revision of history and his infamous role in the failed bid that cost the nation over N30 billion, the Conference Nigerian Political Parties (CNPP) calls on the EFCC to probe the failed exercise,” it said in a statement on Monday.

“The EFCC is in good stead to carry out this probe, because the Chairman of EFCC, Ibrahim Lamorde was the operations man in the Commission during this sordid era.

“We want to know who authorized the opening of the Central Bank of Nigeria’s vault where over N30 billion was withdrawn, the foot soldiers who distributed monies to lobby National Assembly members, Chiefs, Emirs, Obas and sundry characters, and who collected.”

The CNPP dismissed Mr. Mantu’s assertion, pointing out that the entirety of the issue was about the depletion of the country’s natural resources and the failure of the Obasanjo’s regime to complete any project, especially federal roads he awarded since assumption of office as well as the total criminal dislocation of the country’s journey to true democracy.

“The probe of the failed 3rd Term project is a matter of utmost national importance, not only to recover our looted funds, …but also to locate how Chief Obasanjo’s failure to extend his tenure led to his adoption of do-or-die political tactics that resulted in the 2007 sham elections and the emergence of the most incompetent government in our clime today,” the CNPP said.

Eagles fly out to Dubai for Egypt friendly