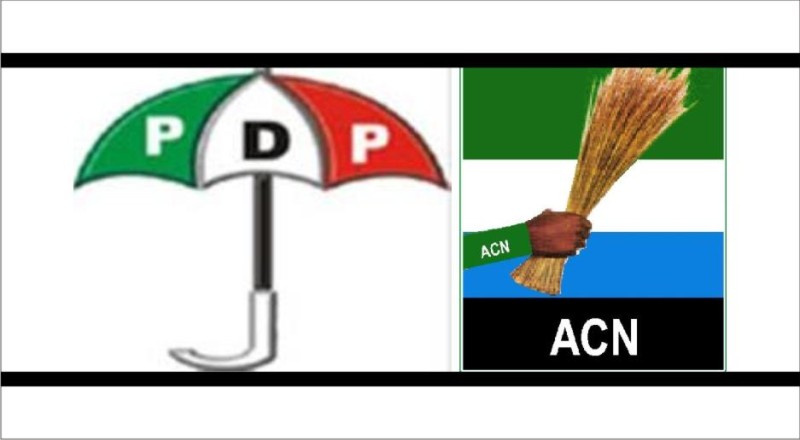 The Peoples Democratic Party (PDP) has hit back at the Action Congress of Nigeria (ACN) over the latter’s criticism of its convention that held last Saturday.

The ACN and the Congress of Nigerian Political Parties (CNPP) criticized the conduct of the convention, in which the new National Chairman of the party, Bamanga Tukur, emerged as a consensus candidate after 10 other aspirants announced their withdrawal at the convention venue. The ACN and the CNPP alleged that most of the candidates were forced to step down.

The PDP however says that contrary to the insinuation of the opposition parties, all the candidates withdrew their candidacy on their own volition, which according to the new spokesperson of the party, Olisa Metuh, is a sign of the party’s capacity for consensus building.

“The voluntary decision by aspirants contesting various positions to step down at the convention ground shows the PDP’s capacity for consensus building and internal cohesion. For the avoidance of doubt, contrary to the mischievous insinuations of these groups, no candidate was forced to step down,” Mr. Metuh said.

The spokesperson who spoke via a press statement released to the media in Abuja, Monday also castigated the ACN for what he describes as the Party’s ‘hypocritical stand’.

“We particularly deplore the hypocritical stand of the ACN. It is disingenuous for a Party that is completely under the whims and caprices of one individual to criticize a tested and trusted PDP process,” Mr. Metuh also said.

Mr. Metuh also said the PDP is now fed up with the mindless criticisms of its activities by members of the opposition parties, while also pledging that the newly elected members of the National Working Committee under the leadership of Mr. Tukur “shall not be distracted by attention seeking criticism in its avowed commitment to return the Party to the lofty ideals envisioned by the founding fathers.”

Meanwhile, the immediate past National Publicity Secretary of the PDP, Rufai Ahmed Alkali, who was also one of the candidates for the office of national chairman that stepped down for Mr. Tukur has congratulated the newly elected members of the National Working Committee.

Mr. Alkali, in a press statement from his campaign office, said he is confident that with the caliber of the members of the new NWC, the PDP would be more united and strong enough to render necessary assistance to President Goodluck Jonathan in his transformation agenda.