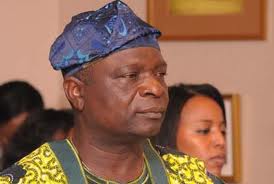 Until this morning, Mr. Oyinlola, a retired Brigadier-General, was not known to be a candidate for any party position. He did not obtain or return nomination forms, and had not campaigned at all.

The national secretary position has been zoned to the South-West geopolitical zone.

Members of the national convention planning committee and other candidates, who had lined up for screening, were shocked when the former governor arrived, saying he had come for screening as contender for the national secretary position.

Then words began to go round that the presidency and former Head of State, Ibrahim Babangida, had anointed Mr. Oyinlola for the position to the detriment of other candidates who had campaigned hard for the position.

To the surprise of the candidates, a source at the venue told Premium Times, Mr. Oyinlola was screened by the convention committee for the position, a development that angered the other candidates to no end. Some of them, this website was told, almost created a scene at the venue to protest Mr. Oyinyola’s admittance.

Premium Times gathered that Kwara State governor, Bukola Saraki, currently a senator, spearheaded Mr. Oyinlola’s entrance into the race despite stiff opposition to his candidature by the presidency allegedly as a result of some implications this might have on the party.

Amid the confusion among southwest delegates on the best way to resolve the crisis, some leaders from the zone are suggesting that the convention be postponed.