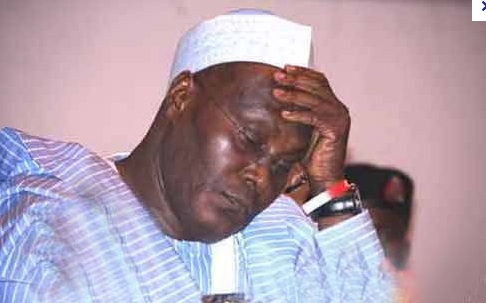 One week after a man climbed a telecom mast in Abuja to protest alleged non-payment of his debt by former Vice President Atiku Abubakar, another incident has occurred at Atiku’s Anguwar Rimi residence in Kaduna where an intruder attempted to force his way into the house.

According to details of the incident released by the Atiku Media Office in Abuja, the intruder banged persistently on the gate, demanding to see the former Vice President.

Policemen at the gate, the statement said, had to call for reinforcement to help them overpower the man. After his arrest, three copies of the Holy Bible, a rosary and some cash were found on the intruder.

Further investigations at Anguwar Rimi Police Station in Kaduna revealed that the man was suspected to be a serving army captain and the military authorities, when approached, also confirmed so. There were, however, indications that the intruder may have deserted the army two months ago.

It was not immediately clear, however, what the intruder’s motives were but the former Vice President expressed embarrassment at the two events in one week. He was particularly worried whether the events were a sheer coincidence or something more sinister.

Dr. SiD takes side in D