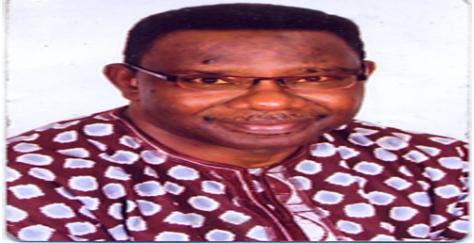 Tunji Shelle, the immediate past secretary of the Peoples Democratic Party (PDP) in Lagos State, on Saturday emerged the new chairman of the party in the state.

The News Agency of Nigeria (NAN) reports that Shelle would take over from Setonji Kosheodo, the outgoing chairman.
Mr. Shelle emerged as the new chairman through consensus, following the withdrawal of two chairmanship aspirants at the congress held amidst tight security at the state party secretariat.
The aspirants, Anayo Ebeano– the outgoing state legal adviser– and Waliu Hassan, a chieftain of the party in the state, withdrew from the race for the emergence of Shelle.
Mr. Shelle, in his post-election speech, assured members of the party that he would carry them along in the scheme of things.
Mr. Kosheodo, in his opening remarks, said that the new leadership of the party would bring more smiles on the faces of the members.
“I assure you that the incoming executive will build upon our achievements to take PDP to the Promised Land in the state,” he said.
NAN reports that personalities at the congress included Olabode George, the PDP former Deputy National Chairman, South-West; Dapo Sarumi, a former minister of communinations; Retired Gen.Tajudeen Olarewaju, and 2011 governorship candidate of the PDP in Lagos State, Ade Dosunmu.
A Federal High Court in Lagos had on Friday gave an order barring the Lagos State chapter of the party from going ahead with its state congress scheduled to hold on Saturday.
Justice Mohammed Liman, in his ruling, held that the interim order was necessary to protect the outcome of a pending substantive suit, which could be defeated, if the order was not granted.
The court had refused to hear the plaintiffs’ application for an interlocutory injunction to stop the congress, saying there was no evidence that the defendants were served with court processes.
The plaintiffs in the suit are some aggrieved members of the party, who claimed they were dissatisfied with the conduct of the ward congresses held by the party across the local government areas in the state on March 3.
The plaintiffs were led by the party’s chairmanship candidate for Agege Local Government, Imam Akorede.
In their substantive suit, they were seeking the annulment of the said local government congress for non-compliance certain provisions of the party’s constitution.
The defendants were Musiliu Obanikoro, Dupe Sasore, Ayo Waddel, Lekan Sobowale, Adegboyega Oyebola, Lanre Osundairo, Tunji Amosu and Wahab Owokoniran.