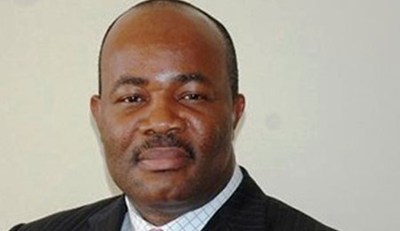 Governor Godswill Akpabio of Akwa Ibom state has denied reports making the rounds that governors elected under the platform of the Peoples Democratic Party (PDP) are planning to gang up against president Goodluck Jonathan in the forthcoming convention of the party slated for 24th of this month in Abuja to elect new set of leadership that will run the affairs of the party.

The government said this at the Aso Rock presidential villa Monday when he arrived to attend the meeting of the National Economic Council (NEC).

Mr. Akpabio said all the reports are mere speculations and that the president is the leader of the party and the governors are not in any way against their leader.

Mr. Akpabio also commended the president for the full military burial granted to the late Odumegwu Ojukwu saying that such an action is what is needed to unify the country.

“So for me that celebration was worth it, because it is a celebration of the unity of the entire country and the fact that yes indeed we are among the very few countries in the world that came out from such civil war stronger than what we were when we went into the civil war. Nigeria became more united after the civil war so despite what Ojukwu stood for as at that time, I believe he died a unifier and that the celebration of his death is in right direction”

JAMB should defy Boko Haram By Aliyu U. Tilde