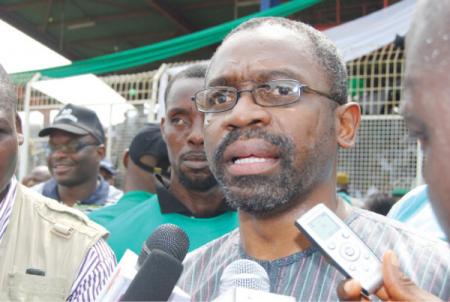 The Action Congress of Nigeria(ACN) lawmakers in the House of Representatives have backed calls for the convening of a sovereign national conference, criticizing efforts to douse the agitation.

Calls for national talks to decide on a new constitution and a structure for the country have grown recently mainly from the opposition parties and civil society groups, but major backers of the ruling Peoples Democratic Party have vowed to oppose its convening.

President Goodluck Jonathan and the senate president, David Mark, have both opposed the idea, arguing that the call was unnecessary since the National Assembly can carry out the needed function.

Last week, the House of Representatives spokesperson, Zakari Mohammed, said the House will toe the same line. Mr. Mohammed said the National Assembly was doing all that are necessary to reposition the country.

But the House of Reps ACN caucus has distanced itself from that position, describing it as Mr. Mohammed’s possible personal opinion since the matter had never been discussed by the House.

At a press conference on Thursday, the caucus led by House Minority Leader, Femi Gbajabiamila, said the National Assembly lacked the powers to overhaul and initiate a fresh constitution, arguing that the body could only amend the serving constitution.

“If the national consensus is to write and produce a new constitution, then such will be outside the purview and the mandate of the National Assembly,” the group said in statement.

But the house spokesperson, Mr. Mohammed, has maintained that it remains the position of the house not to support such calls. He argued that asking for convocation of the SNC was tantamount to asking lawmakers in the National Assembly to vacate their seats.