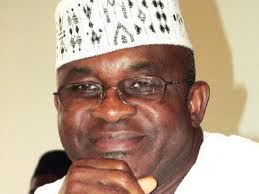 The Senate will advice President Goodluck Jonathan to shift the kick-off date for the removal of fuel subsidy to April 1 and reverse the cost of petrol to its pre-January 2012 price, sources familiar with the plans have told Premium Times.

The upper legislative chamber, led by its President, David Mark, reached the decision on Tuesday during several hours of closed-door meeting to consider burning national issues.

It was the first time the Senate met this year, and it opted to hold its deliberations behind closed doors, demonstrating once again its aversion for openness and transparency in the handling of public affairs.

The House of Representative, which is becoming increasingly more reliable and transparent, had held its deliberation in the open, and even allowed a live broadcast of the proceeding.

The decision reached at the secret deliberation, some of the senators believe, is a “soft landing” for the President and the quickest way to resolving the current impasse between the government and Nigerians.

The proposal is expected to be conveyed to the president within 24 hours, a source told Premium Times.

The senators based their proposal on the premise that the 2011 fiscal year has been extended to March 2012, arguing that the government could keep the subsidy till the budget year expires on April 1.

In a speech read to journalists by Mr. Mark, after its closed door session, the Senate  officially admitted it would play a mediatory role to ensure the protests in the country do not get worse but refused to openly take a definitive stand on the contentious matter like its House of Representatives counterparts.

“In order to overcome this impasse, it is imperative that we engage each other honestly on this issue,” the senate president said.

Economic activities in Nigeria have been grounded since Monday after labour unions declared an indefinite strike following government’s New Year Day announcement of cut in fuel subsidy. In a bid to avert the strike, the House of Representatives held an emergency session on Sunday requesting government to revert to the old price of N65 per litre of petrol.

President Jonathan however dismissed the House of Reps resolution as mere “opinion” and labour simply went ahead with its strike.

“Although the economic argument in support of fuel subsidy removal is compelling, the political and social imperatives must also be considered,” the senate president said.

But he quickly added that “on the other hand, this government is compelled by a genuine drive to transform the country and expand opportunities for economic growth.”

He added that during the recess, he directed the Senate Committee on Labour, Employment & Productivity to interface with labour groups. “I had also urged individual Senators to engage with labour and civil society organisations.

“The senate leadership has also been interfacing with the leadership of the Nigerian Labour Congress and the Trade Union Congress as well as the executive,” he said.

The senate has been investigating the utilization of the 2011 budgetary allocation for fuel subsidy due to perceived mismanagement of the scheme.

“We are yet to receive (that) report,” the senate president said. “Let me assure Nigerians that the Senate will not shy away from using its legislative instrument to bring to book all those found to have abused the subsidy proceeds.”