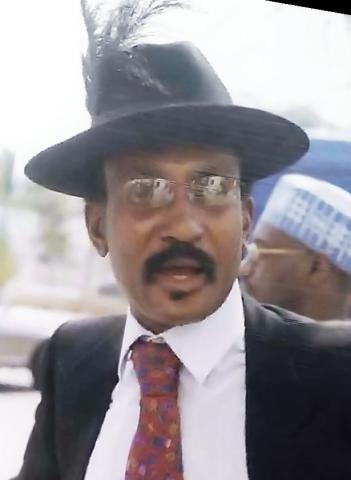 Following the declaration of a state of emergency in some parts of northern Nigeria by president Goodluck Jonathan, Premium Times sought the opinion of some leaders in the north.  Some were of the opinion that the action of the president is in order and a step in the right direction, while others welcomed the declaration with misgivings and “cautious optimism”. There are those who even questioned the legality of the president’s action.

For the Gbong Gwong Jos, the president’s action is welcomed as long as it would lead to peace not just in Plateau, but in the entire northern region. The traditional ruler, who spoke to Premium Times through his public relations officer, Mr. Wukaska Gowon, also said any action taken by the president that could stop the killings in his domain “is fully welcomed”  while also promising to cooperate with both the federal and state governments to ensure peace returns to the Plateau.

On its part, the Borno State government said it was  taking the pronouncement by the president in good faith. The position of the state government was made known to Premium Times through the Director of Press, Usman Ciroma,  in a telephone interview. Mr. Ciroma said the state had no problem whatsoever with the declaration.

Asked if they were consulted by the presidency before the declaration, Mr. Ciroma said he was not aware of any consultation adding however, that the people in the state were still wondering  what the declaration portended, but that no one seems agitated or concerned.

Premium Times also sought to know the views of the Arewa Consultative Forum. It’s national publicity secretary, Anthony Sani, however declined comments,  saying” if it is about emergency, I am not ready to say anything because I don’t have all the details.”

However, Mohammed Ali, a member of the Kaduna State House of Assembly representing Kawo constituency under the platform of the Congress for Progressive Change (CPC) told Premium Times the decision to impose a state of emergency in some flashpoints across the country was in order, but that ” as far as Plateau state is concerned, the action is belated. He should have taken such a decision a long time ago, may be a lot of lives would have been saved.”

Mr Ali also urged  the president to go beyond the declaration of emergency to also consider reshuffling the leadership of the security agencies. “

On his part, John Joseph Hayab, a senior adviser with the Kaduna state government on religious affairs and former secretary general of the Christian Association of Nigeria, Kaduna State,  said it was unfortunate that the president was pushed into taking such a decision.

“We know the president to be considerate and mild and for him to take such a decision, it must be for the good of all,” he told Premium Times

Mr. Hayab also said the declaration of emergency alone could not guarantee peace in the north unless all the leaders in the region become interested in lasting peace and support the federal government’s initiatives.

“Northern leaders have to show that they need peace. The Boko Haram people are not faceless; some people may be supporting them that is why they have the guts to do what they are doing, Mr. Hayab said.

The national administrative chairman of the Jama’atul Izalatil Bidi’ah wa Ikamatis sunnah, the umbrella body of sunni muslims in Nigeria, Abdullahi Bala Lau,  also supported the president’s decision saying, ” this is what he should have done a long time ago”.

The muslim cleric however urged the president to go beyond the declaration by also implementing reports of various committees formed in the past to look into the matter.

“ No one is above the law and anyone found wanting should be prosecuted. Only then shall we know the government is serious about entrenching peace not just in the north, but the entire country” Mr. Lau said

He said,  “To me I can only make elaborate comments when I see the kind of administrative structure that will evolve in these local governments separate from what exists.”

Mr. Umar also closing the borders within these local governments might be counter productive as thos passing through such borders would simply find alternative routes.

He urged government to “first  concentrate on knowing who the enemy is first before pushing for a decision such as closing the borders.”

Before we burden the people yet again