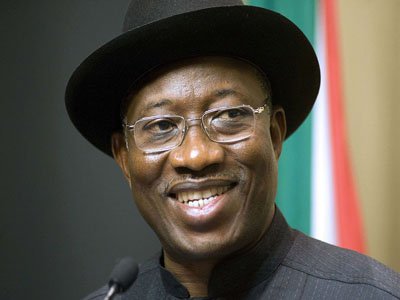 Nigerians looking up to the Senate to block President Goodluck Jonathan’s plan to cut subsidy on the pump price of petroleum products might be dissappointed afterall. Indications emerged on the floor of the upper chamber today that the Senate would approve the president’s medium term expenditure frame work, which includes the guidelines on the removal of subsidy on imported fuel.

The Senate’s direction on this touchy and controversial issue contradicts the position of the lower chamber – the House of Representatives – which approved substantial portion of Mr. Jonathan’s proposed expenditure framework, but rejected the proposal to cut subsidy on the pump prices of petroleum product.

This Tuesday, at a resumed debate on the framework, majority of the senators praised and showed support for the plan leaving only a few on the opposing side.

The senate leadership, after at least two secret meetings with the presidency in the last two months, sought urgency in approving the plan on Tuesday to catch up with the House of Representatives which approved the plan last week.

The delayed approval of the expenditure framework is responsible for the delay in the submission of the 2012 budget proposal. It is also a key indicator of the fate of the proposal to cut fuel subsidy.

When approved, its major component would be executing government’s intention to phase out fuel subsidy beginning from 2012.

“This will free up about N1.3 trillion in savings,” the proposal states.

The senators, who were initially vehemently opposed to the planned removal of subsidy on imported fuel, on Tuesday praised and argued strongly in favour of the proposal. They said the subsidy arrangement had lost its relevance and should be removed.

“It is a question Nigerians must make up their mind to confront it (removal of fuel subsidy) today or tomorrow,” Ayogu Eze (PDP Enugu State) said. “The prognosis is that it will come to a time – within the next six months to one year – that the NNPC (Nigerian National Petroleum Corporation) may not be able to pay its obligations on subsidy. The country will have to make a decision whether to continue to cry together or whether we want to move forward. I think we must not shy away.”

The few senators opposed to the plan criticised it for its anti-people stance and lack of a clear plan on how funds saved from the proposal would be to create jobs and developments in each sector of the economy.

“I am not in support, in any way, of the removal of fuel subsidy until we are very much satisfied how it is going to impart on the lives of Nigeria,” Garba Gamawa (PDP Bauchi State) said.

The President of the Senate, David Mark, however, said the plan was just a “preliminary work.”

A senate panel, led by its committee has seven days to prepare the plan for approval. The major intent of the fiscal framework is governments’ intention to phase out fuel subsidy in 2012.