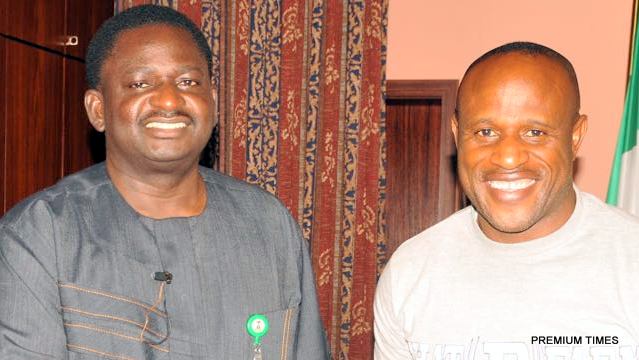 Organisers of the Nigeria Pitch Awards on Thursday said they are set to debut a new project, the Africa LAMPS Awards.

The awards project is a new reward system designed to recognise deserving minds and brains of African descent at home and in the diaspora, officials said.

Mr. Shina Philips, President of Nigeria Pitch Awards in an interview with PREMIUM TIMES explained that LAMPS is an acronym for Legends of Arts, Management, Music, Politics, Science, Sports and Security.

Mr. Philips said the awards were “targeted primarily at combing the continent to reward men and women of knowledge that have impacted not just Africa but also the world.”

“The award itself is to recognise and appreciate not just excellence but those men and women who through knowledge and hard work have impacted this continent and the world.”

Mr. Philips said “from the period of the slave trade when Africans were dispersed and ferried to other parts of the world, the African people and the continent’s resources have always impacted whatever part of the world they are taken to and they in fact still have much more to give.’’

“In the eyes of the international community, it may appear that we are failing in the area of leadership and science but that is not the true picture. The picture will be enacted through these awards that we are coming up with which will project Africa in a good light.”

According to Mr. Philips, the award ceremony will be preceded by a lecture on key issues affecting the continent.

The Vice President of the Nigeria Pitch Awards, Nelson Olafisoye, said the target of Africa LAMPS Awards was bringing Africa together in such a way that the world would see a different Africa.

“We are concerned with the negative pejoratives with which the continent has been described and painted. We want to show that the average African narratives goes beyond wars, corruption, militancy and diseases; Africa has very intelligent men and women and we hope to be able to harness these personalities to be able to give Africa a new face,” he said.

Organisers said all necessary machinery were already in place for a painstaking voting process which would see every country on the continent contribute to the emergence of credible award winners.

Hoping for a grand start in Nigeria or even in Addis Ababa where the African Union Headquarters is located, organisers of the Africa LAMPS Awards said success for them would be when Africa can look up to the winners and say yes, these persons have actually done a lot for the continent and the world.

“When Africans are able to raise their heads in pride and say, ‘’we also have intelligent people. You understand the feeling when you hear Obama appointed a Nigerian as an adviser or the queen is honouring some young African entrepreneurs,’’ Mr. Olafisoye said

Speaking further, he said, “Nigeria is not only about 419 or corruption, we have wonderful people. So success for us will be not just the fact that we have been able to hold an edition but that Africans can look up to a winner and without controversy say, this is an hero of Africa.’’

With support already coming from some countries including The Gambia, Mr. Philips said he was confident the Africa LAMPS Awards would hit the ground running.

“We hope the first of these awards will be the firm foundation to carry it on for years to come. Right now, we have moved from the aspect of strategic planning to the area where we can talk to the media and tell them what we have up our sleeves.’’

“We seek the support of all institutions that we would be working with to see this comes out successful. This is a process where we would encourage true competition among those that would be nominated.’’

‘’For the maiden edition of the Africa LAMPS Award, every category has three nominees and in all, we have just 15 winners.’

‘’It is going to be highly competitive and it would give Africans the confidence that whoever is nominated is well deserving of the award and is also a citizen of the world,” Mr. Philips said.