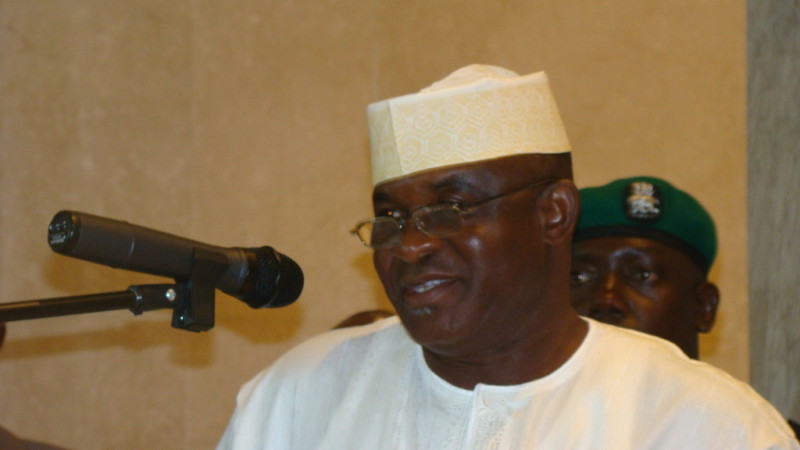 A former Senate president, David Mark, has finally responded to report exposing his link with offshore shell companies in breach of Nigeria’s code of conduct for public officers.

On Tuesday, PREMIUM TIMES exclusively reported Mr. Mark’s links with eight offshore companies in British Virgin Island as shown by the leaked database of Mossack Fonseca, a Panamanian law firm reputed for helping clients register shell companies, some of which are used for illicit purposes.

The Mossack Fonseca database shows that Mr. Mark is one of Nigeria’s most extensive users of offshore shell companies, even while being a public official.

In the documents, Mr. Mark was repeatedly marked as a politically exposed person, and at a point the former Senate President had to send documents, across to Mossack Fonseca to prove that he was clean.

Before the report was published on Monday, Mr. Mark declined to respond to PREMIUM TIMES inquiry.

But on Thursday, he responded through a statement by his media aide, Paul Mumeh, denying link to any offshore company.

In his response Thursday, Mr. Mark claimed he had gone through the #PanamaPapers database and that he was never mentioned anywhere.

However, Joshua Olufemi, Project Manager at the Premium Times Centre for Investigative Journalism, has punctured the former Senate president’s claims.

“It is the height of falsehood for David Mark to claim he has looked through the database, and that he didn’t find his name,” Mr. Olufemi said. “The database is not public, and the strict security protocol around it will not allow unauthorised users to access it. So which database did he check?

“It is sad that a man who was the number three official in our country will cook up this level of lies. If he indeed has access to the database, he should look again, and he will find his name and his companies listed there. The earlier he accepts that reality the better.”

It remains unclear what businesses Mr. Mark conducted with the companies he incorporated in the named tax havens.

While not all owners or operators of such offshore entities are criminals, owning or maintaining interest in private companies while serving as a public official is against Nigerian laws.

Section 6 (b) of the Code of Conduct Act says a public office holder shall not, “except where he is not employed on full‐time basis, engage or participate in the management or running of any private business, profession or trade.

Our attention has been drawn to spurious Media reports on the Panama papers in which former President of the Senate, Senator David Mark was alleged to have operated offshore companies.

For the avoidance of doubt, in the released materials of the Panama Leaks, his name is not listed anywhere in the database of Mossack Fonseca Law Firm.

We reiterate categorically, that he is not directly or indirectly connected to any of the companies registered, operated or managed by the Mossack Fonseca Law Firm.

We challenge all those behind this propaganda and Media outburst to prove or show that Senator Mark’s name was mentioned in the leaks. He is prepared to stand and defend himself against any accusation in relation to this matter.

Senator Mark’s Media team has carried out its own search of the Mossack Fonseca database and found no statement, item or any connection to Senator David Mark or his Family. It follows that there is no record whatsoever of any impropriety or wrongdoing.

We recall that in his quest for Senate Presidency in 2007, there was an attempt to bring a similar issue to the fore in order to stop him. So what are their fears now in 2016 for regurgitating the same issue?

Once more, Senator Mark has distanced himself and any member of his family from the said Mossack Fonseca Firm and has no affiliation whatsoever with any company operated, registered or managed by Mossack Fonseca.

Senator Mark has not contravened any laws of the land and he is treating this for what it is, an attempt to blackmail and tarnish his hard earned image by some political elements.

As a public officer, Senator Mark has maintained a high level of decorum, respects and observes the laws of the land and believes in the sanctity of the rule of law. He will not be distracted by what is clearly a deliberate mischief and propaganda.

Records of all his assets are available with the relevant government agencies and can be verified.

He has consulted his legal team and will take this up accordingly.