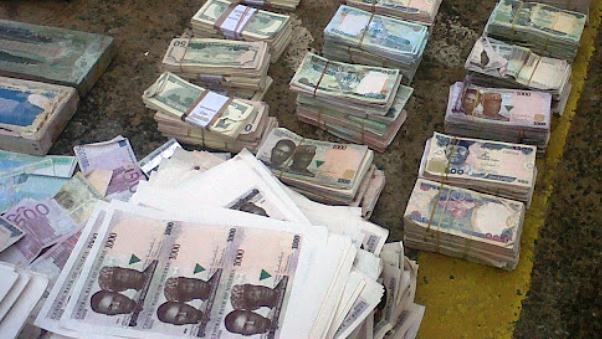 The presence in circulation of different series of the US dollar suggests that there are other less-disruptive-to-economic-activity ways of doing this.

The naira’s further loss of value to the dollar at the parallel markets following the announcement, was sign that something might be amiss with the decision of the Central Bank of Nigeria (CBN) to circulate a “new series of banknotes at N100, N200, N500, and N1,000 levels” effective 15 December. In part, the Central Bank governor’s press release announcing this was to blame for much of the ensuing confusion. Mr Godwin Emefiele suggested that the large hoarding of “banknotes by members of the public” was one of the problems that the Central Bank sought to address with this new initiative. Inevitably, given the state of the economy, most commentators asked, “What role does currency hoarding play in the upward pressure on domestic prices and the naira’s ill-fortune in the parallel market?”

If inflation is the result of too much money chasing fewer goods, how was the market to interpret Mr Emefiele’s argument that statistics available to the apex bank showed that “over 80 percent of currency in circulation is outside the vaults of commercial banks”? Inevitably, again, most commentators sought to make sense of the policy initiative within the context of the Central Bank’s price stability duty. And to be fair to the Central Bank of Nigeria, under Mr Emefiele’s watch it continues to plumb unimaginable new depths in how not to run monetary policy.

Amongst other reasons, this is why it matters that the data on currency outside the banking system, as a proportion of the currency in circulation, is not all of the truth. CBN data (which ought to be available to the governor) indicate that since 2014, the only time that this ratio has been lower than 80% was in 2015. In other words, not just has this so-called “hoarding” of banknotes been on for a while now (if at all). It is also unlikely to be a cause of either rising prices, or the naira’s chronic value loss against major currencies. Aside from this, to tinker with the currency (either through issuing new banknotes, their replacement, redenomination, or as in India in 2016, demonetising certain levels) in response to runaway prices is the monetary policy equivalent of a driver recalibrating the temperature gauge of his car while in motion, in order to deal with the nuisance of an overheating engine.

It’s far better to find a hard shoulder, park and check the vehicle’s coolant level and cooling system. Cursory attention to the physical state of a large number of the banknotes in circulation shows that this basic housekeeping chore has not been carried out in a while. Indeed, Mr Emefiele admits that whereas the norm is to “circulate new local legal tender every 5–8 years, the naira has not been redesigned in the last 20 years”. This and an inexplicable reluctance to replace worn and mutilated notes explains the dearth of certain denominations of banknotes, the unsightly circumstance of the ones that are available, and the wry anecdotes of banks’ cash machine custodians ironing these notes to make them fit for dispensing by their automated teller machines (ATMs).

Yet, for everything there is a proper time. And while we may cavil at the CBN for the delay in replacing worn naira notes, it is doubtful that the approach to the year’s biggest festive season and the middle of an electioneering campaign is the right time to do this.

For the most part, the constraints here include the fact that banks, in response to rising business costs, have shortened their business hours. It is conceivable that the Central Bank may compel them to open shop for extended hours in order to help complete the note swaps. But the country will simply have moved associated costs on to the balance sheets of banks. Surely, it cannot be the Central Bank’s intention that its housekeeping work increases the domestic cost of doing business for certain sectors of the economy.

While, in the end, domestic money banks (with their large profits) will easily bear these costs, the same cannot be hoped for other players in the currency ecosystem. Whether it is the cost to the rural dweller who has to travel to the nearest bank branch in order to swap her meagre savings or the additional costs to banks that might have to adjust the trays in their ATMs in order to accommodate the new notes, the CBN has simply pushed up domestic costs at a time when the cost of living is exerting a terrible toll on the pockets of the poor and vulnerable and in a most auspicious period.

The presence in circulation of different series of the US dollar suggests that there are other less-disruptive-to-economic-activity ways of doing this. It is far easier to issue the new banknotes and retire the old ones by natural attrition than to impose the burden of a tight deadline, after which the old notes cease to become legal tender.