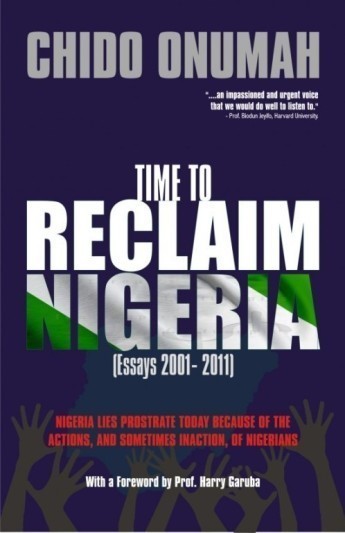 History, optimism and rededication: A Review of Time to Reclaim Nigeria (3)

A number of preliminary observations can be made about this chapter.  First, all the 11 essays were written in 2006 – in fact, in the first half of 2006.  Second, the chapter essentially deals with two issues, namely: the   abortive attempt made by General OlusegunObasanjo, president for two terms, 1999-2007, to engineer the amendment of the Constitution to allow him run for a third term; and the attempts  made to “rehabilitate” former military president, General Ibrahim Babangida, as part of the preparation for  his planned participation,  as a candidate, in the 2007 presidential election.  We shall quickly dispose of the first subject – in just one statement – and then proceed to the second which is my main interest here, but not necessarily that of the author.

Obasanjo’s  “third term” agenda, according to my reading of  the author’s narrative, was defeated by an unstructured  coalition of political forces that had nothing in common except that they were all Nigerian and wished, for  different reasons – ranging from patriotism and democratic spirit to self-interest and opportunism – to see Obasanjo leave office on May 29, 2007. I agree.

We may now focus on the author’s account and critique of Babangida’s attempted rehabilitation. His essays on this issue and the Preface to the book by BikoAgozino reminded me of two particular books I cherished in my political self-education in late 1970s and early 1980s:  The Marxist  by C. Wright Mills and Armies and Politics by Jack Woddis. Mills, a brilliant and prominent left-of-liberal American sociologist, died rather young-before 50 -but not before the publication of his two or three sociological classics.   The Marxists was, however, published posthumously, in 1962. The book, which I still have with me, is a historical and political study – critical study – of Marxism and Marxists by a non-Marxist who was however, not anti-Marxist.  The section of the 450-page book that I particularly recall here is Chapter Five which is just  nine  pages long.  The chapter is titled Rules for critics.

In the Rules for critics, C. Wright Mills set out rules which would guide his work and which he recommended for other critics.  Among other things he said: “I am not going to argue over definitions as such, especially definitions of emotive terms, but will break them up into distinct and empirically answerable questions, using  neutral terms having clear and unambiguous meanings”.  And yet another rule: “Understand and use consistently the principle of historical specificity” (emphasis mine).  Mills recalled that Marx himself practised this second rule and I recall that Lenin explicitly admonished Rosa Luxembourg to adhere to the rule in his debate with her on the national question.

By “historical specificity” Lenin meant, in short, the consideration of a question within a definite historical period and definite geopolitical boundaries. To these two rules, which I endorse, I shall be adding my own rule:  Do not re-write history, by which I mean that critics should not, consciously or unconsciously, explicitly or implicitly, alter facts of history or omit important facts of history – even when it is convenient to do so.

Jack Woddis was the Head of the International Department of the British Communist Party.  In addition to Armies and Politics which was published in 1977, Jack Woddis wrote Africa: the way ahead, Introduction to neo-colonialism and New theories of revolution.  The segment of Armies and Politics  which interests me here is the first two sentences of Chapter 12  which is titled An army won and lost: “On September 11, 1973, the Chilean army overthrew a democratic government and established a fascist type tyranny. On April 25, 1974, the Portuguese army overthrew a fascist government and opened up the way to the establishment of a democratic system”. The two sentences which embody a historical contrast warn us to be dialectical in our political analysis and criticism.

We may now return to Chapter 2 of ChidoOnumah’s Time to reclaim Nigeria and specifically to the essay In praise of dictatorship (pages 77 – 80). Here the author recalls a story carried by one of our national newspapers in the last week of May 2006.  The story was titled “Belgore defends military rule”.  Justice Belgore who was then the Chief Justice of Nigeria was reported to have “defended” military rule in a speech he delivered at the  launch of a book in honour of his predecessor, Justice Uwais.  The former military President, General Ibrahim Babangida, chaired the event.

Justice Belgore was reported to have said: “They say their (that is, the military) coming to power was illegal.  Were they really dictators? They came to cure a malady in the national development; malady of ineptitude,  corruption, and divisive tendencies and so many other things”.  According to the report, when, in the course of his remarks General Babangida referred to himself as a “former military dictator”, Justice Belgore responded: “Our chairman called himself a military dictator. Well, every military regime must have some dictatorial tendencies because that is the only way it can be successful”.

ChidoOnumah’s reaction to this report, as expected, was sharp and condemnatory. His words: “I don’t know which country Justice Belgore was referring to, but there is nothing ‘successful’ about the role of the military in the Nigeria I know. From the intrigues of the military brass that led to an internecine civil war (1967-1970); to the corruption and waste that attended the Gowon regime (1966-1975); to the anti-people regime of General Obasanjo (1976-1979); to the high-handedness of the Buhari/Idiagbon regime (1983-1985); to the destruction of the economy and the social fabric of the country under IBB (1985-1993); to the murderous regimes of SaniAbacha and AbdulsalamiAbubakar (1993 – 1999),  Nigerians have had to endure the inglorious actions of people whose calling is to defend the country and the constitution”.

Many Nigerians, including myself, would share the anger of the author of Time to reclaim Nigeria. Many Nigerians, including myself, would agree that “if one wanted to know why former military dictators would have the nerve to assault the national psyche perpetually he or she should look no further than the comments of Justice Belgore”, and that Justice Belgore’s comments could not promote democracy – to say the very least.  But having endorsed this patriotic indignation, we have to point out its shortcomings.

There are two vital omissions in the list of Nigeria’s military dictatorships: the regime of General J.T.U. Aguiyi-Ironsi (January 16, 1966 – July 28, 1966), and the regime of General Murtala Mohammed (July 29, 1975 – February 13, 1976). The Ironsi regime was the first military dictatorship in the country. The military dictatorship of Murtala Mohammed succeeded the Gowon regime and was in turn, succeeded by the Obasanjo regime. But although Generals Ironsi and Murtala Mohammed were in power for relatively short periods (incidentally, each for about six months and a half), each of the regimes was, to put it midly, as “eventful” as any of the military regimes listed by Onumah – except possibly that of Gowon.  The phrase, “intrigues of the military brass that led to an internecine war” is too vague to be taken as a description of the Ironsi regime or the pre-Civil War Gowon regime.

Subsidy probe ends with doubt over implementation of outcome