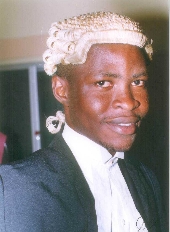 As an expert on Indigenous Peoples’ Status and Rights and author who has published book on the Rights and Status of Indigenous Peoples’ in Nigeria, an academic research that spanned six years, I hereby contribute this piece addressing the latest proposed amendment to the 1999 Constitution concerning insertion of Indigene Clause in the constitution which will confer indigenous status on any citizen of the country, who has lived in an area for 10 years, thus making the visitor become an indigene of the host community.

Based on various indigenous peoples definitions propounded by United Nations, World Bank and a host of experts on the subject, it has been established that for any group of person to claim “indigene status” the following conditions must be met:

(1)  Proof must exist to show that the group was “traditionally regarded” as the first inhabitants of the said territory, and they must have a special relationship or tie with the land.

(2)  There must be proof of age-old subsistence economy by the group.

(3)  The group must be vulnerable, in otherwords they must be defenceless against the dominant group of the society; and

(4)  The group must be seen to be culturally distinct from the dominant society.

Objectively, the first condition is the only one relevant to the “indigene clause” issue and therefore will be examined solely. While the proposal before the National Assembly looks “genuine” on the surface, attainment of indigene status goes deeper than that, in otherwords, people desirous of indigene status must prove that “they are traditionally regarded” as the first inhabitants of the said territory and they must also have a special relationship or tie with the land.

The requested proof could be evidenced by age-long land-based religion or worship centers, burial grounds or graves of their fore-fathers. The fact of being descendants of the first inhabitants has to be proven by group of people claiming to be indigenes. This is where the World Bank characteristic stressing self-identification and identification by others comes into play. Group desirous of indigene status must be self-identified and identified by others as members of a distinct cultural group.

In interpreting indigene definition, it could be deduced that the status could only be attained by birth into the lineage of people regarded as first inhabitants of a place. While an argument could be made that marriage into one of such lineage could confer indigene status, this could only stand as far as the volatile nature of Nigerians would allow. Ife/Modakeke is a very good example that comes to mind. These are two communities of same tribe who had co-existed for several decades; their relationship is so interwoven to the extent that there are inter-marriages between the two communities. It is however a fact that when a feud started between the two communities sometime ago Modakeke men and women that came to marry in Ife were killed and vice versa.

The issue of indigene is so sensitive that it should not be toyed with because its repercussion would be calamitous. Indigeneity should not be confused with Naturalization under immigration law whereby an alien may become a citizen of a country after residing in the host country for certain years.

In Nigeria, a visitor to a place is seen as a stranger and there is no way a stranger will become an indigene of a community in Nigeria. Such stranger cannot prove special relationship or tie to the land. Even if such stranger builds factory in the host community, the moment trouble starts the issue of who is an indigene and who is not will arise and such stranger might have to flee or lose his life.

The best the National Assembly could do is to legislate that any Nigerian could contest for any elective position in their state of residence if they have lived there for 10 years. While this sounds reasonable, it is not realistic. There is no way an Igboman will win a governorship election in Kano state or an Hausa man win governorship election in Abia State. Even if the election result were manipulated and an Igbo man wins election in Kano State, there is no way he can rule in Kano, the best he could do is to rule remotely while residing with his kinsmen in Igboland.

Nigeria is not yet California, USA where Arnold Schwarzenegger, an Austrian became a governor. Nigeria is not there yet but we shall get there some day.

National Assembly should therefore not bother wasting tax payers’ money legislating on a law that can never materialize.

Dr. Ademodi is based in Miami, Florida.  He is a Special Advisor on International Human Rights Research for Global Guild for Human Survival.  Email: ademodi.global@sids-supportguild.org

Tony Chidi Akudinobi, a Flower in the Dustbin?