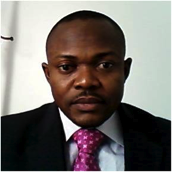 For many years now, the debate for the creation of State Police in Nigeria has endured. There has been a plethora of strong arguments put forward by those in favour of the proposal and those against it. I have listened with growing passion to the postulations of many eminent scholars, lawyers, clergymen, human rights activists, governors, legislators, student leaders and other opinion leaders on the issue.

One spectacular thing about this whole debate is that both the pros and the cons agree that a State Police is good and desirable for a federal state like Nigeria. The only point of disagreement is the ‘foreseeable controversies’ that will greet the implementation and eventual operations of the arrangement by reason of an unknown and undefined factor called “the Nigeria Factor”.

I will now address some of the arguments put forward by both the proponents and antagonists of state police and attempt to deliver a verdict on whether the controversy is necessary at all.

The first issue I like to address, is what I prefer to call the controversy of control. The question of who will eventually control the apparatus of a State Police is a veritable source of controversy. This would be a needless controversy if our leaders understand and believe that democratic principles do not allow for dictatorial tendencies and undue personal interference with constitutional, legislative, legal and legislative processes. It will also be a needless controversy if both the leaders and the led accept to build a just and egalitarian society placing the ‘common good’ as focal point in decision making. The Controversy of Control is clearly seen by statements usually made by some of our governors anytime there is breakdown of law and order within their domain. Statements such as : “I don’t have control of the police in my state”, “The Commissioner of Police in my State does not take orders from me” or “The Commissioner of Police does not report to me”. With due respect to the governors who have expressed their frustrations this way, I feel such statements are unfortunate and unnecessary because at best they could only generate some level of sympathy for our “State Chief Security Officers” but  will be greatly flawed if looked at from a different perspective.

I indeed sympathize with these governors for ‘their inability’ to maintain law and order within their domain but let us not allow emotions generated by sympathy to always becloud our sense of reasoning. Who says the responsibility of maintaining law and order rests solely on the governors? Such responsibility should rather be collective and not a one-man business. Why should one man, in a democratic setting, think he should have the ‘power’ to give orders to the police and expects ‘total obedience’ even though it contradicts professional ethics and legal procedures?

From the ongoing debate, I have come to the understanding and almost tempted to conclude that it is the unfortunate desire of some state governors to be given such ‘absolute powers to control’ the state police that has put most people on the con-side of this debate. The question is: Will any democratic setting or are we as civilized people willing to grant such absolute power to any one man? Even with the present structure of the Nigerian Police Force, I do not think the President has such powers. No matter the intent, content or tone of any ‘presidential order’ to the police, the police officer to implement such order is expected to apply discretion and professionalism and act within the confines of the law. He is the policeman. The president is not. If this is true, then the Controversy of Control of State Police is unnecessary.

Secondly, there is also the Controversy of Sectional Interest. The question of whether state police will promote sectional interests or ethnic sentiments in its operations is also unnecessary. The main source of this controversy again is the actions of some state governors who have embarked on some sort of ‘ethnic cleansing’ of their states’ civil service. The sole reason given by these governors was inability to pay salaries! This smacks of shallow-mindedness and lack of visionary leadership. But, surprisingly today, some of these governors have become the proponents of state police. This is yet another reason why those against state police are afraid. Although this is a genuine reason to be afraid, such fears should not deter us from implementing changes that will turn around the fortunes of our society.

If state police can work in other civilized societies, it can work in Nigeria. But the problem with Nigeria is that when good ideas are ‘borrowed’ for implementation, the features that make that idea work where it was copied will be negatively doctored to suit personal, party, cabal and even sectional interests. Just like the concept of democracy was ‘imported’ into Nigeria, the practitioners never believe in the tenets and ideals of democracy. They would rather prefer the Nigerian version that has deliberate loopholes to enable and encourage what would not be possible in other democratic societies.

To assuage this genuine fear of sectionalism, let us point to some ready facts. It is an incontrovertible fact that many non indigenes are working in the employ of most, if not all the states of the federation. I am sure you know at least one non-indigene working in any of the States Civil Service. I know at least an Igbo indigene in the Lagos State Civil Service. I also know at least one Akwa Ibom indigene in Katsina State Civil Service. It will be unthinkable for any state to contemplate setting up a state police force without considering recruiting qualified non-indigenes residing in the state. Non-indigenes also contribute positively to the economic and social development of that State. A point to emphasize here is that the laws of any state apply to both indigenes and non-indigenes alike, even non-Nigerians. Do we have states within Nigeria with a separate set of laws for indigenes and a different set of laws for non-indigenes? I do not think so and as such cannot imagine how a state police will serve sectional or ethnic interest in the course of carrying out its constitutional duty of law enforcement and maintenance of peace and order.

The unfortunate and most regrettable observation about the State Police debate is that it is most likely to be politicized. Among the debaters, the politicians are the most unstable in their positions. At one time they are amongst the pros. At another time they are among the cons. A politician-debater on the issue will support creation of a state police if his party controls his state but if and when his party is no longer the ruling party in that state, he suddenly becomes a ‘nationalist’ and begins to pontificate on why and how state police will promote sectional interests, destroy our fledgling democracy and eventually lead to Nigeria’s disintegration. These politicians by doing so do not only publicly demonstrate selfish interest but also advertise their crass ignorance about the nobility and the great need of state police in our present circumstances.

The failings, problems and challenges of the Nigerian Police Force are indeed numerous and of varying degrees. However, these challenges are not peculiar to only the Police and so should not be used a reason against the call for the creation of state police. The same challenges are also plaguing all other federal and state agencies and all the arms of government at all levels including the obscured Local Government Councils which, though closer to the people, are obviously disconnected from them.

The chief among these problems is corruption, which perhaps is the undefined ‘Nigerian factor’. It is highly commendable that the current Inspector General of Police is determined to “reduce corruption in the Police Force by 80%” although the time frame and the measurement parameters are not yet known. However, those who have ever witnessed the gallantry of some of our police officers would not hesitate to agree that if our police force (whether federal or state) is given the needed support, resources, training as well as a courageous and sincere leadership, it would rank among the best in the world in a very short time.

Will the debate over state police ever come to an end? The input of Nigerians should be important in crucial national issues such as this. I think the controversy surrounding the desirability or otherwise of State Police can be put to rest through a ‘free and fair’ referendum.  The result of this referendum should be acceptable to all irrespective of which side of the divide one stands. As insecurity continues to rage unabated in the country, the time to do this is now. Let us all arise, putting aside narrow, personal, party or ethnic sentiments and support the call for state police.

We need it now more than ever.