Trump 2.0 is a possibility and the man is seriously looking forward to it. He has the capacity of a brigand; he fights – fair or foul – he just fights, anyway. 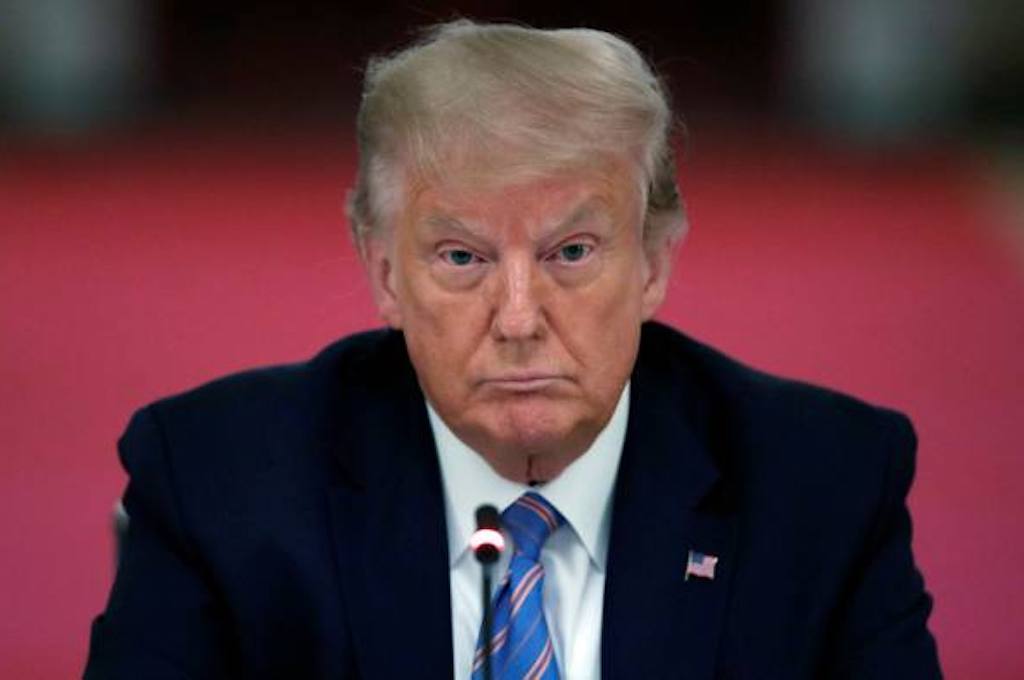 Trump is not done, yet. And anyone who thinks otherwise should remember what his cousin, Mary, told The Guardian about him in January 2021: “He’s never had a legitimate win in his life. All that matters is getting the win, no matter if there’s an asterisk next to it.”.. Why? Because asterisks are to a demagogue what the red flag is to the bull. America, watch your back!

Former US President Donald Trump didn’t just happen to the United States. He hit the world like the climax of a horror movie.

Scene after scene, act after act, left the thoughtful in bewilderment, the reserved in shame, and even the incorrigible in doubt. Only the fantasts and ultra-right wing extremists were impressed by Trump’s macabre dance.

It was a phase like no other when he freely abused the expression, “To make America great again”.

Apart from his British double and ally, Boris Johnson, only clips from Uganda’s past, without their bloody trail, throw up a shadow of semblance in contemporary history.

If Idi Amin, Uganda’s maximum ruler and self-styled conqueror of the British Empire, was alive, Trump would have had a living black effigy, a master of doublespeak. He shifts grounds from subject to subject, changing the narrative before the audience has time to think, and then closes the story with a conclusion neither relevant to the beginning, nor logical in its summation.

Although Amin declared himself Field Marshal and life president, he only lasted between 1971 and 1979 – roughly the same eight years Trump aspires to rule the US. Amin’s cleverer latter-day successor, Yoweri Museveni, has been, paradoxically, the one to live Amin’s dream of a life presidency.

Museveni, who led a guerilla warfare to “liberate Uganda from Amin”, has been in office for 38 years and is still counting. Now the whole world is worried about liberating Uganda from him.

With Trump, facts don’t have to be factual. Any line makes a syllogism, so long as it justifies his ends. His presidency reduced the most powerful country in the world to a theatre of absurdities, an endless circus of drama, where Trump was the scripter, director, lead actor, hero, critic and more.

It was under Trump that the world really doubted for the first time in many decades the primacy of the US in global affairs – whether it involved the climate debate, migration (legal or otherwise), the pandemic or even the nuclear arms challenge.

With skin tougher than a reptile’s, Trump drove through scandals, not batting an eyelid. He rigged the Supreme Court with conservative justices, trampled over Congress and bullied the press. Trump was not just a master of the alternative universe, he also sustained it with hysteria that left normal folks doubting their own sanity.

A darling of the Christian right, he may as well have borrowed his moral compass from the Crusaders, an earlier generation of Christians, who lacked the grace to accommodate what they could not change, but did not lack the courage to undermine or destroy them.

Trump was never wrong, as long as he called the shots. He must have thought Nixon was foolish to have resigned at the mere triviality that was Watergate.

Coming on the heels of the remarkable era of Barack Obama, Trump had the very effect of that bull inside a China shop. Frequently seeking judicial reinterpretation of his indiscretions, America lost its sense of outrage under him! With brazen incorrigibility, he simply blew out one scandal with another.

When, after four difficult years, Americans had the chance to choose again, the confused, frightened world prayed that American voters would find the courage to escort DJT out of the White House and back to his Towers. That’s where his alternative facts and self-serving narratives move mountains and form the operational blueprint.

But he didn’t only resist by stirring an insurrection on the Capitol, he would go on to ask the courts and whoever cared not to accept or confirm Joe Biden’s electoral victory. Sounds like a tale from a thriller, but we lived through it.

If that system was meant to provide some balance and comfort in America’s complex federation – and possibly stop the emergence of demagogues, as some argue – well, it failed to deliver in 2016.

The Electoral College, that 230-year-old political contraption, became the very vehicle that took Trump to the presidency. Hilary Clinton had trounced him with a margin of 2.8 million popular votes, but the counter-democratic wisdom of the electoral college overrode the popular will of Americans.

In the words of one of the founding leaders of the US, James Madison, the Electoral College was meant to ensure that the president is elected “by men most capable of analysing the qualities adapted to the station, and acting under circumstances favourable to deliberation, and to a judicious combination of all the reasons and inducements which were proper to govern their choice.” Trump possessed anything but these qualities.

His Democratic opponent warned and admonished, most prophetically, about the man lacking the temperament and wisdom befitting of the job. The electorate heard, and adhered, but the “College” did the reverse. The world felt the impact of that mistake, and America bore this burden for four long years.

As America approaches the 2024 elections, chances of a Trump on the ballot are a possibility not to be dismissed, considering how he pushed through the Republican primaries to the presidency in 2016. He feels even more surefooted now, despite the outcome of the midterm elections.

And he stunned the world even more. He wouldn’t leave the White House without a fight and attempted a coup. He wouldn’t concede defeat or congratulate the man who beat him at the polls. He sulked, balked and bluffed. But in the end, he had to slink away like a bully humiliated by an underdog.

The mid-term elections in November in the US provided Trump with another opportunity to show-up in the ring again, hoping for a Red wave, which thankfully, did not happen. He still wants to make America great, to “save” America.

His fanatical crowds are unrelenting, cheering him at the podium like nothing happened before. And just like before, too, the world risks the mistake of under-estimating Trump, thinking he is going nowhere.

Whether Trump will succeed or not depends on the Republican Party, a party so beholden to Trump that it answers twice, even when he calls once. If he overcomes the loop, his brand of entrepreneurial politics and personality cult could generate a bandwagon effect that may be hard to stop.

As America approaches the 2024 elections, chances of a Trump on the ballot are a possibility not to be dismissed, considering how he pushed through the Republican primaries to the presidency in 2016. He feels even more surefooted now, despite the outcome of the midterm elections.

He claims he wants to save America. But America desperately needs to save itself from him. He’s never been short of this messianic complex. And he knows when and how to deploy it to devastating effect.

Trump 2.0 is a possibility and the man is seriously looking forward to it. He has the capacity of a brigand; he fights – fair or foul – he just fights, anyway. The end justifies the means. With Trump, the world should never say never until he has been retired by consent or by force.

Trump is not done, yet. And anyone who thinks otherwise should remember what his cousin, Mary, told The Guardian about him in January 2021: “He’s never had a legitimate win in his life. All that matters is getting the win, no matter if there’s an asterisk next to it.”

Why? Because asterisks are to a demagogue what the red flag is to the bull. America, watch your back!

Azu Ishiekwene is Editor-in-Chief of LEADERSHIP.