Africa and the space race: Benefits, challenges and solutions, By Obinna Henry Ama

The unlimited benefits of space exploration have lured a handful of African nations into the space race. 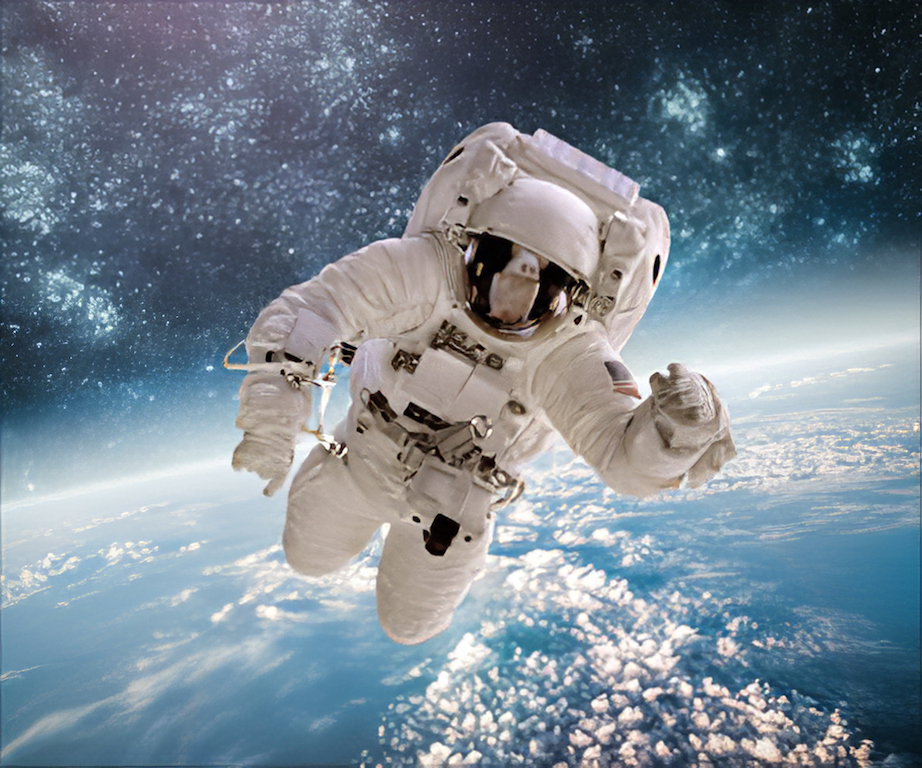 Most thought leaders fear that this unequal advantage might lead to what has been termed “space colonisation” and raises the questions at the core of this discourse: In what ways can Africa ensure its inclusion in the global space community? Is Africa ready for another age of “colonisation” – this time, an impending space colonisation?

Recent advancements in space exploration, for the most part, can be credited to only a small number of countries, even among the industrialised nations. The United States, Canada, Russia, Japan, and 11 other European countries under the European Space Agency (ESA), remain the most dominant contributors to the International Space Station (ISS) since its debut in 1999. One cannot deny the colossal financial muscle required to venture into any meaningful exploration of space – which to a great extent accounts for why most developing nations are still lagging in this. That notwithstanding, the space race has stimulated great interest in developing nations as well, leading to several noteworthy exploits from such countries. For instance, trailing behind the world powers is the Indian federation, which had the fourth-highest space budget in 2013, injecting $4.267 billion, behind only the USA, China, and Russia.

In today’s climate, space exploration is crucial to understanding our universe, streamlining communication, monitoring climate change, disaster management, among others. Downplaying the necessity of space exploration may spell doom in the future for countries who are still sitting on the fence in this regard. To give some context, modern communication relies on satellite technology, hence countries with no satellites will always remain dependent on those with working satellites. Another fringe benefit of having a robust space programme is the soft diplomatic power it confers on countries, which is often not the case for nations that are still lagging in the space race. Most thought leaders fear that this unequal advantage might lead to what has been termed “space colonisation” and raises the questions at the core of this discourse: In what ways can Africa ensure its inclusion in the global space community? Is Africa ready for another age of “colonisation” – this time, an impending space colonisation? This piece will attempt to address these questions and identify opportunities for improvement.

The unlimited benefits of space exploration have lured a handful of African nations into the space race, although a large part of these efforts have been focused on the development and launch of earth observation and communication satellites. Other domains of space exploration, such as deep space exploration, space tourism, manned/unmanned missions, are presently beyond the reach of African countries. On the bright side, there are nearly 300 space companies operating in the African space industry, in addition to the industry being valued at $19.49 billion as at 2021 and its being projected to hit over $22.64 billion by 2026. To create a favourable climate for this much anticipated growth, the African Space Agency (AfSA) was approved by the African Union Executive Council in October 2021. Its chief objective, among others, is to “develop a sustainable and vibrant space market and industry that promotes and responds to the needs of the African continent.” Before this audacious move, 20 satellites had been launched by African member states since 2016, tallying up to the current 48 satellites in Africa. Additionally, 125 satellites are currently under development by 23 African countries, ahead of 2025.

Interestingly, these feats are beginning to attract the attention of foreign space powers. African space programmes have since begun to contribute to the success of various missions outside the continent through strategic partnerships with foreign space programmes. For instance, the first images from Mars came via a satellite in South Africa. This is attributed to the country’s geographical position in the Southern hemisphere, which makes it strategically positioned to receive transmissions from deep space. Secondly, the NigeriaSat-1 was the first of the disaster monitoring constellation (DMC) satellites to capture images from the horrific events of Hurricane Katrina in 2005. Kenya’s 1KUNS-PF is of great help in weather forecasting, while Egypt Sat-1 has provided crucial planning data for southern Europe, East Africa, and the Arab world.

…Africa has the fewest STEM professionals, despite contributing to 17% of the world population, making it challenging to revitalise its technological niches. More than 70,000 skilled African professionals, including those in space-related disciplines, have migrated to other parts of the world, leading to a drain in Africa’s STEM capacity. To this end, Africa must begin exploring capacity-building strategies…to raise and sustain a highly skilled space workforce…

Despite these strides, the African space sector is yet to be fully recognised as a significant player within the global space community. This is largely due to the industry’s vulnerability to impediments which manifests as lack of political will, regulatory bottlenecks, inadequate budgetary provisions, paucity of human capital and poor education. Studying these factors closely will reveal an indirect causal relationship between political will and other variables at play. Thus, the success of a country’s space programme can be argued as being predicated on the degree of willingness to covet the benefits of space exploration. Such willingness dictates the volume of financial investment that goes into its space programmes through areas like education, etc. Briefly, the following sections will spotlight this implicit relationship between spending power and the quality of space education, as well as explore ways in which both factors are crucial to developing and sustaining a formidable outer space programme.

Compared to most middle-income countries, African countries have slightly lower budgets to drive space exploits. A perfect case in point is South Africa’s $168 million space budget for 2020 (which was the highest in Africa for 2020), versus the $1.89 billion allocation by India. As a matter of fact, the latter figure nearly doubled the total  allocation ($534.9 million) by the entire African space programmes combined in 2022. These financial provisions still remain relatively low compared to space-dominant forces such as the US National Aerospace Agency (NASA) and the European Space Agency (ESA). In 2022, the budgetary resources available to NASA has been $29.20 billion, while the Japan Aerospace Agency (JAXA) has a budget of  $1.12 billion – a mammoth figure compared to the highest budgetary value ever provided by South Africa and the entire African continent.

This funding gap has derailed the quality of academic and technological research that plays a crucial role in educating, equipping, and maintaining a vibrant space workforce. To put this in perspective, Nigeria spent 7.04% of its annual budget on education in 2018 and this decreased to 5.67% in its 2021 budget. This is far below the 23%, 17.6%, and 19% allocated by Ghana, South Africa and Kenya respectively, although all four African countries still fall short of the UNESCO recommended 26% of the entire country’s budget for education. On the contrary, funding on education in the space-dominant countries have remained above the UNESCO recommended 26% over the years. Hence, increasing the budgetary allocations for education, research, and development might be worth taking a stab at, to develop the human capital required to drive space exploits to a new level.

Furthermore, Africa has the fewest STEM professionals, despite contributing to 17% of the world population, making it challenging to revitalise its technological niches. More than 70,000 skilled African professionals, including those in space-related disciplines, have migrated to other parts of the world, leading to a drain in Africa’s STEM capacity. To this end, Africa must begin exploring capacity-building strategies to transform STEM teaching and learning in all tiers of education to raise and sustain a highly skilled space workforce with the intent to promote self-sufficiency and readily available human capital all over the continent.

… research collaborations should be encouraged within the African space industry, in addition to partnerships with international space programmes. Such handshake between African countries will not only deepen knowledge base and cultural understanding among participating countries, but it will also draw on the unique technical strengths, resources, and capabilities of participating entities to drive space innovations that will improve the quality of human life.

Unfortunately, this cannot be achieved without first confronting the lack of an excellent curriculum that addresses the current challenges in STEM education, particularly in the area of space technology. An ideal curriculum within this framework should incorporate space-oriented elements of learning in both the elementary and secondary schools. The United Nations Office for Outer Space Affairs (UNOOSA) shares the same position on the inspirational role played by classes on space in education; such classes tend to spark the curiosity and imagination of students, who then become increasingly involved in the sciences. Regardless, this remains a challenge for Africa as many African teachers have difficulty introducing space into their lessons or facilitating space-related extra-curricular activities for their students. This is not unique to just Africa; till date, the ESA is still addressing this knowledge gap using a range of teacher training programmes for primary and secondary schools. The relevant ministries governing STEM education in Africa should emulate their European counterparts by introducing special “teach-the-teacher” training programmes that will enhance teachers’ skills, insights, and confidence to explore new ways of introducing space-related components in their classrooms. This may involve the adoption of technology aided tools, such as virtual reality and other forms of simulated space environment, to illustrating concepts in chemistry, physics, maths, biology and astronomy.

The tertiary education system is also an integral component in this multivariate equation. While the primary and secondary schools will serve to broadly nourish the intellect of Africa’s future space workforce, the higher institutions of learning will narrow down on specific skillsets that are needed to drive Africa’s space exploration goals. But sadly the current standard of higher education system in Africa is still far from meeting expectations.

A recent ranking of African universities, based on their research publications in astronomy and astrophysics, shows a graph of 297,000 citations by 6,030 academic publications from 19 universities. Of the 19 institutions, 11 are in South Africa, three in Egypt, while Nigeria, Ghana, Namibia, Morocco and Mozambique have one each. Conceivably, these figures exemplify each country’s commitment to carving a niche for itself in the space domain. It therefore comes as no surprise that South Africa is leading the African space race, given the quality of its financial investments in education, research, and operations in its space programmes, relative to other African nations. Most likely, this will inspire more African countries to proactively revise their university curricula to include research-oriented programmes in astrophysics, astronomy, systems engineering, operations research, astrobiology, space law, and disciplines relevant to the space industry.

Finally, research collaborations should be encouraged within the African space industry, in addition to partnerships with international space programmes. Such handshake between African countries will not only deepen knowledge base and cultural understanding among participating countries, but it will also draw on the unique technical strengths, resources, and capabilities of participating entities to drive space innovations that will improve the quality of human life. Despite these proposals, African governments must tackle rampant corruption and mainstream their operations to achieve the needed success. Without tackling underlying issues such as child poverty and corruption, and increasing its urge for technologies, space research and development will remain an uphill climb for Africa.