Naira redesign and value: What CBN must do urgently, By ‘Tope Fasua

The CBN may consider, in addition to outlawing black market dollar trading, the removal of personal domiciliary account privilege for Nigerians for now. 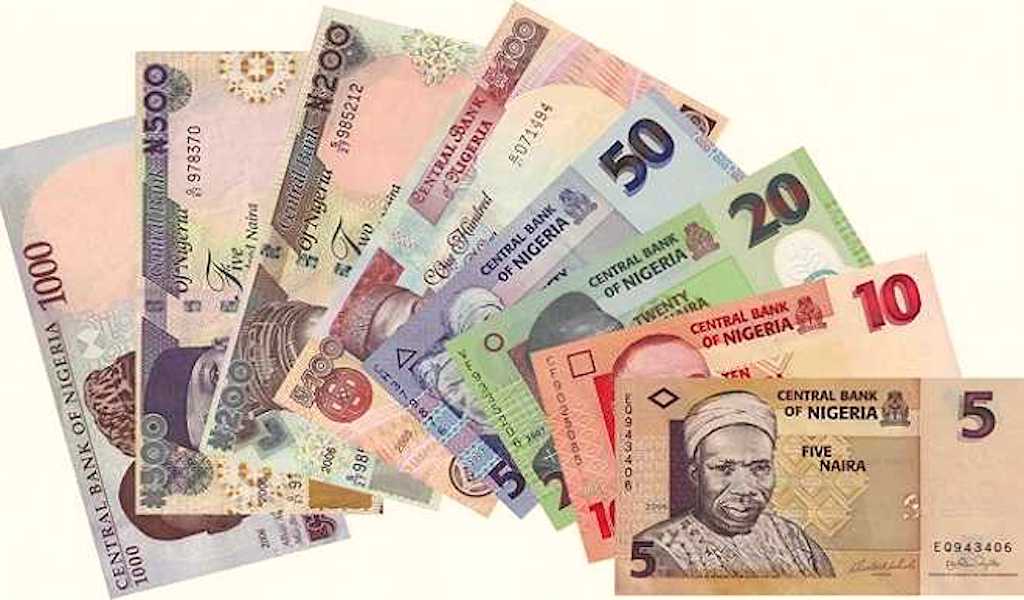 The CBN may wish to have a rethink about the ubiquity of personal DOMICILIARY accounts in Nigeria. At the end of the day, it is a policy and a privilege for Nigerians to hold DOM accounts of any type. The CBN reserves the right to cool out the policy from time to time if it believes it has become an avenue for the siphoning of its reserves…. If the black market is no longer available on the streets, people will take that option and avoid the trouble of arrest or fraud.

The Central Bank of Nigeria has activated one of its core functions, which is the management of the currency, after a 17-year inactivity on that front. I have traced the history of how Nigeria has managed her currency since we had our own – the Nigerian pound – in 1959. That first currency was issued by the Federation of Nigeria, under the supervision of the British Colonial Administration. The colonial government departed the next year, 1960. When Nigeria became a Republic in 1963, the currency was redesigned to reflect the fact that it was now issued by the Federal Republic of Nigeria.

During the war in 1968, there were reports of currency abuse and trafficking as a result of the conflict – or perhaps the Nigerian government chose to change the currency to render those looted on the other side of the war useless. The currency was again redesigned. In 1973, Obafemi Awolowo supervised the creation of the naira, our own indigenous currency, which took the same value as the Nigerian pound. Then in 1977, the ‘Muritala’ (N20 note) was created as the country’s largest currency note and in memory of our fallen leader, Murtala Muhammad, who was mowed down by coupists on the 13th of February 1976.

By 1978, the N1, N5 and N10 notes were created with different colours. By 1984, when General Buhari and colleagues seized power, they decided to change all the currency colours, giving a small amount of time for everyone to turn in their old notes. In 1991, the N50 note was created. In 1999, the N100 debuted. Year 2000 saw the creation of the N200 note, while the N500 note was created in 2001. By 2005, still under CBN Governor Soludo, the N1,000 was created and there was an unsuccessful attempt to reintroduce coins – which are good for controlling inflation and reducing the cost of currency management. Since 2005, nothing has happened on that front.

The idea behind pulling currencies and redesigning them from time to time, is an operational one, and it is all about risk management. Nigeria has a big challenge with currency counterfeiting, with many such operations all over the country. Nigerians have even been caught in the past counterfeiting several currencies in other countries – Uganda and Kenya as cases in point. Within Nigeria, there have been major busts of currency counterfeiting operations in every state. One chap was caught while attempting to print N20 billion in Banana Island and Parkview Estate in 2019. Another pastor in Ikorodu was caught in 2013 and should still be in prison. A mere Google search reveals many such busts all over the country. Perhaps a fair proportion of the N500 and N1,000 in circulation is forged.

A central bank or currency management regulator in a country should not sit back and just watch. 17 years is a very long time to rein such people in. Add to that the fact that Nigeria thrives on corruption and many corrupt people hold cash in bulk in their soak-aways or overhead tanks. What about the fact that Nigeria has waited for this long to deploy the instrument of finance against kidnappers, bandits, terrorists and all these other guys who have destroyed our society? We have been pumping money into buying guns and helicopters, instead of following the money and squeezing these criminals out of their comfort zones. This terrible situation could only have lasted this long because we have now made disunity into a badge in Nigeria. It looks like very little brainstorming goes on around our major problems. Perhaps those who lead us at every level preferred the money slushing around for so long. But everything must come to an end at some point.

In the time since the announcement was made, a number of Nigerians have been throwing tantrums of all sorts, some alleging that the timing is not right or that this is not the priority for now. Most surprising are very respected people, including intellectuals in the president’s economic team. Also, the naira had initially lost value against the dollar, depressing to as low as N900, as some people ‘fled’ to the US dollar and away from the naira. The rationale for a normal person to start changing his/her naira to dollar is convoluted but those who have no hope in Nigeria – because they are not making any efforts to help but to game the system – say it is normal. This option is for Nigerians with slush funds though. A salary earner will not do that because dollars are not accepted – or understood – in the local markets. As that went on, these ‘highly sophisticated’ economic thinkers pushed for the CBN to abandon the ‘official’ rate and take on the value of what we know as the ‘black market’ for the naira.

How can a country plan on black market rates? How can black market rates be quoted openly in newspapers and even network news? Except, of course, because our hearts are black and evil. The black market is an illegal market, even though that illegal market is traded openly in Nigeria and everyone has access to it. Bureaux de Change should not trade standing on the street or under trees. They should be in their offices and all transactions (even $100 changed to naira) must be receipted and documented.

From a former governor of the central bank to economic advisers and every one in between, they almost pushed Nigeria into the abyss. No thoughts were given to the consequences of such a flippant decision. Even an illiterate of economics knows that if the naira is valued overnight by the CBN at N900, the black market will move to N1,800 or N2,000. For our own good, these guys have to be shut up. They have enough dollars stashed away and want to keep dictating the pace of things. We also have to be thankful that the CBN is not easily manipulable to them. Unfortunately, the vice president is in this camp, and keeps making pronouncements that are directed at devaluing the naira. He was again at the Nigerian Economic Summit Group (NESG) opening event saying something about how the naira is not properly valued. I think I will hold him responsible for most of the naira’s woes since 2015 when they came into office. He it was who signed off that the N198 official rate be equated with the ‘black market’ in 2016. The official rate became N360. Buhari was abroad sick then. The black market moved to N500 and has since been unreachable.

How can a country plan on black market rates? How can black market rates be quoted openly in newspapers and even network news? Except, of course, because our hearts are black and evil. The black market is an illegal market, even though that illegal market is traded openly in Nigeria and everyone has access to it. Bureaux de Change should not trade standing on the street or under trees. They should be in their offices and all transactions (even $100 changed to naira) must be receipted and documented. Let anyone who needs to buy or sell dollars take their identification along and BDCs must be punished by CBN if they are found to ignore or forge documentation (because they do that a lot). Buhari has a big role to play here to at least retrieve some of his lost image. Note that his vice is working at cross purposes with him when it comes to the value of the naira. He belongs to the ultra-right wing on matters of the economy and with those guys, there is no hope for the common man.

The naira rate then recovered in the ‘black market’ from N900 to almost N650. Recall that we could have been pushed to adopt N900/$1. We should probably take a lesson from the disaster going on in Ghana. When that country redenominated its currency from 9,200 Cedis to $1 in 2007, Nigeria almost copied that idea. I was one of those who pushed then through my writings that we were not ripe for that yet. Thankfully, President Yar’Adua did not agree with the idea. Ghana ‘floated’ its currency, following the advice of foreign bodies that it always listens to. They enjoyed the euphoria of a faux ‘strong’ currency for a while when the new Ghana Cedi was 0.92 to $1. Then they were lulled to sleep. Today, 0.92 has become GhCedi 15/$1. In other words, what was 9,200 has become 150,000. Nigeria has been lucky to date, in spite of our many excesses.

So, somehow the naira redesign move now has multiple implications and is not only about operational counterfeiting issues but also a window to establish a better trajectory for the naira in terms of its value. The Central Bank must seize this opportunity and I also advise President Buhari to do the same. In Economics we always talk about unintended consequences. The first phase was the slump in the value of the naira as people moved money from their soak-aways to buy foreign currency, especially those who are too criminal to put the same in a bank. A second phase could be marked by the strengthening of the naira in that same black market. A third face may be precipitated by the CBN if it acts quickly and decisively to take the narrative away from speculators and currency saboteurs. Already, those who never wish well for Nigeria are gloating that the currency will fall to N1,000 now that the N650=$1 cannot be held firm.

Below are what I think the CBN should do now. Some of these steps will require political backing. Only Buhari can get the ‘Mallams’ off the streets. And anyone trading dollar on the streets must be arrested. With a little incentivisation, these guys can get off the streets and that will be a new vista for this country and its financial markets. The BDC sub-sector must also be urgently reorganised. Let’s go:

‘Tope Fasua, an economist, author, blogger, entrepreneur, and recent presidential candidate of the Abundant Nigeria Renewal Party (ANRP), can be reached through topsyfash@yahoo.com.

Women matter too: A response to the vituperations of Babachir Lawal, By Kemi Asekun

Friday Sermon: Towards a successful and blissful marriage, By Murtadha Gusau