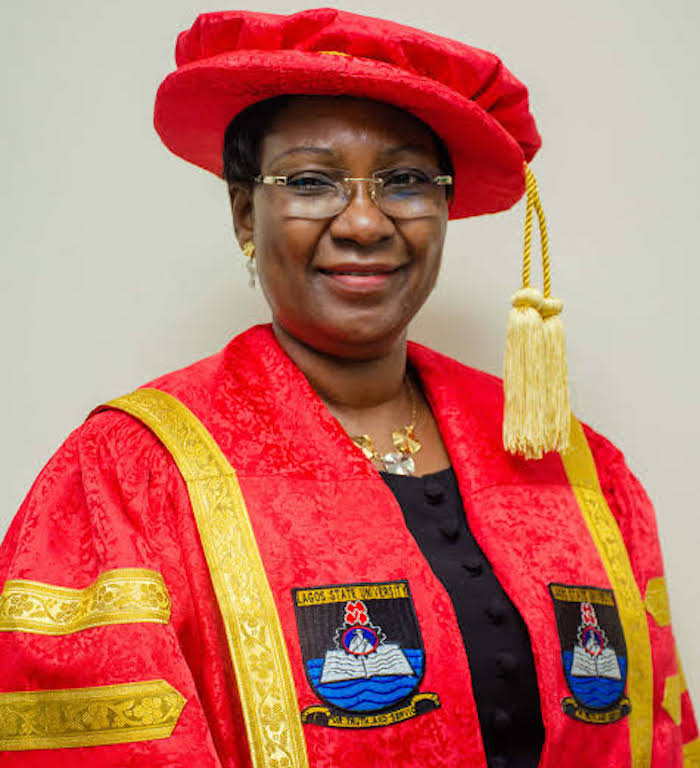 Professor Ibiyemi Olatunji-Bello chose to boldly shock his adversaries shortly after her appointment as the VC of the nation’s best state university, LASU, was announced in 2021. She decided to assume her position on a date least expected.  It was earlier than expected by some persons for reasons best known to them. For her however, she simply kept faith with the date she was mandated to assume office. Interestingly, the new VC had a most rousing welcome with chants of victory and praise.

Work began immediately. The matriarch recognised the power of the tongue and launched a customized slogan  to turn on her fresh era: “We are LASU We are Great.”  Even as the change campaign has been rather devoid of what could be described as great speed in playing out, it has been impactful, betraying the consistent character of the new Sheriff of LASU.  Follow her trend:

It was the turn of another set of our HND-Conversion students to produce a fresh edition of the  training newspaper of LASUSOC, LASUGONG in August.  As they reeled out story ideas to work on, one female member of the class belched out with anger: “Ah, we must do a report on LASU’s indifference to the plight of female students and the urgent need for toilets.” As the course adviser, I retorted that that was her lot. “Editor Sunny Ade,( as I fondly call Sunday Oguntola, the team’s editor) get her to do that story and it must be well written, possibly with convincing photographs.”

Weeks later when I called for the list of all the stories submitted, the editor  signaled to update me. “There is this rumour that many toilets have been built, Oga. But I’ve not seen them myself”. In my excitement, I ordered that  they must work on the positive update.  The story has truly changed. Olatunji-Bello, as a good listener, had heard the yearnings of many students, teachers and poor parents on toilets.

Not only did she betray the concern, she did not waste time on rhetorics but reached  for action immediately mobilising resources to correct the nagging narrative. All these done without noise. On the eve of the just concluded first anniversary commemoration, the information began making the rounds that the VC would deliver no fewer than 60 toilets! Forty toilets for the Ojo main campus and 20 for the Epe campus.

But that is Bello’s way with life as she gets to willy-nilly change otherwise bad stories to pleasant ones. Way back in 1991 as a feature writer for National Concord, I was working on a feature report on the then new phenomenon of female soccer. How do you round off such a report without talking to physiologists so that the society won’t be disillusioned so much about the girls’ entry into the obviously strenuous soccer game? I decided to seek experts’ advice from LUTH’s Physiology Department. It was the only angle of the story left to be covered. At  the Physiology Department on the said day, all doors were locked and I was getting agitated that my story would suffer unanticipated delay. Suddenly, an elegant young lady sauntered into the premises. I saw her open a door. One of the physiology  lecturers?  It turned out to be Ibiyemi Olatunji-Bello. “What can I do for you?” she queried, obviously reading my inquisitive face. “Im a reporter from Concord newspaper and I need to speak with a physiologist ma; I guess you’re one.” Physiologist Olatunji-Bello welcomed me into her office most courteously.  Far from being expected, she handed out a bottle of Coke to me. “Concord? You’re about interviewing Tunji Bello’s wife, sure you know Tunji Bello” It never occurred to me I could bump into Mrs Bello so fortuitously. Great interview, I eventually had, in addition to cutting short the likely long wait.  Fast forward to 2011: Prof Olatunji-bello had become Deputy VC and I needed to renew my training leave while on my doctoral programme. Such renewals, if delayed could lead to some other intractable bureaucratic complications including delay or outright loss of salaries. Mrs Olatunji-Bello did mine under 24 hours, easily reinforcing the impression she registered with me since 1991 and also upholding the philosophy of her principal then, Professor Lateef Akanni Hussain, of the blessed memory.

But even after serving out her term as DVC, Prof didn’t abandon the ship of the progressives. She remained constant on the genuine ASUU-LASU Whatsapp platform constantly sharing ideas and exchanging pleasantries with us all as a colleague. When the race for VCship opened therefore, her aspiration was heavily favoured by many of us in the progressive fold.

Interestingly, Mrs Bello didn’t take our support for granted. She readily betrayed her acute development background which probably peaked at the Directorship of LASU Directorate for Advancement, LASUDA.  At the height of her campaigns for VCship, she released a 24-page manifesto for the LASU community to savour, explicitly indicative of  her core values and strategic Goals viz :

Apparently realising the fundamentality of money and transparency to all these, Prof Olatunji Bello most commendably innovated budget performance assessment exercise which has had a most impactful influence on the improved performance of all academic departments across all LASU campuses.

While the first of the two goals listed above haven’t suffered any hitch, the third one has been conspicuously accelerated and intensified, manifesting in assorted new facilities including the celebrated “pain reliever” toilets.

But the well loved mother and grand mother, in the words of Prof MOB Mohammed-the university’s latest inaugural lecturer, could do more to drive her self-set goals.

While appreciating the LASU Martriach’s good intention in re-invigorating research for instance by motivating academics with some support, the system needs to deepen the  tradition of committee system on certain vitals so obvious to further reassure stakeholders. The all-important TETFUND, the equivalent of Ghana’s GETFund, which used to have representatives of all faculties on its committee, is indisputably one of such.   TETFUND committee is indispensable for optimal effect. But this is Mama’s first year, so I’m personally hopeful and looking forward to more goodies like the Coke offer at LUTH in 1991.  Like the current JAMB registrar and former  UNILORIN VC, Professor Is-haq Oloyede, has consistently conducted himself as a good listener to  us, even as his mentees. For the overall good of LASU for instance, Professor Olatunji-Bello, I believe, has the capacity to raise the transparency stake significantly further having started with budget performance assessment. Incidentally, this icon of integrity in Nigeria’s public sevice today, Oloyede, has been one of the early visitors to our VC in her first year. Together, surely we can  actualise  the goal of being the foremost university in West Africa as envisioned by Madam VC.

My very best wishes now and always to the better half of my darling Oga, Tunji Bello.

Nigeria: Still a formidable promise at 62, By Adewale Ajadi

Return of the Abuja-Kaduna rail line, By Reuben Abati

Letters and a compelling narrative of our collective past, By Dayo Williams

A love letter to Datti Ahmed, By Femi Fani-Kayode

“The Letterman”: History, stories and journalism, By Dapo Olorunyomi