For the Wike group, the threat is now existential. 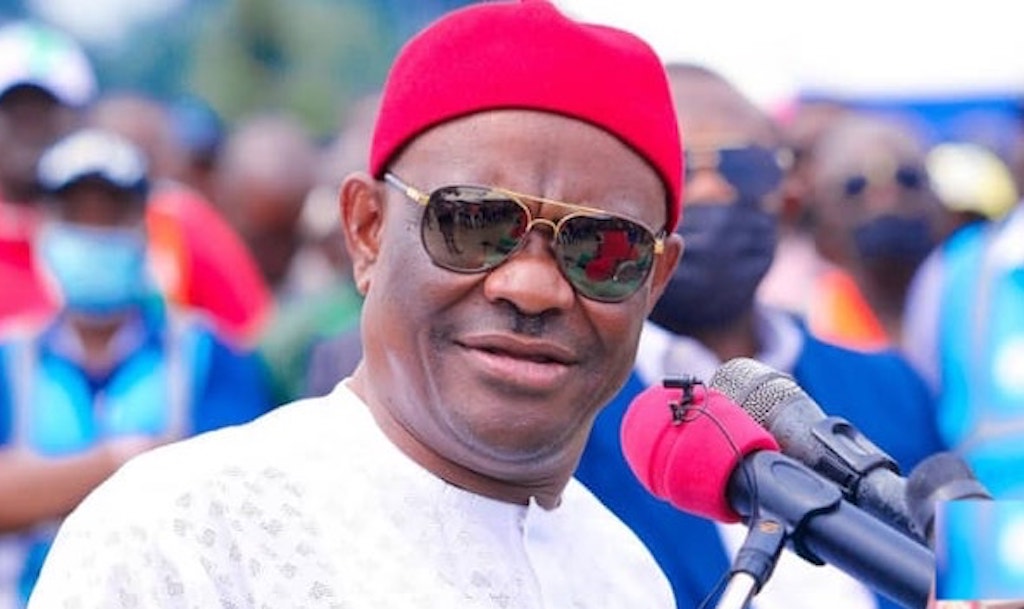 The only way forward for the Wike group is to come out of the shadows and support Asiwaju for the presidential campaign and get their supporters to vote for his candidacy. It is a matter of honour.

Honestly my sympathies, heart and pity go out to the Wike group.

They are being treated like filth by their own party.

They literally had no choice but to pull out of the Atiku campaign.

Yet I saw all this coming long ago.

Why do you think I left the PDP in the first place?

It is a party that is no longer national and does not even pretend to have respect for Southerners.

It is a party that is incapable of rewarding loyalty and keeping its word.

It is a party that begins and ends in the North and every Southerner and Middle Belter that is still there is nothing but a quisling and a stooge.

It is a party that does not believe in or understand the importance of building bridges of peace, love and understanding between the North and the South and ensuring fairness, justice and equity for all.

It is a party that does nothing but insult and seek to marginalise and destroy it’s perceived detractors and enemies, and putting Nigeria in its hands would mean the end of our country within a matter of months.

This is not the PDP of Obasanjo, Umaru Musa Yar’Adua or Goodluck Ebele Jonathan.

This is a dying and decaying fly and maggot infested carcass and a pitiful shadow and shell of its former self.

A party with no morals or decency that treats those that stood by it, helped it and fought for it over the years with contempt and disdain.

A party that uses and dumps.

A party that seeks to deride, misrepresent and humiliate all those who once stood in the trenches with them and fought for their cause.

A party which has close and covert links with the terrorists who are killing, maiming and kidnapping our people.

For the Wike group, the threat is now existential. Each and every one of them has been marked for destruction and humiliation by the new leaders of their party.

A party which is powered and controlled by hidden forces that believe they own Nigeria and who have not only sought to destabilise our nation but have also unleashed murder, mayhem, hell and terror against our people.

A party that does not want peace but delights in conflict, rancour, division, hegemony and war.

A party some of whose leaders and members are behind much of the insurgency, bloodshed and mass murder in the North-west and parts of the North-central and particularly in Zamfara, Kaduna, Niger, Nassarawa and Katsina.

A party that has done nothing but humiliate it’s former president and flagbearer for the 2015 presidential election, Dr Goodluck Jonathan, over the last seven years and who did not even see fit to give him a place or a role in its Presidential Campaign Council.

A party whose National Chairman is little better than a haughty peacock and who is so vain, puffed up, conceited and deluded that he believes he is more important than all the presidents on the African continent put together.

The only thing they know how to do is use religion and ethnicity to fight. They know nothing else.

They pit Nigerian, one against the other, and seek to divide us rather than bring us together.

They do not care about progesss and they do not even know the meaning of the word: They only care about their pockets.

The only way forward for the Wike group is to come out of the shadows and support Asiwaju for the presidential campaign and get their supporters to vote for his candidacy. It is a matter of honour.

They took everything from the Wike group, including their self-respect and dignity. What more do they have left and what are they waiting for?

If Atiku wins the election he will come after them with all he has got and utterly crush and destroy them.

Even if Atiku or Okowa themselves are not interested in doing so, the hawks around them like Sule Lamido, Attahiru Bafarawa and Adamu Waziri will ensure this is done.

For the Wike group, the threat is now existential. Each and every one of them has been marked for destruction and humiliation by the new leaders of their party.

PDP is not only a menace to their own loyal members but a very real and present danger to Nigeria.

They should be treated with contempt and the shameless club of degenerates and clan of lepers that they are.

Femi Fani-Kayode, the Sadaukin Shinkafi, is a former Nigerian minister of Aviation and minister of Culture and Tourism.

Femi Fani-Kayode, a lawyer, was a Nigerian Minister of Aviation. Before then, he was Minister for Culture and Tourism as well as Special Assistant on Public Affairs to President Olusegun Obasanjo. He defected from the ruling Peoples Democratic Party to the opposition All Progressives Congress, in mid-2013

Taking Nigeria from Third to First World through its diaspora (2), By Sunday Adelaja