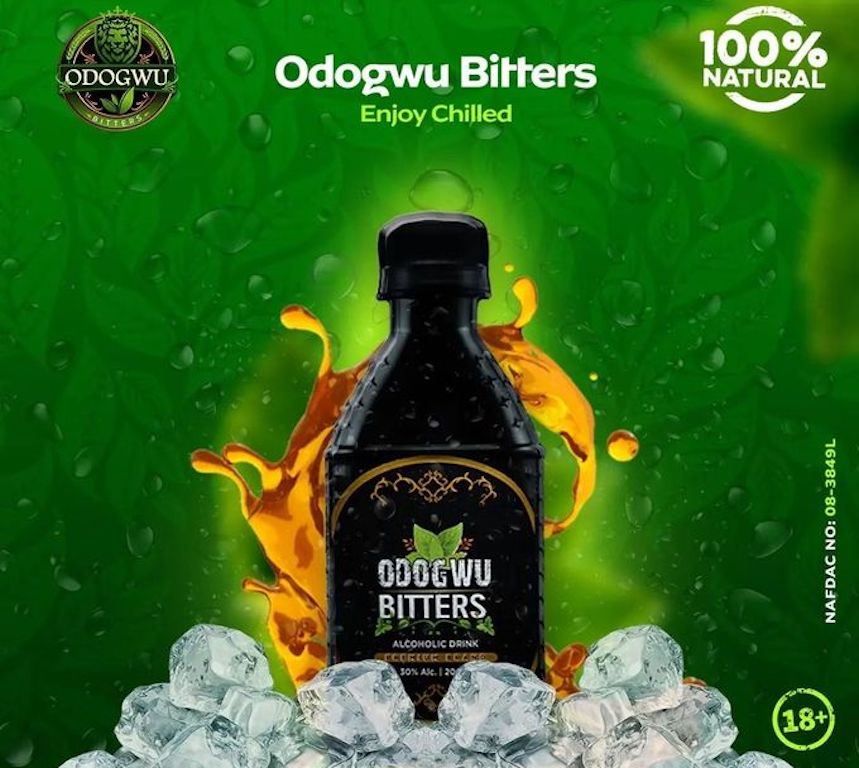 Conspicuously, displayed on one of the many electronic bill boards in Times Square, New York City, is Odogwu Bitters; a Nigerian distilled herbal spirit that has made its way from the streets of Lagos Nigeria, to New York in the US, Milan in Italy, Paris in France, Johannesburg in South Africa, London in UK, Frankfurt in Germany, Dubai in the UAE, Guangzhou in China, Sydney in Australia and many other destinations worldwide. Within a year of its launch into the Nigerian market, Odogwu Bitters is now making waves around the world and making steady in roads into the international liquor market.

Away from the gloom and doom that is Nigeria’s current socio-economic and security climate, Nigerians had cause to smile when Tobi Amusan, a 26 year old Nigerian female athlete, broke a series of world records to bring gold medals home from the just concluded 2022 World Athletics Championships and the Commonwealth Games in the United States and United Kingdom respectively. Amusan’s phenomenal performance at these sporting events, which saw her clinching Nigeria’s first ever Gold medal in the women’s category of 100 metres hurdle race in the World Athletics Champions, and powering the female relay team to victory in the 4x100m dash at the Commonwealth Games, not only got Nigerians excited but rekindled a certain amount of optimism in the indomitable Nigerian spirit that has made the Nigerian diaspora a huge success in every field of human endeavour. And for a while it seemed Nigerians took a short break from the lamentable lamentations of the myriad of problems that are their daily realities, to relish the momentous joy and euphoria that the exploits of Amusan and her team mates brought to a people in desperate need of good news about their country.

However, it is not only Amusan and her team mates that the indomitable Nigerian spirit is leading to fly the flag of Nigeria in the international arena. Conspicuously, displayed on one of the many electronic bill boards in Times Square, New York City, is Odogwu Bitters; a Nigerian distilled herbal spirit that has made its way from the streets of Lagos Nigeria, to New York in the US, Milan in Italy, Paris in France, Johannesburg in South Africa, London in UK, Frankfurt in Germany, Dubai in the UAE, Guangzhou in China, Sydney in Australia and many other destinations worldwide. Within a year of its launch into the Nigerian market, Odogwu Bitters is now making waves around the world and making steady in roads into the international liquor market.

Created by Obi Cubana, Nigeria’s King of night life and foremost hospitality and entertainment entrepreneur, Odogwu Bitters, a uniquely blended Nigerian herbal spirit is set to become the country’s next biggest export product that will serve the world a taste of the indomitable Nigerian creative ingenuity. Most significantly, the patronage of Odogwu Bitters is not limited to the Nigerian community in the diaspora, as is usually the case with most made in Nigeria goods and services. Whereas Amusan and other Nigerian sporting exports brought home laurels and honour, Obi Cubana’s Odogwu Bitters is bringing home money and jobs. Derived from an ancient Igbo eponym for the contemporary “Alpha Male” (Odogwu), Odogwu Bitters, a wholly indigenous Nigerian alcoholic beverage, that is sweetened with pure honey and spiced with organically grown ginger, has found its way into the cuisine of the homes, hotels and parties of people from all races of the world.

From the days of his little beginnings at public gardens in the suburbs of Abuja, Nigeria’s federal capital city, to open spaces in its city centre, Obi Cubana, whose real name is Obinna Iyiegbu, has grown his business in just under two decades into a leading Nigerian hospitality and entertainment brand, with multiple branches in Lagos, Port Harcourt, Enugu, Asaba, Owerri and other Nigerian cities. His Ibiza restaurant (named after the Spanish Island of Ibiza) and his Cubana chain of hotels and night clubs (named after Cubana of South Africa) has successfully provided a substitute to overseas tourism for Nigerians at home, with its world class services. The son of a teacher and Political Science graduate of the University of Nigeria, Nsukka, Obi Cubana had his eyes set on the global stage right from the beginning, as he revealed in a recent interview in ThisDay newspapers. According to the 46 years old Nigerian businessman, “my dream is to make my businesses global brands.” But in a twist of faith, it will not be his flagship Ibiza restaurant or Cubana hotels and night clubs that will launch the Cubana brand into the global stage. It will be Obi Cubana’s Odogwu Bitters; a fast moving consumer good whose dream came out of the nightmare of the ravages of the COVID-19 pandemic.

In the year 2020, the world went into a mandatory lockdown as a precautionary measure to save humanity from extinction, as a result the ravages of the coronavirus. The year-long restrictions on human and vehicular movements, along with such other measures as physical/social distancing and ban on public gatherings, as means of containing the spread of the highly contagious disease, grinded business to a halt. Expectedly, some of the worst hit businesses were in the hospitality and entertainment sectors, where the Cubana group was and is still a leading player. For over a year, Obi Cubana’s restaurants, hotels and night clubs were shut to the public. It was this adversity that Obi Cubana characteristically turned into an opportunity, when he incubated the idea of diversifying his business interests from high-end hospitality and entertainment services to fast moving consumer goods and services, and two years later, Odogwu Bitters was hatched.

For a country like Nigeria, with a very weak industrial and manufacturing base, to such an extent that it has become an import economy with geometrically increasing trade deficits against the economies of North America, European Union, South-east Asia, India and China, the prospect of turning around this economic misfortune with the huge export potentials of a fast moving consumer good like Odogwu Bitters is one that should excite not only the people of Nigeria but its government as well. A Nigerian product that has been able to break into the mainstream liquor consumer market in North America, Europe, South East Asia, Middle East and Australia, is a gold mine waiting to be mined. To this end, it has become imperative for the Nigerian government to take more than a passive interest in Obi Cubana’s Odogwu Bitters and indeed all his businesses, as well as those of other Nigerians doing great things like him. To make real its commitment to diversify Nigeria’s major source of foreign exchange earnings from crude oil exports in its crudest form, the Federal Government of Nigeria should activate its relevant institutions to give necessary support to the efforts of the Cubana Group at the export competiveness of its products and services. With a pocket-sized bottle selling for as much as £12 in London, Odogwu Bitters has huge foreign earning potentials for a Nigerian country that is in dire need of economic redemption through export competiveness, alongside the capacity for job creation at home.

In addition to removing all bureaucratic bottlenecks militating against the ease of exportation, the Federal Government of Nigeria through the Nigerian Export and Import Bank (NEXIM), should consider the possibilities of providing credit support for the Cubana Group with a concessionary interest rate or profit-sharing investment to boost the production of Odogwu Bitters locally, in order to meet up with the surging global demand for this wholly indigenous Nigerian product, to maximise its foreign exchange potential and grow jobs at home. To complement the efforts of the Federal Government, the government of the states where the production lines of Odogwu Bitters are located should also consider granting more incentives, such as tax waivers and easy access to land for expansion, in a calculated manner that further enhances the export competiveness of Odogwu Bitters in the international liquor market.

Majeed Dahiru, a public affairs analyst, writes from Abuja and can be reached through dahirumajeed@gmail.com.