It is a state of nature out there. 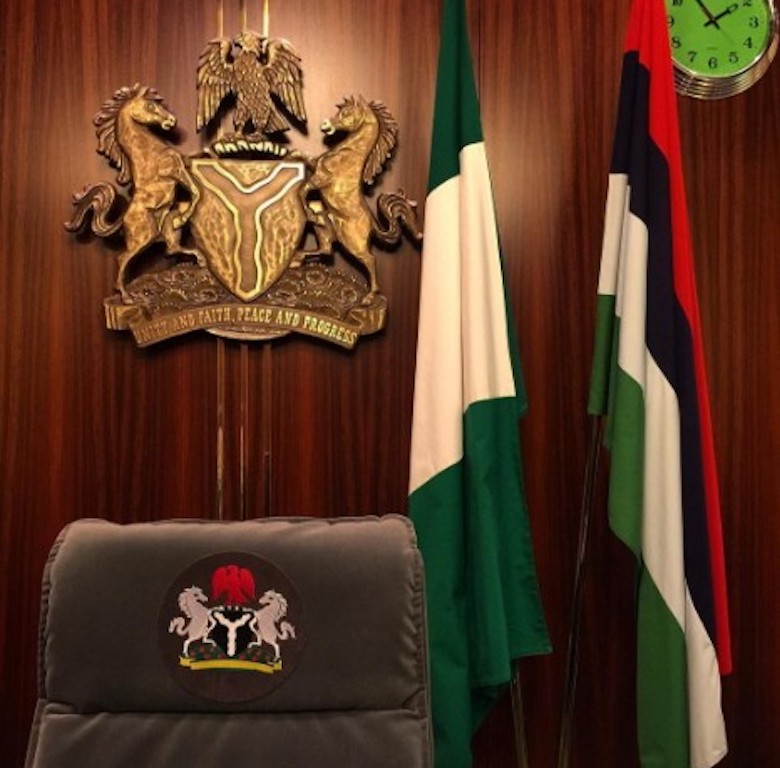 Despite this bleak situation, I am hopeful that if the right man is elected, every challenge becomes an opportunity for greatness. If we mess it up this time, by electing the same thieves parading themselves as men with structure, you would have signed Nigeria’s death certificate.

I don’t envy Nigeria’s next president.

He will need super-human powers and extra doses of luck to save Nigeria. Or he will become the unfortunate undertaker tasked with presiding over Nigeria’s funeral. Those writing Obituaries should wait until their incompetent principals are elected. They would then have occasion to write Nigeria’s obituary.

The new president will be inheriting a country on the brink of economic collapse, social implosion, and sectarian strife. His predecessor’s rule has been a vortex of misgovernance, under which the country became riddled by pervasive insecurity, low-density conflicts across its length and breadth, secessionist agitations in the South-east and South-west, a genocide in slow-motion in the Middle Belt, a full-blown insurgency in the North-east, an explosion of entrepreneurial banditry in the North-west, a currency in free fall, without any economic parachute to soften the blow on the economy and the masses.

The country he would meet has become a failed state and has already passed the Rubicon, as it barrels down toward implosion. Without benign winds in his sails, topped with extraordinary navigational talents, the fate of this ship is already sealed. This African Titanic will hit the icebergs. It will capsize and sink. And the results will not be pretty. 200 million species of desperate humanity would be disgorged onto tsunamic-like waves, whose impact will transcend the African continent.

I can only offer my condolences to whoever emerges as president next year.

Nigeria’s story reads like the Humpty Dumpty. We can skip the fact that she was forged in the furnace of colonial greed. At independence, she sat on a wall of expectations. She was destined to be great. The world cheered and waited. But her fall started almost immediately. A nation brimming with boundless resources was handed over to a naive choir of conceptually-colonised houseboys with black faces. It was an arrangement made in hell.

They couldn’t believe their luck.

The cannibalisation began almost immediately, as they became parochial champions of ethnic interests that was indistinguishable from the interests of their private pockets. They crowned themselves unproductive chaperons of disaster. Their rule became enterprises of corruption and infamy. Primitive grabbing, which was the DNA of colonialism, incarnated in African faces; as the leaders became 10 percenters, demanding kickbacks for every contract. Corruption bolted as a galloping stallion on steroids.

It took no time for an equally naïve symphony of political amateurs in military uniform to shoot their way into power. The disastrous descent took a life of its own from there. It did not take long for the invitation we extended to savagery to be honoured  A failed military coup led to a mismanagement of the diversity at the basis of that amalgam. The seething dissensions were given free rein, as pogroms were unleashed on Igbos and Southerners in the North.

The Igbos, feeling utterly rejected by their fellow countrymen, dashed to their tropical rainforest homes in the East. Peace negotiations in Aburi failed to resolve the personality clash between a British-government teleguided Yakubu Gowon, and an Odemegwu Ojukwu who failed to see that the West was never ready to surrender their access to oil, to a guy they couldn’t trust. Aburi was reneged on, and Ojukwu seceded from an imposed union fraught with fault-lines. Nigeria went to the battlefields to throw a party for death and fratricidal savagery against each other. It lasted 30 months and claimed over two million lives.

The war ended at the onset of an oil boom. Petrodollars flowed into the national coffers, to finance unproductivity, official sleaze, and astronomic corruption. A puerile government told the world that Nigeria’s problem was not how to make money, but how to spend it. Spend it, they did, as Gowon laid the foundation stone for one of the longest-running kleptocracies on the African continent.

Kleptocracies last forever. They burrow deep into any host they have settled on, and keep on releasing their toxins into the body polity until graft becomes culture. That was the route Nigeria took since the oil boom. The military kleptocrats connived with their civilian kindred spirits and foreign collaborators, captured the Nigerian state, and have since then alternated themselves on Nigeria’s corridors of power. This explains why the stealing of Nigeria’s oil is a $6 billion-a-year industry (Cf. Mike Smith, Boko Haram: Inside Nigeria’s Unholy War, London, I.B Tauris, 2015, p.61). Atop these gangs of oil thieves are prominent military and civilian officials of the Nigerian government, their henchmen, paladins, and mistresses. And any John the Baptist-wannabe, whose jeremiads dared harass the sodomising priapism of these rapists of our commonweal, had condemned his head to be handed over to the daughters of adulteresses. Ask Ken Saro-Wiwa!

Murtala Muhammed, a genocidaire and war criminal grabbed the baton from Gowon, to inflict his inglorious self on the nation. He met the speaking ends of Dimka’s guns in 1976. This murderer of innocence, perished by the same object of his inglorious trade. His head is still gracing our N20 note, while the international airport in Lagos still bears his inglorious name, in eternal mockery of our ethical autism as a nation.

That accident threw up Olusegun Jeremiah Aremu Obasanjo as head of state. He stole his own bit. Converted a national agricultural programme, Operation Feed the Nation (OFN), into his personal fiefdom, Obasanjo Farms Nigeria (OFN). He handed over power to a brood of civilian vipers, which gathered under the name, National Party of Nigeria (NPN). Corruption then entered a rocket and went stratospheric. I won’t bore you with syrupy details about Umaru Dikko and the presidential task force on rice under Shagari.

We did the coup détat rounds again. Buhari kicked Shagari out. Babangida kicked Buhari out. Babangida the Maradona dribbled Nigeria to no end. He was a clever thief. He survived Gideon Orka’s attempted surgical excision of some parts of Nigeria, with Abacha’s help. In gratitude, he pledged Nigeria to Abacha as his recompense.

Abacha wasted no time in showing the world that Ali Baba’s forty thieves were untalented amateurs. That was our trajectory until Abacha was alleged to have died atop imported prostitutes in 1998, after he had cleaned out the Nigerian treasury.

In 1999, Obasanjo, rumoured to have been a CIA man-Friday, famous for advocating the use of Juju in the fight against Apartheid and whom Abacha wanted to decapitate in prison, was hurried out, gifted with a mysterious N130 million, which purchased him PDP’s presidential top slot, and rode to dislodge Ekwueme at the Eagle Square in Abuja. His second missionary journey saw some strides. We thought democracy had arrived. We went through the motions of elections, without progress. Obasanjo imposed a sick Yar’Adua on us, who died in office. Jonathan replaced him after the equivalent of a civil war among elitist thieves in tribal togas.

In 2015, Buhari aligned with Tinubu to wrest power from Jonathan. The APC was ready to go to war and rip Nigeria asunder, according to Kashim Shettima, if Jonathan tried to hold on to power. Jonathan left power to a Buhari, who grew to become the very summary of cluelessness.

Buhari’s nepotism, economic ignorance, and what looks like encroaching dementia, all compounded the problems of a country that has ambled from one crisis to the other.

Today, Nigeria is standing at the gates of a hell, which Dante’s fertile imaginations could never have approximated. And whoever would succeed Buhari has no good cards to play. The country is listing dangerously to starboard. Inflation has topped 19.64%. Those stealing Nigeria’s crude have never gone on holiday. The country is hemorrhaging its human resources to other countries. Youth unemployment stands at 34.9% and 69% of Nigerians are living below the poverty line. And the debt-to-GDP ratio is criminally insane. Check it out yourself.

Economic metrics aside, there is an unfolding genocide in the Middle Belt of Nigeria. Agitations threatening to break up the country are everywhere. Bandits have taken over Nigerian highways and forests. Islamic terrorists have carved out parts of Nigeria as their quasi-caliphates.

It is a state of nature out there. The pessimisms of Hobbes’s Leviathan, have taken flesh and incarnated in Nigeria. In the Nigeria to be inherited by a new president come 29th May 2023, Buhari has finally made sure that there will be “no place for industry; because the fruit thereof is uncertain; and consequently no culture of the earth; no navigation, nor use of the commodities that may be imported by sea; no commodious building; no instruments of moving, and removing such things as require much force; no society; no knowledge of the face of the earth; no account of time; no arts; no letters; no society; and which is worst of all, continual fear, and danger of violent death; And the life of man, solitary, poor, nasty, brutish and short” (Thomas Hobbes, Leviathan).

Despite this bleak situation, I am hopeful that if the right man is elected, every challenge becomes an opportunity for greatness. If we mess it up this time, by electing the same thieves parading themselves as men with structure, you would have signed Nigeria’s death certificate.

The choice is yours.

I don’t envy Peter Obi. But I will vote for him.

Onyemaechi Ogbunwezeh is a Nigerian and a Senior Research Fellow and Director for Genocide Prevention at the Christian Solidarity International, Switzerland.