Security and the 2023 campaigns, By Dakuku Peterside 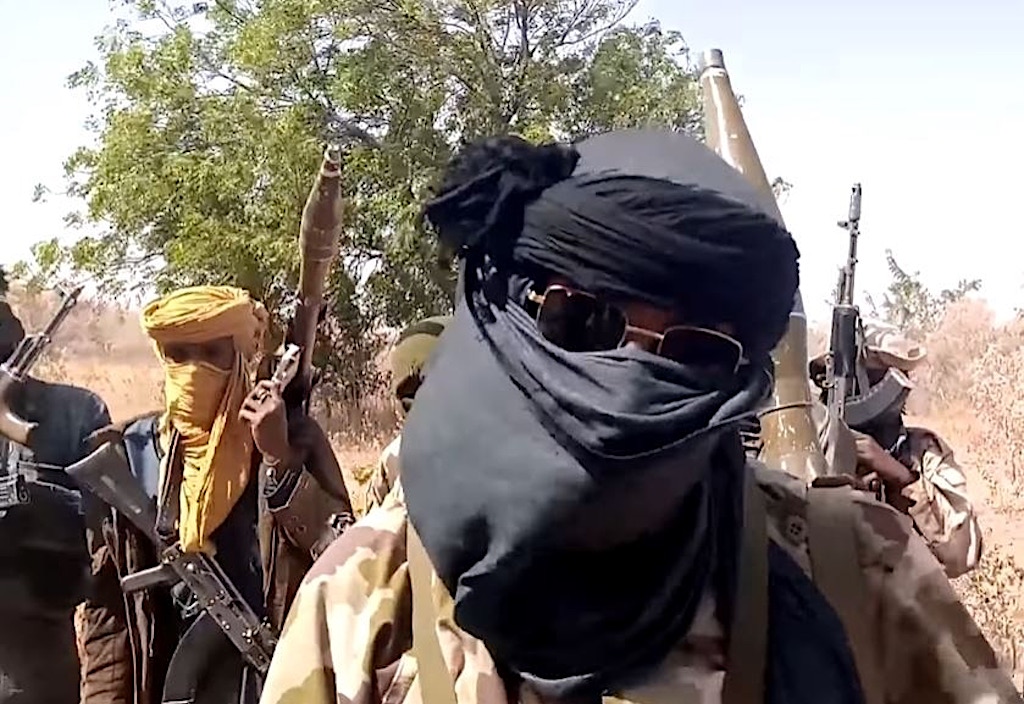 Nigerians would like to hear from the presidential candidates their definitive positions on issues of reform and decentralisation of policing, citizens’ involvement in security management, tackling terrorism, border security management, and youth unemployment. It is our duty as an electorate to demand these from the candidates. And cast our votes based on our conviction of who holds the best chance of making Nigeria great again.

Security, economy, and corruption were the most outstanding issues in the 2015 and 2019 elections. Of the triune matters, security has already placed itself as the most important and alarming issue for any credible campaign in 2022-23. Increased insurgency in the days ahead will make it more relevant and urgent. Unfortunately, Nigerians did not pay attention to what the presidential candidates were saying or glossed over it in the 2015 and 2019 elections. Candidates paid lip service to insecurity, and the rhetoric was the jaundiced promises of “fighting insecurity from the frontline”, which meant nothing as a security strategy. The result is that in the past seven years, insecurity has continued to be the bane of Nigeria. The situation has become hopeless because it has defied all government actions to at least ameliorate it, not to talk of completely eradicating it.

We are at the same place again on the eve of a general election, and this time we expect that candidates will provide comprehensive strategies for tackling insecurity to the electorate during the campaign, to allow the people make informed decision on who to vote for on the basis of their acceptance of a candidate’s security strategy that will be implemented when elected. This will assuage the people’s concerns and give them hope for the future.

For many reasons, addressing our internal security challenges should be the thematic thrust of our presidential campaigns. It is evident that the 2023 campaigns will be about how severe internal insecurity is threatening the existence of the nation. Insecurity has had ripple effects on our economy, starting from agriculture to manufacturing. Despite heavy investment by the Central Bank fo Nigeria (CBN) in agriculture in the past seven years, agricultural productivity has been suboptimal, going by available statistics. Besides, the massive destruction of lives and properties has created an atmosphere of fear and uncertainty. No severe and productive activity can flourish in such an environment. Foreign direct investment has dropped or stagnated as we continue to trail behind South Africa and Egypt, despite being Africa’s biggest economy. The lack of investment in productive industries has widened the gulf in youth unemployment, which has aggravated social vices.

As part of the media’s role in the forthcoming electoral campaigns in Nigeria, they must challenge the candidates to present their plans for dealing with insecurity to the electorate. It is a public service that the traditional and online media must critically evaluate these plans and strategies by the candidates and educate the public on them to enable the electorate know what each candidate has to offer in tackling insecurity. They must organise dialogues, fora, and debates focusing on security, where the candidates would come forward with detailed, innovative, and practical ideas and solutions to the insecurity problems facing Nigeria.

The media must provide a level playing field and open fora for disseminating campaign information on how each candidate will tackle insecurity without bias toward any of the candidates based on political affiliations, ideology, and patrimony. The media’s primary function is to educate the public and help shape public opinion. I suggest that all media houses should devote the necessary attention to covering presidential campaign issues on insecurity without discrimination. The concern around insecurity is central to the upcoming campaigns because you cannot have democracy without either free citizens or a secure sovereign national space.

The All Progressives Congress (APC) presidential candidate must go to work and develop novel and practical solutions to the issue of insecurity in the country, as he faces the danger of being viewed from the prism of the party platform. This is because it has been under the watch of the ruling party that insurgency has risen to the alarming heights were it is in recent times. Nigerians would rightly deserve to know what the candidate will do differently. This cannot be time for business as usual. The electorate needs more from any APC government, and the presidential candidate must convince them to trust him to tackle insecurity. Although it may be a hard sell, I am convinced that a good and innovative security strategy, with the passion and conviction of the presidential candidate, will go a long way in getting the buy-in of the electorate.

There is no gainsaying that policing has virtually collapsed in Nigeria today… Critical questions for candidates are: How do they intend to restore the people’s confidence in the Police? How will they tackle the retraining, retooling, and general welfare of the Police? The pendent issue of state police deserves an intense conversation, and the people must draw commitment to its implementation.

On the other hand, the Peoples Democratic Party (PDP) candidate needs a new narrative beyond the typical rhetoric on tackling security crises without any tangible and practical solution. The PDP security strategy needs to be germane to the changing context of Nigeria’s deplorable security crises. This strategy may be a hard sell, too, because PDP had its fair share of failings in tackling insecurity at the initial stages, allowing it to get out of hand during its time in power.

The new political forces led by Peter Obi of the Labour Party and Rabiu Kwankwaso of the New Nigeria People’s Party (NNPP), and the candidates of other parties, have their jobs cut out because they have the advantage of coming to Nigerian electorate with new thinking and of not carrying the baggage of failure in tackling insecurity, unlike APC and PDP. Their security strategy, if fresh, deep and well articulated, may enjoy the acceptance of mostly the youths, who are ready to try new things and experiment with their future.

Some pertinent questions suffice: What essential elements of insecurity must presidential candidates articulate and expose to the electorate, in terms of tackling the problem in Nigeria under their presidency? What “ingredients” should the insecurity solution “soup” have? What contextual underpinnings must he consider when dealing with Nigeria’s insecurity? These simple questions provide the analytical framework for evaluating and assessing the level of integrity and potency of the security strategies of these candidates. The media and the electorate must critically analyse the strategies and plans of candidates to ascertain their efficacy, albeit on paper.

Statutorily, many of the internal security challenges prevalent in Nigeria fall within the responsibilities and purview of the Police. The persistent neglect of the Police and its misuse have combined to debauch its capacity to meet the people’s security demands. The increasing viciousness of violence across the country further calls to question the capability of the Police to conduct its policing functions effectively.

There is no gainsaying that policing has virtually collapsed in Nigeria today. We presently deploy our military across 34 of the 36 states in the country, saddling them with tasks that the Police should perform. That many Nigerians have lost confidence in the Police is an understatement and a significant challenge. For the presidential candidates, a complete reform and decentralisation of the Police must be the prime agenda in the security strategy, and this must be a focal issue in the campaign. Critical questions for candidates are: How do they intend to restore the people’s confidence in the Police? How will they tackle the retraining, retooling, and general welfare of the Police? The pendent issue of state police deserves an intense conversation, and the people must draw commitment to its implementation.

Another critical issue is the porousness of our national borders, and this has exacerbated violence and criminalities because of the seamless access to sophisticated weapons across Nigeria’s borders and the unhindered movement of criminals into the country. Officially, Nigeria has about 84 approved land border control points but over 1,400 illegal border crossings. The stretch along the Northern boundaries with Benin Republic, Niger, Chad, and Cameroon are potential crossing points for illicit arms dealers, kidnappers, terrorists, and other criminals, due to the dry Sahel vegetation and open Savannah terrain.

Security experts have continuously warned that unless we address the issue of border security, the success expected in the fight against banditry will remain a mirage. What will the presidential candidates do about our porous borders? The electorate must ask tough questions of the candidates on the issue of legal and illegal border control.

The next issue is how to deal with ungoverned spaces and huge forests that provide havens for bandits, terrorists, and criminals across the country. Recent attacks on the Kaduna airport, Kaduna–Abuja trains, and swathes of Borno, Zamfara, Katsina and Nasarawa States were logistically possible because of insurgents and bandits in the Sambisa Forest in Borno State, the Kuyambana and Ajja Forests in Zamfara, Birnin Kogo Forest in Katsina and Guma Forest in Nasarawa State. In Imo and Anambra states, secessionist agitators and the “unknown gunmen” have made the different forests in the States their hiding places.

The last issue is our military’s capacity and combat efficiency in terms of workforce and equipment, to deal with kinetic and non-kinetic engagements. Given the asymmetrical nature of terrorism, banditry and insurgency, the Nigerian military needs all the support it can get, especially from a president. Compared with other armies in countries with similar terrorism and insurgency issues (like Pakistan and Egypt), our military personnel pales in number and defence spending as a percentage of GDP. Nigeria’s military personnel is about 190,000, whilst that of Pakistan is approximately 1,495,000; and our defence spending to GDP is 0.63 per cent, while that of Egypt is 1.2 per cent. The strategies of the presidential candidates must explain to the electorate how they will deal with these anomalies.

The debate on the cyclical nature of insecurity and unemployment is raging. Some argue that insecurity has helped push Nigeria’s unemployment levels to about 40 per cent, while others say that the high unemployment rate causes the youths to engage in all forms of criminality, insurgency, and terrorism. This chicken and egg conundrum of insecurity and unemployment is beyond the scope of this discourse; however, we assume that the presidential candidates must articulate a way of reducing both social menaces crippling our country. How they will do these should be the focal point of their campaign messages. Nigerians would like to hear from the presidential candidates their definitive positions on issues of reform and decentralisation of policing, citizens’ involvement in security management, tackling terrorism, border security management, and youth unemployment. It is our duty as an electorate to demand these from the candidates. And cast our votes based on our conviction of who holds the best chance of making Nigeria great again.

INTERVIEW: Why I look young, agile, vibrant and busy at 80 — Jimi Solanke