A garland of well-wishes to the Olowokure twins at 92, By Lanre Arogundade

They are simply admirable. 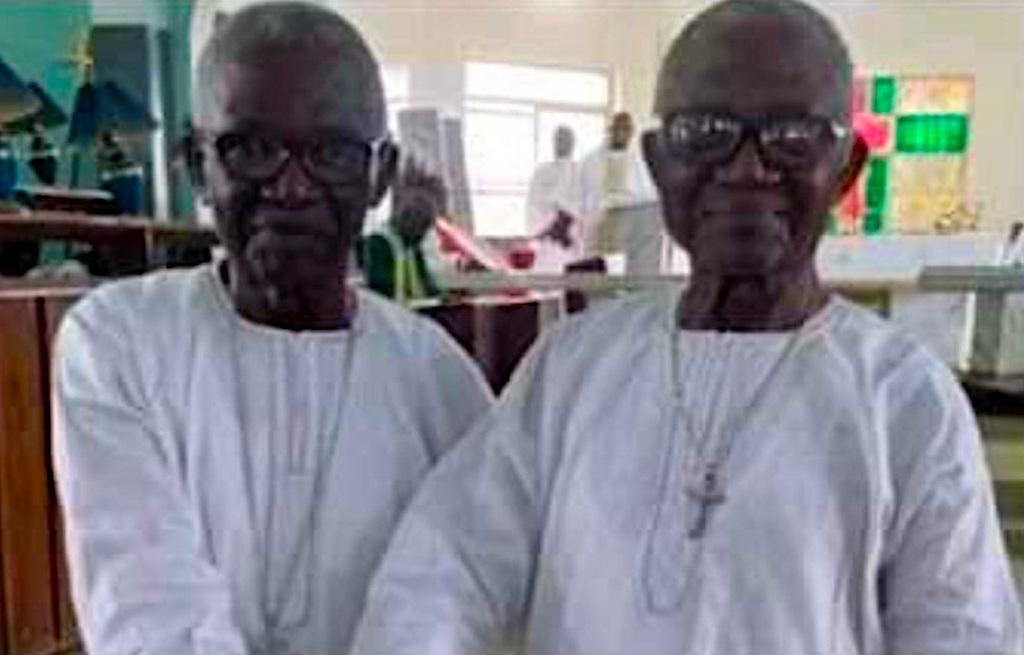 Still physically active and mentally sound, one cannot but appreciate the Grace of the Lord in the lives of these Daddies to whom I am eternally grateful for their positive influence in mine and other lives by themselves and through their offspring. They are simply admirable.

“Egbon mi gidi mo ni” (he is an original senior). That was my mother’s retort as I teased her once again that it seemed she was related to everyone in Ijebu-Jesa.

Walking the streets with her was a childhood ordeal I hated to experience and loved to avoid. She would stop to greet this ‘Buoda mi’ and that ‘Anti mi’, all of whom you were also obliged to prostrate for. Back at home, I would quarrelsomely challenge her to explain how it was possible for her to be related to all those we had met, while threatening not to follow her out again.

By the time I graduated from secondary school, I was convinced I had met all my mum’s numerous Ijebu-Jesa brothers, sisters, uncles and what have you. Then came my effort to get admitted into the Federal School of Arts and Science, Ondo (FSASON) in 1979 and the news suddenly got my mother elated. “Egbon mi kan wa nibe, laa ba ke ranolowo” (I have a brother there; go and meet him to assist you). That was the moment I teased her for the umpteenth time about having so many relatives.

But within me, this was one prostration I was prepared do several times over. Having worked for a year as a laboratory attendant at Ijebu-Jesa Grammar School in the 1978/79 session, while simultaneously schooling to retake my West African School Certificate Exam (WASCE), I was eager to further my education.

The newly unveiled Uncle of Layoonu Hannah Arogundade was the then Venerable J.O.K Olowokure, the Archdeacon of All Saints Anglican Church, Ogbonkowo, Ondo, who was glad to meet one of the sons of his ‘aburo’. He wasted no time in accompanying me to the office of the Principal of FSASON and I was soon to become a FSASONite, as we the students of the higher school fancifully called ourselves.

The Olowokures were extremely accommodating and the weekends during my educational sojourn in Ondo were mostly spent in their vast church compound, even if I must confess that the regular Sunday afternoon lunch of pounded yam was a crucial motivational factor for the food loving me.

The living room pictorial decorations of the Venerable informed of the existence of an identical twin brother, but when Professor Taiwo Olowokure finally came around and I saw him for the first time, the semblance was more striking than the pictures had revealed. On a few occasions, some Church members would meet the Professor downstairs and launch into narratives about church affairs to someone whose life revolved around academics at the University of Maiduguri. He would wait for the Archdeacon to descend the stairs before informing the bewildered Church members to redirect their issues to the appropriate person.

As an educationist who had been a school principal, Venerable Jacob Olabode Kehinde Olowokure brought managerial and intellectual aptitude to bear on the management of church affairs in the archdeaconry. His moving on from there to become the pioneer Bishop of Ikare/Akoko Diocese was not a surprise to close observers and the Diocese rapidly expanded under his dynamic leadership.

Perhaps it was the educationist in him that made him to constantly inquire after my academic progress. Although I had taken the JAMB exam for the second time, I was somehow more interested in completing my ‘A levels’ for a direct entry into the university. This particularly became the case when I scored 249 in the JAMB exam and therefore missed my preferred discipline of study, Economics, which had 251 or 253 as its cut-off point. But Daddy Olowokure would not accept that for an excuse, arguing that I was putting faith in an uncertain future. He therefore ordered me to pursue admission for my second choice, so as not to enter the University at a old age. I did and that was how I end up studying Psychology at Great Ife. I owe him a depth of gratitude for this and the moral and spiritual support he later offered when I ventured into the turbulence of students’ unionism. When I became president of the National Association of Nigerian Students (NANS), he exclaimed that he didn’t know he harboured a troublesome boy in Ondo and promptly nicknamed me ‘Olarenwaju Idiagbon’, since the military junta we fought then was the Buhari/Idiagbon regime and Idiagbon was considered the real hardliner.

It wasn’t until I travelled to Maiduguri for a meeting of the Nigeria Union of Journalists, as part of the Lagos NUJ delegation around 1989, that I was privileged to visit the other twin in his domain. As with his twin brother in Ondo and later Ikare, the Olowokure premises on the campus of UNIMAID was revealing of the family’s accommodating nature. The residence was a lively beehive that constantly bubbled with the presence of scores of relations (blood and non-blood) for whom Professor was simply Baba.

Back at home, after a long educational and episcopal journey within Nigeria and abroad, the Olowokure twins, the oldest living in Nigeria, have stuck together like Siameses; occupying the same family compound, dining together, worshipping together and daily adorning the same apparel, sometimes making the choice of dress through what can best be described as telepathic communication.

An amiable duo, the retired Bishop has since nicknamed the retired Professor ‘Baba JABU’ because the later taught for a while at the Joseph Ayo Babalola University (JABU), Ikeji-Arakeji, Osun State, even after returning from Maiduguri; while the retired Professor has retaliated by nicknaming the retired Bishop, Baba Ijebu. At times it is the frequent exchange of ‘Baba JABU pele o’ and ‘Baba Ijebu pele o’ that you will witness if you happen to be in their presence. And I’m willing to bet that they would have traded happy birthday Baba JABU, happy birthday Baba Ijebu as they wake up to mark their 92nd anniversary on the morning of born September 10, having been born on that day in 1929.

Still physically active and mentally sound, one cannot but appreciate the Grace of the Lord in the lives of these Daddies to whom I am eternally grateful for their positive influence in mine and other lives by themselves and through their offspring. They are simply admirable.

Lanre Arogundade, journalist, media trainer and member of the Editorial Board of Premium Times  is the Executive Director of International Press Centre (IPC), Lagos-Nigeria.