VAT distribution should be more reflective of the contributions made by individual states. 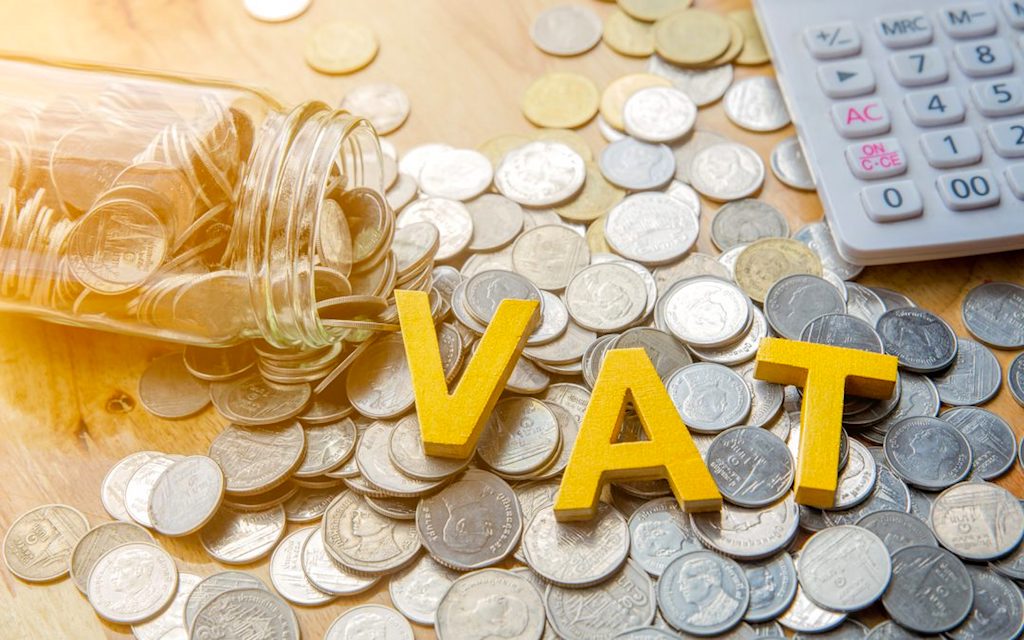 The reactions from the states that stands to benefit from the current court ruling and the move by FIRS to amend the Constitution by including VAT in the exclusive list and making tax legislation an exclusive preserve of the Federal Government, without addressing the fundamental question of fiscal federalism is a call for fiscal anarchy.

The Federal High Court, Port Harcourt Division, recently delivered a judgement in the case between the Attorney General for Rivers State and Federal Inland Revenue Service (‘FIRS”) & Attorney General of the Federation, stating that the Federal Government of Nigeria (FGN) lacks the power to impose and collect taxes that are not listed under Items 58 and 59 of Part I of the Second Schedule of the Constitution of the Federal Republic of Nigeria 1999 (as amended) (“the Constitution”)

We should recall that in October 2019, the Federal High Court, Lagos Division, in the Registered Trustees of Hotel Owners and Managers Association of Lagos v. A. G. Federation & Others, while considering the validity of the Hotel Occupancy and Restaurants Consumption Law of Lagos State, upheld the powers of the Lagos State Government to charge and collect consumption tax from hotels, restaurants and event centres within the State. The Court held that based on the Constitution and the Taxes and Levies (Approved List for Collection) Act, the power to impose consumption tax was a residual power within the exclusive competence of States. It restrained the Federal Inland Revenue Service (FIRS) from imposing value added tax (VAT) on goods and services consumed in hotels, restaurants and event centres, as this was already covered by the Lagos State Law.

The court proceeded to declare sections 1,2,4,5 and 12 of the VAT Act as being inconsistent with section 4(2),(4) (a) & (b), (7)(a) & (b) of the Constitution and consequently unconstitutional and invalid. The court granted perpetual injunction against FIRS from collecting VAT from hotels, restaurants and event centres in Lagos State.

The constitutionality of VAT has always been an issue that keeps recurring and there are other cases that can be cited to support or oppose the current status quo including, Chukwuka Ukala v FIRS & A.G. Federation. A supreme court judgement in EKO Hotel vs Attorney General of Lagos State made some pronouncements on covering the field in support of the VAT Act and this has been referred to by some others in making their case for caution on the basis of judicial precedence. This article will discuss the current issue with a view to making recommendations that may promote fiscal federalism and enhance the ease of doing business.

The Evolution of VAT in Nigeria

VAT is a consumption tax that has been embraced and adopted by many nations across the globe because it is difficult to evade and relatively easy to administer. It was introduced through the VAT Decree No 102 of 1993 to replace sales tax operated under Decree No.7 of 1986, which was administered by States and the Federal Capital Territory (FCT) and has since addressed the administrative issues around the logistical challenge for companies with operations across the various States, who were hitherto subjected to different sales tax regimes across the country. The tax remained 5 per cent until it was increased to 7.5 per cent through the Finance Act of 2020.

Although VAT is centrally administered by the Federal Inland Revenue Service (FIRS), it has always been largely for the benefits of the states in Nigeria. The VAT pool is shared with 15 per cent going to the Federal Government; 50 per cent to states; and 35 per cent to local governments (with a net of 4 per cent as cost of collection by the FIRS). The percentage of the cost of collection remains an issue which the states have raised at the Federation Account Allocation Committee (“FAAC”) meetings, but which continues to be neglected with impunity. The distribution of VAT amongst states and local governments recognises the principle of derivation and twenty per cent (20%) of the pool is shared on this basis.

About 30 states account for less than 20 per cent of VAT collection, while Lagos and Rivers States, currently in the eye of the storm, are estimated to account for over 70 per cent of the VAT pool in Nigeria, with Lagos as a standalone contributing about 55 per cent due to the high concentration of economic activities in the State as a result of its strategic importance as the commercial capital of Nigeria, making a huge contribution to the Gross Domestic Product (GDP) of our country.

The above analysis has always led to the call for equity and fairness in the distribution of the proceeds from VAT. The neglect of this call largely led to the introduction of Sales Tax by Lagos State Government, which was later amended to Hotel Occupancy and Restaurants Consumption Law of Lagos State.

As a nation, we should always provide platforms to discuss and address challenges facing our federation. The call to accord Special Status to Lagos has been neglected and the current move by Lagos State to enact its VAT Law on the back of the victory of Rivers State in the Federal High Court of Lagos, which declared the VAT Act as unconstitutional, may provide an opportunity to approach the issue of fiscal federalism in a holistic manner.

The Impact of the Judgement on States and the Federal Government

With Rivers and now Lagos taking steps by enacting laws to implement VAT collection in their respective States, about 30 states in Nigeria may experience challenges in meeting their financial obligations, as the federation account could lose revenue from VAT amidst a general dwindling federal revenue. The loss may be extended further if other taxes covered in the court ruling are assigned to states for collection.

In general, there is an urgent need for a review of the cost of collection of various taxes and levies by FIRS, the Nigeria Customs Services and other revenue generating agencies, with a view to reducing them across board. Available data and comparable evidence all over the world show that the percentage of cost of collection in Nigeria is on the high side.

In fact, the Federal Government, which currently takes 15 per cent of the VAT pool may not be impacted negatively, given that the FCT generates the second-highest VAT (after Lagos), in addition to import and non-import foreign VAT. Although Rivers and Lagos States, in their respective laws, try to force importers to pay VAT before clearing their goods from the ports, it remains to be seen how this will be implemented, as the Nigerian Ports Authority has refused to cooperate with the States currently collecting wharf landing fees and may frustrate any effort by States to collect VAT at our ports.

The current altercation calls for the strengthening of fiscal federalism. The Federal Government should take the lead role in redistributing resources in a fair and equitable manner to reduce the constant friction in the allocation of revenue. In our federation, as typical with all others, a fiscally balanced federation is desirable, so that no part is left behind for being poorer than the others.

Canada, Mexico, Australia, among others, utilise one form of “equalisation fund” or the other to support States with lower capacity to raise revenue. Belgium has the “national solidarity intervention” to support the regions where the average per capital yield of personal income tax, falls below average. Germany, as a federation, has taxation exclusively under the federal government and the parliament passed a state law to ensure that every state gets its fair share in a just and equitable manner.

Cost of Revenue Collection: A Case Study of VAT

Empirical data suggests that VAT is an easier tax to collect than other taxes, such as income tax, CGT, excise duties, etc. This means the cost of VAT collection should in fact be less than the average cost of total tax collection. It is a known fact that government (including states), their Ministries, Departments and Agencies (MDAs), the Nigerian Customs Service, and oil and gas companies act as VAT collection agents, accounting for over 40 per cent of VAT collected, yet the 4 per cent is still applied to this portion. We should also not forget that VAT is based on self-assessment, with only 3 per cent of “VATable” entities accounting for 97 per cent of VAT revenue in Nigeria, according to a recent International Monetary Fund (IMF) report. The call for the reduction of the cost of collection to 1 per cent or even less, should be implemented now.

In general, there is an urgent need for a review of the cost of collection of various taxes and levies by FIRS, the Nigeria Customs Services and other revenue generating agencies, with a view to reducing them across board. Available data and comparable evidence all over the world show that the percentage of cost of collection in Nigeria is on the high side. In addition, as the revenue increases due to the deployment of technology to enhance efficiency, the cost of collection should be reviewed downwards.

VAT is typically levied on the supply of goods and services which are driven by business activities; therefore, it is trite that some states may contribute more to the VAT collection than others, depending on their levels of economic activities. There are also potential administrative issues around the logistical challenge for companies with operations across the various states, who would then be required to file different VAT returns for each of these states. The potential administrative challenges will be a drawback on the little gains made on enhancing the ease of doing business and eliminating the incidence of multiple taxation, as goods and services move across state borders in our country. Adequate consideration should be given to how the input and output VAT offset mechanism would work where the input tax is incurred and paid in a different state from where the output tax is charged and collected.

The reactions from the states that stands to benefit from the current court ruling and the move by FIRS to amend the Constitution by including VAT in the exclusive list and making tax legislation an exclusive preserve of the Federal Government, without addressing the fundamental question of fiscal federalism is a call for fiscal anarchy.

At this critical time in the evolution of our federation being shaped by the judiciary, lies the need for pragmatic leadership. All stakeholders should be consulted with a view to providing a win-win solution at this time.

Allocation should be done solely among states. The sharing ratio between states and local governments can be agreed and enforced by laws passed by States Houses of Assembly. This particular recommendation is very important due to the lopsided distribution of local governments to the disadvantage of some states…

Some of the recommendations that should be considered to push the boundaries in finding solutions include:

The above recommendations are not exhaustive, but will go a long way in addressing the issues being raised by states that are being shortchanged by the current arrangement, while providing a platform to support states that may end up holding the short end of the stick from the current crisis. As we engage, I will advise that rushing to amend the Constitution, as being proposed by FIRS, is not an option that will promote fiscal federalism. We need to tread with caution.

Akinyemi Ashade is a chartered Accountant and former Commissioner for Finance in Lagos State.