Where is Akinwunmi Ambode?, By Fred Ohwahwa

Ambode was generally considered a successful governor during his tenure, yet he was unable to secure a second term. 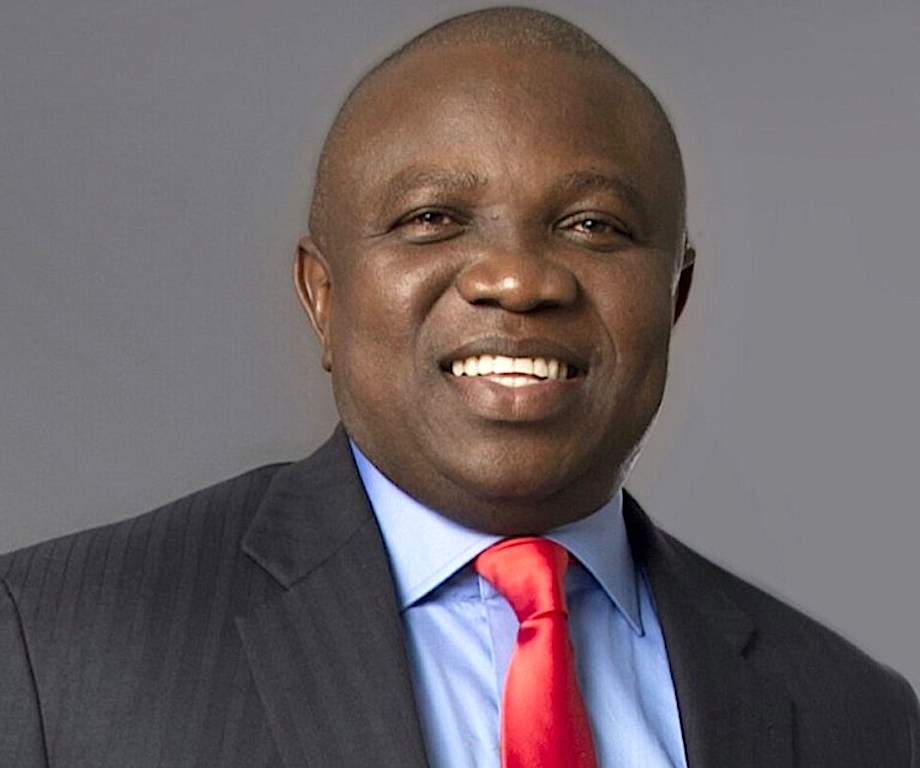 Ambode, Donald Duke and their likes must not give up in their quest to contribute to the betterment of our society. They should not wait to be “begged” to re-enter the political terrain. It is their duty to use their privileged position to work for the greater good of society.

Is the former Lagos State governor, Mr Akinwunmi Ambode, in Nigeria? If he is, what is he up to? He has been pretty quiet for some time now, since 2019, making it look as if he has run out of gas. For more than two years, the man has been under the radar. He became a one-term governor by virtue of the peculiar machinations of Nigerian politics.

Before he took his exit from the stage, he was a star of sorts among his contemporaries. He was the governor of Lagos, about the richest State by more than a mile in Nigeria. In addition to the ever-growing internal revenue base, Lagos boasts of the most dynamic human capital in the country. The private sector is truly the engine room of development in the State. Successive governments since the Tinubu administration in 1999 have had the good fortune of selecting the very best and brightest to run the State. Not something we can say for many of the other States in the federation, where mediocrity and nepotism are the cardinal elements of state policy.

Before Ambode went down the political tube, President Muhammadu Buhari and Ambode’s  fellow governors had tried all their political and diplomatic skills to save him, but they didn’t succeed. I remember the several delegations that went to see the Jagaban to forgive his protégé of his “sins”, but it all  came to naught. Many reasons have been adduced for why things fell apart between the godfather and his political godson. Bottom line: All politics is local.

Ambode was generally considered a successful governor during his tenure, yet he was unable to secure a second term. Some of his contemporaries who were poor in performance easily got their parties’ nominations and won re-election. Several factors have been attributed to this. One, the current godfather of Lagos politics was not happy with him. Two, his party men and women were not impressed with how miserly he doled out largesse to oil the political machinery in the State. Three, he wasn’t a natural politician and didn’t understand the meaning of the word COMPROMISE. Four, he had an arrogant bent. And in politics, humility, even if it is a forced one, is considered a virtue.

In Nigeria, politics is essentially a zero-sum game. You win, you are on top; you lose, you are crushed. You are interred even before doctors certify that you are truly dead. The environment is worse than a crocodile infested pool. There is no attempt to harness your redeeming features for the common good. The people can do without your good qualities and you can go to waste. Thank you.

In Ayisha Osori’s book, Love Does not win elections, she lays bare the time-worn reality that your good deeds may not be enough to move you forward in life, especially in Nigerian politics. I think that is one of the lessons that people like Ambode and others have learnt painfully.

But we cannot attain any meaningful development as a people when we see politics as an art of war; where those who have temporary advantage cannot see the good in others. The country belongs to all of us and those in control of the commanding heights must realise at all times that it is a sacred duty on their part to harness the best in all of us to make for a better society.

As governor, Ambode was no saint. He made his fair share of detractors and enemies. One visible group of “enemies” were those involved in refuse collection, otherwise known as players in the Private Sector Participation (PSP). They were blindsided by the government and they waited and took revenge in a spectacular way.

Ambode also refused to continue with some of the legacy projects of his predecessor, Babatunde Fashola. One glaring example was the rail project from Ijanikin to CMS. That laudable project was abandoned for four years without any apparent justification.

But the former governor had many things going for him. He tried to modernise the system of governance in many respects. Even the processes of paying taxes were made more friendly during his tenure. The International Airport Road is a thing of joy to all those who pass through it now. That road was allowed to rot for decades, becoming an eye-sore to the civilised. Neglected, as usual, by the Federal Government, Ambode turned the story around.

He must also take credit for the beauty that the Oshodi concourse has become. The massive road network he constructed in the Alimosho axis of the State will be difficult to surpass. He constructed some signature bridges like those of Alagbado, Ajah and began that of Pen Cinema in Agege. The whole of Epe was transformed by the massive road network he built in that senatorial division.

True, that is his primary constituency. But nobody can begrudge that part of Lagos State the facelift it received during his tenure. The place had been ignored for so long. It was no wonder that the Epe people came out to chase away some law enforcement people who came to search his abode some time ago. It is an appreciation of what the man had done for them.

At no other time than now does Nigeria needs all hands to be on deck to pull us from the brink that we are all starring at. The Nigerian narrative is bleak and it must be changed. Otherwise, we will all suffer the consequences of a failed state.

One of the tragedies of the Nigerian enterprise is the elite recruitment process or the lack thereof. It is an all-comers affair. It is completely devoid of ideological convictions. Minimum intellectual endowment does not stand you in good stead. Morality is absent. Greed, small-mindedness and self-interest are the governing principles. As a result, we live in a society of BIG MEN in a SMALL STATE. Our security architecture is an embarrassment. The infrastructural deficit is scandalous. We are handing over a disgraceful state to our children. And this is not fair.

The gladiators expend so much of their energies pursuing personal vendetta and primitive accumulation that they do not have time to conceptualise how the country should be in a few years. On top of that, they do not give a damn.

The basic functions of a state, such as providing for and promoting the security and welfare of the people is almost a mirage.

Ambode, Donald Duke and their likes must not give up in their quest to contribute to the betterment of our society. They should not wait to be “begged” to re-enter the political terrain. It is their duty to use their privileged position to work for the greater good of society.

It is surely one way to guarantee a better future for our children and the unborn generations,

Fred Ohwahwa, a former Editor of The Guardian on Sunday, wrote from Abuja.

Banditry In Katsina (2): How gunmen scare farmers away from farms

Banditry In Katsina (2): How gunmen scare farmers away from farms