Kaduna: Travails of the military in the face of banditry, By Semiu Okanlawon

The military cannot afford to go down in the face of banditry. 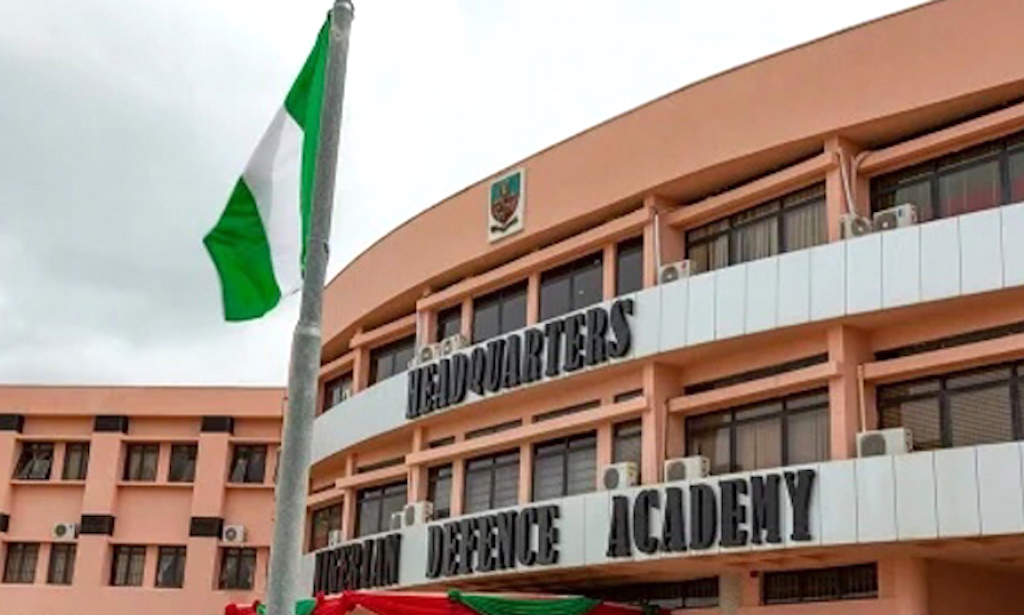 Save that we may want to now admit these military formations are curses, rather than blessings, I do not see any other part of Nigeria with so many military establishments that are supposed to provide cover for the “Centre of Learning.”

God bless Chinua Achebe, that author who taught us that proverb is the palm oil with which words are eaten. He it was who told us that, “When suffering (trouble) knocks at your door and you say there is no seat left for him, he tells you not to worry because he has brought his own stool.”

That was the message, in my estimation, that insurgents rudely passed to Nigeria recently with the invasion of Nigeria’s apex military institution, the Nigerian Defence Academy.

In the last week, terrorism that we choose to trivialise, downplay and deodorise as banditry, has slapped us in the face multiple times and with such instructive gusto that whoever is still in doubt about the reality of the trouble with us, cannot be said to be normal again.

In Nigeria and in the face of our military, bloodletting, maiming, kidnapping for ransom, kidnapping for rituals, and all manners of fearful occurrences, have settled down with us and the question is for how long will Nigerians be at the mercy of this predicament.

Nigeria would not be the first country where “trouble says it has come with its own seat” and flies in our face, making us look helpless and hapless. The difference from nation to nation is how the scourge is handled at the level of the authorities, to show the way and demonstrate leadership.

We can recall that fateful day on September 11, 2001, when 19 members of the dreaded al-Qaeda group hijacked four planes and targeted major and vital military formations in America. The almighty United States was caught napping!

Never will the images of those two planes flying and hitting the twin towers of the World Trade Center in New York City disappear from the world’s memory.

And then the Pentagon, headquarters of the United States Department of Defense and, no doubt, the proud symbol of the U.S. military, was also hit by another plane within minutes of the highly coordinated assault. The world was left speechless in the first most deadly attack ever carried out on the U.S. soil.

That Tuesday’s attack stands as the first most ambitious assault and campaign against Nigeria’s military establishment, and a calculated assault to amplify the vulnerability of the entire country in the face of sustained insurgency.

Those who plotted the NDA attacks wanted to strike and score a major point. And they did. The reality is that there are countless attacks, raids, killings and other crimes today in Nigeria that do not even get the honour of media mentions. Sultan Saa’d Abubakar said over 70 people were buried in a day in Sokoto and no one heard about it.

Shouldn’t we assume that just as the Aso Rock Villa, the Defence Building, headquarters of the Nigerian Police Force, Directorate of State Services (DSS), Army barracks, the NDA are such impregnable fortresses, where not even the tinniest insect dares to fly without some dire consequences.

If we recollect, in 2013 Boko Haram insurgents carried out their campaign to the Louis Edet House headquarters of the Nigerian Police in Abuja and caused the nation grief over what was then a strange occurrence. But such effrontery has graduated into attacks on the very matrix of the country’s defence system, which is why the calls for urgent actions are more strident.

Those who plotted the NDA attacks wanted to strike and score a major point. And they did. The reality is that there are countless attacks, raids, killings and other crimes today in Nigeria that do not even get the honour of media mentions. Sultan Saa’d Abubakar said over 70 people were buried in a day in Sokoto and no one heard about it.

Terrorists only make statements when they strike at schools and whisk away students in hundreds. But there are also hundreds of ordinary travellers who get kidnapped on the roads; farmers who get killed on their farms in remote areas that are ‘unimportant’ for our time and lamentations.

Of course, the Presidency can sulk and describe this as another attempt to ridicule it. But the rains did not just start beating us today. The litany of these attacks, if critically examined, also tells us that this is not the first time the attacks were carried out, not for their ordinary sake, but to make particular loud statements, if only those who should get the codes get the meaning of the statements.

When insurgents broke into the police headquarters in Abuja in 2011, it was a day after the then Inspector General of Police, Hafiz Ringim, visited Maiduguri and promised that insurgents would be roasted within a short time. On that day, suicide bombers crashed through the barricades of the Police head office and roasted a number of officers in the process.

And, in case anyone did not want those blood-thirsty psychopaths to take credit for their effrontery, they wasted no time in telling the world in a statement then that, “We are responsible for the bomb attack on the police headquarters in Abuja which was to prove a point to all those who doubt our capability.”

The attack on the NDA was equally prove their capability and expose our general vulnerability.

Just last year, President Buhari visited Maiduguri to assess the situation and boost the morale of officers. A few hours after his departure from the state capital, insurgents took over and in what appeared a deliberate act, neutralised all the hopes and assurances that the president had given the residents.

Moments such as this either bring out the best in the leadership or cast them as unworthy of the people’s trust.

The case of Kaduna becomes even more nonplussing. What explanation do you proffer for, perhaps, being the most militarised State in the whole country, which has come down so easily at the feet of terror?

George Bush’s firm response in 2001, even in the midst of dead bodies being pulled out of the fallen towers of the World Trade Centre, still reverberates till date. “Terrorists attacks can shake the foundations of our biggest buildings, but they cannot touch the foundation of America”, he said. And with that, America moved decisively to tell the terrorists that its soil would never yield to its blood business.

With the state of insecurity in Kaduna, Borno, Niger, and Zamfara States, alongside other parts of the North and, indeed, Nigeria, what does the crystal ball say about the capacity of Nigerian security agencies to help President Buhari speak and act in the manner that President Bush acted when terrorists tested the will of his country? Willful incursions by criminals into what is assumed to be safe sanctuaries, portend some level of despair.

Amidst all these, however, Kaduna calls for incisive interrogations as a major Nigerian city, peopled by Nigerians of diverse backgrounds, which has become a hub of killings. Also recently, it was the turn of a Nigerian senator, Bala ibn Na’Allah, to taste the bitter pill, with the killing of his pilot son in his residence in Kaduna.

Kaduna was nicknamed “The Liberal State” due to its status as a home to all shades of opinion, lifestyle, ethnicity and religion. Yet, with Kaduna’s current state of anomie, its sobriquet of the “Centre of Learning” is far from being the reality, with its swelling number of out-of-school children, occasioned by banditry, poverty and other hues of helplessness on the part of the government and the people.

The case of Kaduna becomes even more nonplussing. What explanation do you proffer for, perhaps, being the most militarised State in the whole country, which has come down so easily at the feet of terror?

Save that we may want to now admit these military formations are curses, rather than blessings, I do not see any other part of Nigeria with so many military establishments that are supposed to provide cover for the “Centre of Learning.”

It is strange, ridiculous and unacceptable for the headhunter to run in the face of the threat of a mere rodent, the Yoruba say. But sadly, that is the reality when, rather than take the battle into the enclaves of terror, the hunter, in popular saying, has become the hunted. The helplessness is becoming too glaring!

As a youth corps member travelling across many Northern states in the 90s, Kaduna was one destination on my mind because of the lofty stories of its diversity and warmth.

These attributes have yielded their space to blood, anguish and pains. It is sad that this menace is catching on like Harmattan fire. The military cannot afford to go down in the face of banditry.

Zamfara, Osun, 16 other states to experience cold temperature this week