Is there an Indonesian Ministry of Strangulation?, By Wole Olaoye

Indonesia ought to treat Nigeria as a valued partner and its citizens with some respect, but it doesn’t. 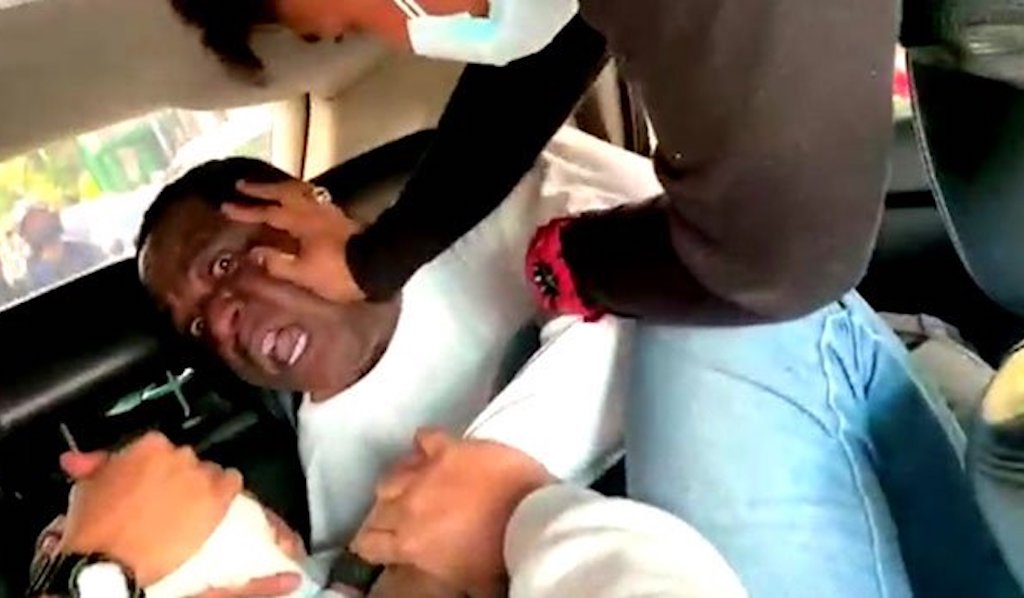 When it comes to the issue of human dignity, we ought not to be seen making compromises. The Nigerian government should insist that the officers who ignored Ibrahim’s diplomatic status and humiliated him to the extent of almost killing him, are dismissed from service. If not, it will happen again. And soon too. Mark my words.

“I can’t breathe! Hey!… My neck! …I can’t breathe!”, screamed Nigerian diplomat Abdulrahman Ibrahim as he was being strangled at the back of a car by Indonesian immigration police. If the assault had been visited on any ordinary citizen of any country in the world, it would still be as horrific. But the fact that the usual courtesies reserved for diplomatic staff were exercised in their breach, makes the savagery of the Indonesian officials doubly condemnable.

The whole world seeing the video of the near homicide had a George Floyd flashback. The kind of choking technique employed by Derek Chauvin, the former police officer who murdered citizen George Floyd in Minneapolis, United States of America, was the weapon of choice. The only difference was that whereas Chauvin used his knee to block blood supply to Floyd’s brain, the Indonesians used their bare hands.

The incident brought out the worst in the Indonesian government, which seems to believe that the best way to navigate its way out of a self-inflicted global embarrassment was to spin infantile yarns. Apparently that country has an unnamed minister of strangulation, who borrows the mouths of several government spokespersons to insult the intelligence of the already shocked global community.

The Indonesians want us to believe that the immigration officers from South Jakarta Immigration Office were carrying out their ‘normal’ surveillance on foreigners when they asked Ibrahim for identification but the diplomat refused to identify himself or tender his passport. Eventually he offered to accompany them to their office and on the way he elbowed one of the officers in the face, which led to a nosebleed. There is no record of any officer reporting assault by Ibrahim in the records, but the Strangulation Ministry and its ambassador in Nigeria has a ready explanation — the officer allegedly injured by Ibrahim lodged a complaint about the attack on him but did not process it further because he thought the matter had been resolved!

It’s the classical plot of tales told by idiots: Victimise the victim all over again; turn the assaulted to the aggressor; throw the scent from the real horror of attempted murder. Talk, instead, about the bleeding nose of a respectful Indonesian official who received a mythical ebony elbow on his moustachioed lip.

The Indonesians would have been better off if they had kept their mouths shut. Haven’t their communication strategists come across Abraham Lincoln’s admonition that it is better to remain silent and be thought a fool than to speak and to remove all doubt?

The Association of Foreign Relations Professionals of Nigeria (AFRPN), comprising serving and retired Nigerian ambassadors, demanded the expulsion of the Indonesian ambassador in Nigeria “until satisfactory explanation and necessary restitutive steps are taken by Indonesian authorities to assuage frayed nerves.”

They spoke the minds of many of their compatriots: “The actions of the Indonesian officials represent a modern-day display of gangsterism and inhuman behaviour towards a fellow human being, even if he was not a diplomatic agent, and must therefore be met with robust response from the Federal Government of Nigeria through the application of measures that may include a complete reassessment of Nigeria’s diplomatic relations with Indonesia.

“ARCAN rejects the statement credited to the Head of the Regional Office of the Ministry of Law and Human Rights of Indonesia which makes no sense and an obvious attempt to cover up the barbaric action of the Immigration officials, and a clear indication of the unacceptable manner foreigners, legal or illegal, are treated in the country.”

As an afterthought, Indonesia, realising that nobody outside its lying caucus believed its earlier fib, decided to apologise to Nigeria over the incident, revealing that its officials had also apologised to Mr Ibrahim and to the Nigerian ambassador to Indonesia.

Sorry, I don’t believe that Indonesia is sorry. That country has become used to treating Nigerians like garbage, no thanks, in part, to the criminal activities of dare-devil drug couriers who ply that route, despite the fact that Indonesia operates a death penalty regime. Many convicted Nigerians have been dispatched to the netherworld that way. Some are still awaiting execution.

But Nigerians involved in crime are an infinitesimal minority. Even if I say so, good Nigerians outnumber the bad ones on a ratio of 10 to 0.000001. Whoever profiles Nigerians as criminals does so at his or her peril.

The Indonesians, because of prejudice, had judged a book by its cover and made a terrible error.

Nigeria does not deserve this kind of humiliation from Indonesia, having been the first Sub-Saharan African country to establish a diplomatic mission in Indonesia in 1975. Indonesia opened its resident diplomatic mission in Lagos in 1965. After South Africa, Nigeria is Indonesia’s second largest trade partner on the African continent. In 2013, the bilateral trade volume between both countries hit $2.2 billion.

The message America is sending to the world with that judgement is that it has zero tolerance for racism or chauvinism (pun intended). Now what message is Indonesia and its Ministry of Strangulation sending to Nigeria and the rest of the world? My interpretation: We may be partners in name but I have no regard for you.

Nigeria accounts for about 22 per cent of Indonesia’s total trade with Africa. There have been discussions on a US$2.5 billion gas methanol and fertiliser plant in Nigeria with Pertamina of Indonesia and NNPC of Nigeria, in collaboration with Eurochem Indonesia and Viva Methanol of Nigeria. At least 15 Indonesian companies are doing good business in Nigeria without harassment, including the makers of the popular Indomie noodles. Nigeria imports from Indonesia was US$ 450.46 Million during 2019, while Indonesia imports from Nigeria was US$ 830.73 Million in 2020.

Indonesia ought to treat Nigeria as a valued partner and its citizens with some respect, but it doesn’t. Any black African who doubts that Asian racism against Africans is a real issue out there needs to wake up before he receives the Ibrahim treatment.

In the diplomatic world, as in real life, there is no guarantee that things will not go wrong. What is important is how the wrongs are addressed. For killing George Floyd, Derek Chauvin was sentenced to 22 years and six months for second-degree murder. At the sentencing, Hennepin County Judge Peter Cahill explained why the sentence had to be severe: “Part of the mission of the Minneapolis police department is to give citizens ‘voice and respect’. Here, Mr Chauvin, rather than pursuing the MPD mission, treated Mr Floyd without respect and denied him the dignity owed to all human beings and which he certainly would have extended to a friend or neighbour.”

The judge could as well have been making that declaration in respect of the treatment meted out to Mr Ibrahim in Indonesia.

The message America is sending to the world with that judgement is that it has zero tolerance for racism or chauvinism (pun intended). Now what message is Indonesia and its Ministry of Strangulation sending to Nigeria and the rest of the world? My interpretation: We may be partners in name but I have no regard for you.

My message to the Indonesian Ministry of Strangulation is this: If you have no respect for my people, you delude yourself to think I’d have any for yours.

When it comes to the issue of human dignity, we ought not to be seen making compromises. The Nigerian government should insist that the officers who ignored Ibrahim’s diplomatic status and humiliated him to the extent of almost killing him, are dismissed from service. If not, it will happen again. And soon too. Mark my words.

A remarkable man in many respects, Liard Olabode Kassim Bashua kept his appointment with eternity last week. He shed his mortal toga unexpectedly while the ovation was still so loud, having lived a fulfilling life and affected so many lives positively. Like Julius Caesar of yore, he came, he saw and he conquered, so much so that at his internment even the undertakers were sorry. Adieu, my friend and brother. Our condolences to the entire Bashua family of Lagos. God rest his valiant soul.