For innovation to thrive in Nigeria, government and government officials like Onu should do one thing: Get out of the way of innovators. 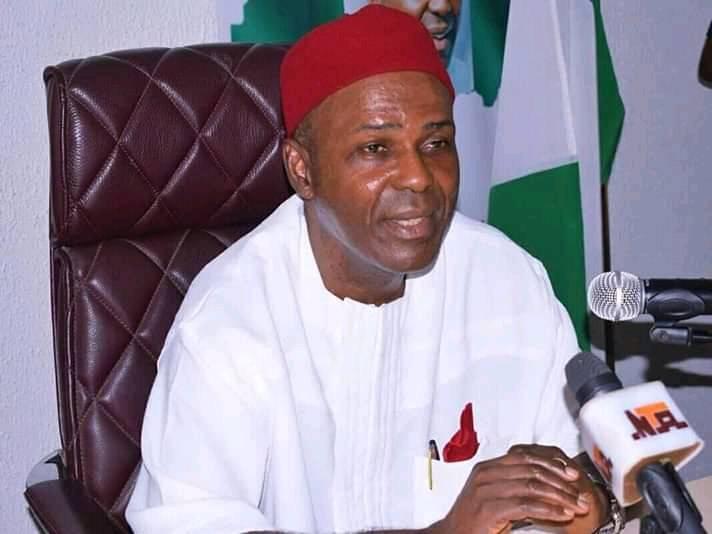 While welcoming the new Ministry of STI, I wish the new nomenclature would direct attention to genuine innovators. If it doesn’t, it would compete in popularity with the more familiar STI (sexually transmitted infections). Though the infection here is not transmitted sexually, it is spread hereditarily!

In his sixth year as Nigeria’s Minister of Science and Technology, Dr Ogbonnaya Onu last Friday announced with glee the renaming of his ministry. With President Buhari’s assent, it’s now the Ministry of Science, Technology and Innovation (STI). The national STI roadmap (2017—2030), he intoned, aims to use STI “to catalyse Nigeria’s economic growth and competitiveness” as well as drive “positive socio-economic outcomes through science, technology and innovation in all activities of the economy”.

Were I the Minister, I would have chosen to rename it “Ministry of Entrepreneurship” instead. At least that would save me the shame of being introduced, at international fora, as a Minister of Science and Technology from Nigeria. For it’s of no use pretending about it: When it comes to the biological or physical sciences and technologies, Nigeria is nowhere. And we have not paid enough attention to innovation in the social sciences that could be even more useful to the nation than the other sciences. Had we shown enough interest, we would have since arrested vices such as terrorism, corruption and bad governance that are now eating up what is left of Nigeria. With science, technology and innovation, we could have nipped these vices in the bud and saved hundreds of thousand lives and properties worth trillions of naira. I consider “Ministry of Entrepreneurship” more appropriate because the distinguishing feature of an entrepreneur, as I highlight in a new book dedicated to innovators, is innovation. In fact, the last chapter of Jobseeker to Entrepreneur is devoted to ideas for ending terrorism, election fraud and other gnawing problems, with technology and innovation.

Barely one year to the end of his tenure, Onu still dreams of a future when Nigeria “will experience indigenous industralisation with adequate platform for higher productivity”. But that’s not a strange thing to hear from a Minister who, in 2015, projected that Nigeria would be able to manufacture pencils by 2018. He didn’t appear as someone with a big ambition in the 21st century. Three more years after 2018, however, we are still waiting for the made-in-Nigeria pencil. Not even an eraser at the stub of a pencil, or a pencil sharpener. We’re still listening to the same gospel preached by “Science and Tech” Ministers since the 1960s. But optimistic Minister Onu is sure that a missing link with the Ministry’s statutory responsibility has been provided by the name change: “Immediately we are able to commercialise research and development breakthroughs, the nation’s global competitiveness ranking will improve tremendously with varying degrees of development that are sustainable.”

Innovation suggests a new way of doing things. No doubt, the country and its people have been innovative – but mainly in the negative direction. The only “innovators” that receive official support are idle politicians aspiring to have a bite of the national cake. Foreigners easily notice we’re a nation of innovators in the art of stealing – we’ve achieved notoriety worldwide as a nation of scammers. An American victim who pursued some dupers to Nigeria in 1997 told me that if Nigerians could use the energies they invested in scamming, otherwise known as 419, in a positive way, their country would be lifted far above any other nation on earth. I told her she was right, but the problem was that our government did not create room for innovation to thrive in a positive way. General Abacha, who was Head of State at the time, had promised to stamp out 419! Today, the “Abacha loot” is still being retrieved, and “Yahoo boys” are growing in leaps and bounds. President Obasanjo created the Economic and Financial Crimes Commission (EFCC), the Independent Corrupt Practices and Other Related Offences COmmission (ICPC) and other anti-graft agencies. Today, corruption walks on four legs.

For innovation to thrive in Nigeria, government and government officials like Onu should do one thing: Get out of the way of innovators. If they could, they should stop killing the dreams of entrepreneurs with parochial thinking (tribalism) and multiple taxation. The S&T Ministry presently has dozens of agencies with overlapping functions under it.

“Innovators” in government are constantly inventing new ways of borrowing money. Onu’s Ministry of STI would do well to show us how the economy will survive as 100 per cent of the Federal Government’s revenues is used to service debts. Or how a purposeful leadership will emerge from a country where a presidential candidate is required to purchase the Independent National Electoral Commission (INEC) forms for N30 million, buy his/her political party’s forms for N40 million, bribe voters and electoral officials with N10 billion, and “settle” judges with N2 billion. Or how elections could be made credible, where electronic voting is outlawed, despite that N350 billion is voted for electronic gadgets for the same elections. Clever thieves still divert billions of naira to private pockets every two or three years in the name of the turnaround maintenance of moribund refineries. And a country overflowing with oil and gas imports the petroleum products it consumes.

It’s not strange that Nigeria has regularly ranked among the lowest on the Global Innovation Index. It is equally at the bottom of innovation achievers in Africa. Alas, things are not likely to change, so long as it remains a consumer nation and lacks infrastructure, proper management and political stability. Innovation? Our lawmakers rejected Innoson vehicles but gathered millions of scarce dollars to import vehicles made in Europe. Computer giant, Leo Stan Ekeh of Zinox Group has hardly received government patronage or the S&T Ministry’s encouragement. How much electricity does this country of 207 million people distribute to boost innovation anyway? Less than 4,000MW! Steel nko? Zero! At the first sign of a headache, Nigeria’s public officeholders take the next available flight to Europe, America or Dubai. What happened to the campaign promises to deliver well-equipped and staffed hospitals in the country? Is there any Minister or governor or president whose child schools in Nigeria?

While welcoming the new Ministry of STI, I wish the new nomenclature would direct attention to genuine innovators. If it doesn’t, it would compete in popularity with the more familiar STI (sexually transmitted infections). Though the infection here is not transmitted sexually, it is spread hereditarily! Afflicted Nigerians love high-sounding but empty titles – His Excellency, High Chief, Honourable, Professor, Engineer, Alhaji, Pastor etc. – yet few have achieved anything innovative or extraordinary. “What is in a name?”, Shakespeare asked. The hood doesn’t make the monk, but Nigerians just don’t care.

For innovation to thrive in Nigeria, government and government officials like Onu should do one thing: Get out of the way of innovators. If they could, they should stop killing the dreams of entrepreneurs with parochial thinking (tribalism) and multiple taxation. The S&T Ministry presently has dozens of agencies with overlapping functions under it. When you read the mission statements of such agencies, you think they provide lifelines for innovators. They’re supposed to develop necessary infrastructure, nurture technology start-ups, and support indigenous entrepreneurs. But look more closely: They’re just bureaucracies created to dispense salaries and allowances. Each is populated by dinosaurs and fat cats who don’t know their left from their right: A board of directors, managing and executive directors, senior managers and managers of every description.

Truly, Nigeria is filled with innovators. What it lacks is an environment for them to blossom. Those resident in the country have built a few innovative products and services, but they don’t owe their achievements to the government or its agencies.

If the Ministry of STI wants to work, it should start by arresting brain drain. This country is haemorrhaging profusely, as talented individuals have chosen well-run countries as their ultimate destinations. Our best scientists, doctors, nurses, researchers, footballers and dons live overseas. We’ve put them to flight by our insincerity, and the younger ones have sworn to emigrate or die trying to do so.

Yet, technology incubators abound in the informal sector. Every day we see young innovators demonstrating their skills: A boy who invented an ATM; two young students of Government Technical College in Nsukka and Enugu who invented an aircraft and an MP3 radio set; a young man who generates power with water. We see some millennials developing apps needed in FinTech, agriculture and online marketing. We see innovative technologists in mechanic workshops forging spare parts that work even better than their originals. We see them in computer villages working with dexterity that could be ascribed only to geniuses. Others are busy installing solar panels wherever you go.

Truly, Nigeria is filled with innovators. What it lacks is an environment for them to blossom. Those resident in the country have built a few innovative products and services, but they don’t owe their achievements to the government or its agencies.