In Nigeria, our national sports budget does not go anywhere, especially after such little things as recurrent expenditure are taken out. 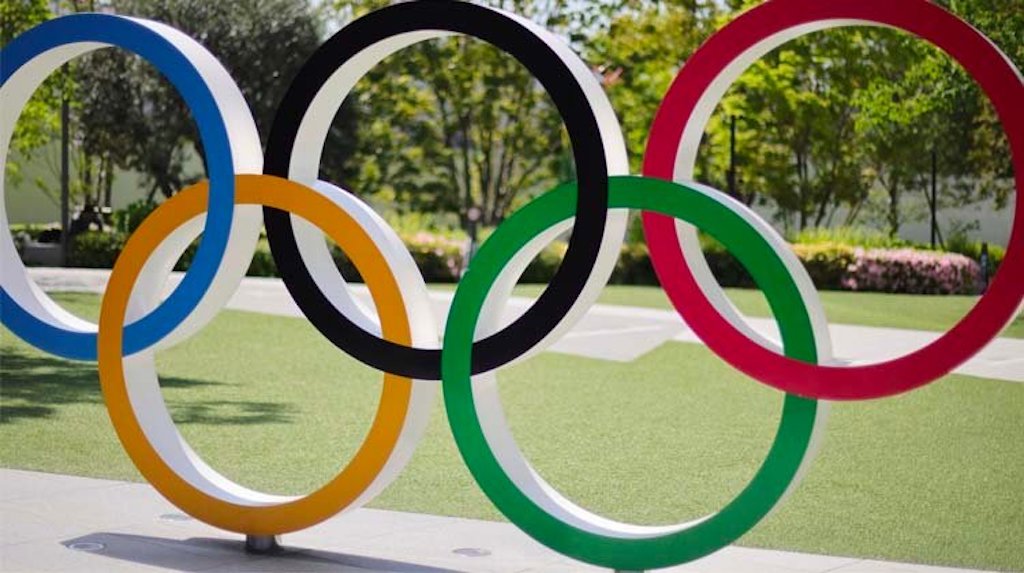 …I can guarantee that by the time we have a final table, bar one, perhaps two outliers, the final table will read like a who is who of countries that have it together in terms of their human development Indices. Sporting success is not an accident, but the result of planned and sustained work. Its kind of like economic success.

Our national basketball team lost their first game at the Tokyo Olympics to a very good Australian team. But the real victory was that they got to Tokyo at all. I was privy to a debate about D’Tigers two weeks ago, and the funding problems they have faced. I found it interesting to hear that most attempts to answer a question that was asked about sports funding dwelt just on the U.S. and the U.K., which is proof that too many Nigerians, at least from the South, can’t really think beyond both countries.

There are other countries that have been successful at sports, and many of these other countries have different models of funding sports, and in many respects, the sports funding models depend on the capacity of the private sector in such countries. A look at the Tokyo 2020 Olympics medal table as of the morning of 25 July shows this. 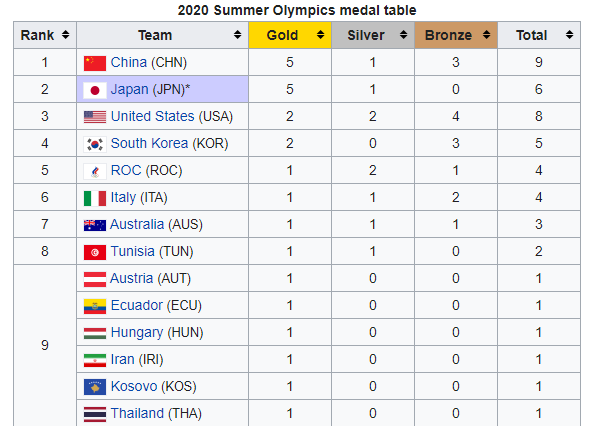 Let us start with China. The Chinese have a financially strong private sector, but that private sector is dependent on the Chinese Communist Party for direction in almost everything, including where to place ads. We would notice that so many of the advertisement boards in Euro 2020 were by Chinese tech companies. The reason is that they were all trying to curry favour with Xi Jingping, a known football fan. The result of this state control, even of the private sector, is that the three main sources of income supporting the Chinese sporting system are: the government sports budget (including the national and provincial levels, which contribute the largest pool of funding); commercial or sponsorship income; and lottery funding.

In Nigeria, our national sports budget of ₦81.14 billion ($197 million) does not go anywhere, especially after such little things as recurrent expenditure are taken out. We have nothing close to the lottery funding in China, and our private sector only goes to what they think guarantees them returns, which is football, and even that they do not fund properly for a variety of reasons.

In Russia (competing as the ROC this year), the sports agencies are state funded. Private sector participation is still nascent because the Russians look at sports as a national pride thing. Which is the same in France where the provincial governments do most of the funding, and private participation, while heavily present, is also heavily regulated.

Then there is Germany and its 50 per cent+1 rule, which you can see so glowingly in the Bundesliga as an example. In Germany, the state is heavily present in the sports industry. Asides from poverty, Nigeria’s government really has no excuse.

There is no debate here to be honest, Nigeria’s government messed up in letting the basketball team do a GoFundMe. Add to that the fact that their sports equipment were initially seized by Customs over a spurious ₦35 million toll, and the whole thing has a very poor look.

And although the government has done the common sense thing by issuing the waiver for the kits, this remains a very bad look, especially when one considers the fact that not one person would be held accountable for this international embarrassment.

We could also advocate for government support, while understanding that anything the Nigerian government touches turns to dust. Despite the dysfunction of the Nigerian football industry, one important factor that has let it thrive over the years is FIFA’s zero tolerance for government interference with sports administration, which saw it suspend Nigeria when the Federal Government tried to intervene after the abysmal showing of the Super Eagles team at the 2010 world cup. While the government is welcome to fund the sport, it is not allowed to influence its management. I am not aware if this rule exists in FIBA, and if it does, it is a good way of mitigating government’s interference in the sport, while also advocating government support.

What that does is that it not only shows support, it shows ownership. The Nigerian Basketball senior teams right now look like foreigners appropriating the name Nigeria and its colours and it is not because of the fact that most of its stars ply their trade in the United States. It is largely due to the fact that the number one function of identity, which is state support, is missing. And sadly so.

It is commendable that a couple of Nigerian brands have decided to cover the national shame in sponsoring the men’s team, but it has to go far beyond just an ad-hoc, impromptu partnership that saves a few blushes. The structural issues – grassroot development, sports management, funding and several others – remain. While Nigeria may not have basketball as a mainstream national sports, there is a lot of work to be done in bringing it to the level where football currently is in Nigeria and the best way to do so is a public-private partnership.

To end this, a final paragraph. The table you saw above is an early stage table, but I can guarantee that by the time we have a final table, bar one, perhaps two outliers, the final table will read like a who is who of countries that have it together in terms of their human development Indices. Sporting success is not an accident, but the result of planned and sustained work. Its kind of like economic success.

Cheta Nwanze is a partner at SBM Intelligence.

Delta’s politics of rotation: Between ethnic and district silhouettes, By Nosike Ogbuenyi