Jesus says: “He who endures to the end will be saved.” 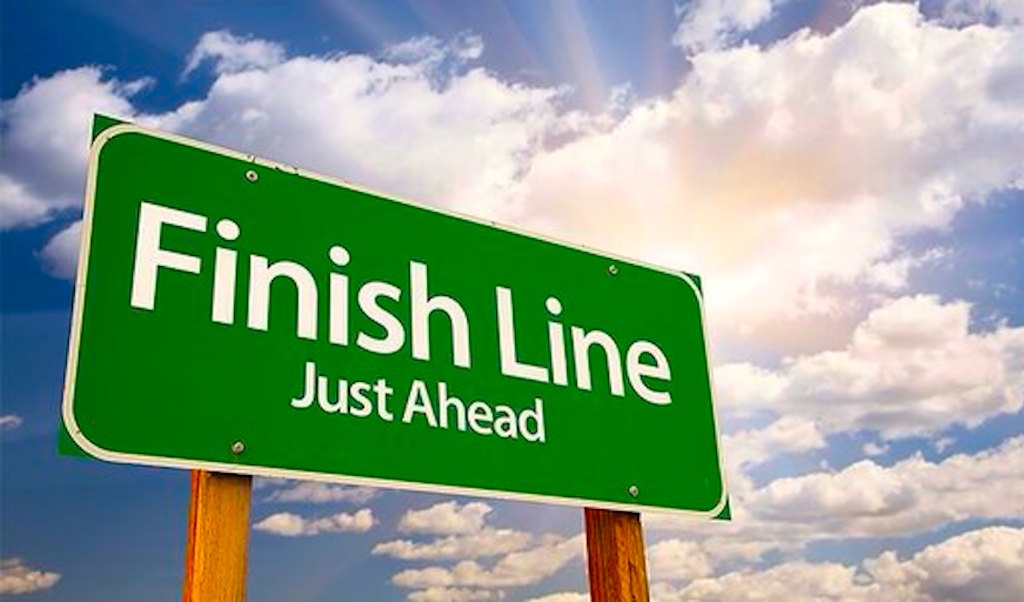 For the believer, the glorious end justifies the suffering means.

One day, as I was reading Jesus’ Sermon of the Mount yet again, I suddenly heard the Lord say to me, deep within my spirit-man: “Femi, the end justifies the means.”

What does this have to do with the beatitudes? Can we, should we, justify the end by the means? Is it godly to do so? I decided to search the scriptures for the answer.

Immediately, the whole thing opened to me like a book. I discovered that, in the kingdom of God, the end always justifies the means.

Does this mean it is okay to rob a bank, as long as you succeed? Yes; that is precisely what it means.  But there is a catch-22.  It is impossible to rob a bank successfully. No matter who we are; we are all going to answer to God for our actions and inactions. Therefore, if we were to rob a bank we might escape the detection of men; but we cannot escape the judgment of God.

David thought he had killed Uriah, married his wife, Bathsheba, and gone scot-free. But nine months later, Prophet Nathan showed up to inform him God saw it all. All evil is done in the sight of God. There is no escape for the wicked.

Jesus says: “The sons of this world are more shrewd in their generation than the sons of light.” (Luke 16:8).

Paradoxically, God likes this kind of people. They have the raw materials the Holy Spirit can readily work with.  They are the ones likely to remove the roof of a building in order to get to Jesus. They are the riffraff, like blind Bartimaeus, who refuse to keep quiet until they get Jesus’ attention.

Jesus says: “The kingdom of heaven suffers violence, and the violent take it by force.” (Matthew 11:12).  In the kingdom of God, the last become first, and the first become last.  The last go all the way, but the first are usually complacent.

Have you never wondered why God loved Jacob so much? Jacob was a master practitioner of the kingdom dynamic whereby the end justifies the means.  He knew what he wanted, and he went for it by all means.  He refused to be denied.

God loves this kind of person. He is the kind of sinner Jesus is looking for in his kingdom. Once converted, he will not be lukewarm but will suffer violence and take the kingdom by force. If you can get this kind of sinner to fall in love with God, you can be sure he will be a man after God’s heart.

What about the sons of light?

We are a bunch of jokers. We say we want to go to heaven but tell us to sell all we have and give the proceeds to the poor, and we are likely to have a change of mind. Tell us to fast, and we will not. Tell us to pray, and we come up with excuses. Tell us to read the bible, and we would rather read “Mills and Boons.”

Make no mistake about it; the sons of this world give up a lot for success. They give up joy, peace, and love.  They murder sleep. Some even mortgage their souls in order to make it. The end justifies their means. In the end, they realise their dreams and become ministers, commissioners, ambassadors, and managing-directors.

But the sons of light have been deceived. We have been sedated into slumber. We have been churched into believing Jesus has done it all and we need to do nothing. Yes, it is the good pleasure of the Father to give us the kingdom. Nevertheless, there are giants on the way to the Promised Land. That means we must go through the wilderness and fight spiritual battles upon battles. But we fight, knowing we will win in the end.

You watch a film and, after about ninety minutes of twists and turns, the hero finally marries the princess, and then “THE END” appears on the screen. But it is a lie. The story did not end there. In fact, at that point, the marriage just began.

Only Jesus can declare THE END. It is the end that justifies the means. But remember, Jesus is the beginning and the ending. You rigged the election and became President of the Republic. Who told you that is the end of the story? What shall it profit a man if he becomes the President and loses his own soul?

It does not end with this world. It ends with Christ. It ends with the Lord in heaven and the means to the end is the choice we make, whether to follow God’s narrow road that leads to life.

A Christian wants to go to heaven, so he goes to the motor-park church. He asks which vehicle is going to heaven. They tell him Jesus is the way, the truth, and the life. (John 14:6).

He asks which vehicle is Jesus? They show him a terrible ramshackle old mammy-wagon. It has neither form nor comeliness. There is no beauty in it that he should desire it. (Isaiah 53:2). On the vehicle is written boldly the caption: “Life of Suffering.”

But beside it is a Rolls Royce. “Where is that one going?” he asks. “That one is going to Abuja.” The man decides he would rather travel in a Rolls Royce than in a battered mammy-wagon. As a result, he ends up in Abuja where he gets a lot of government contracts and makes a lot of money. But heaven, and not Abuja, is the final destination.

The beatitudes are all unpleasant. There is nothing nice about being poor or mournful. Neither does it feel good to hunger and thirst. The meek are often taken advantage of, and it is not wonderful to be persecuted and reviled.

Nobody likes it when all kinds of evil things are said falsely against us. But if that is what it takes to confirm our status in the kingdom of God, then the glorious end certainly justifies the suffering means.