Article of Faith: Don’t worry about a thing, By Femi Aribisala 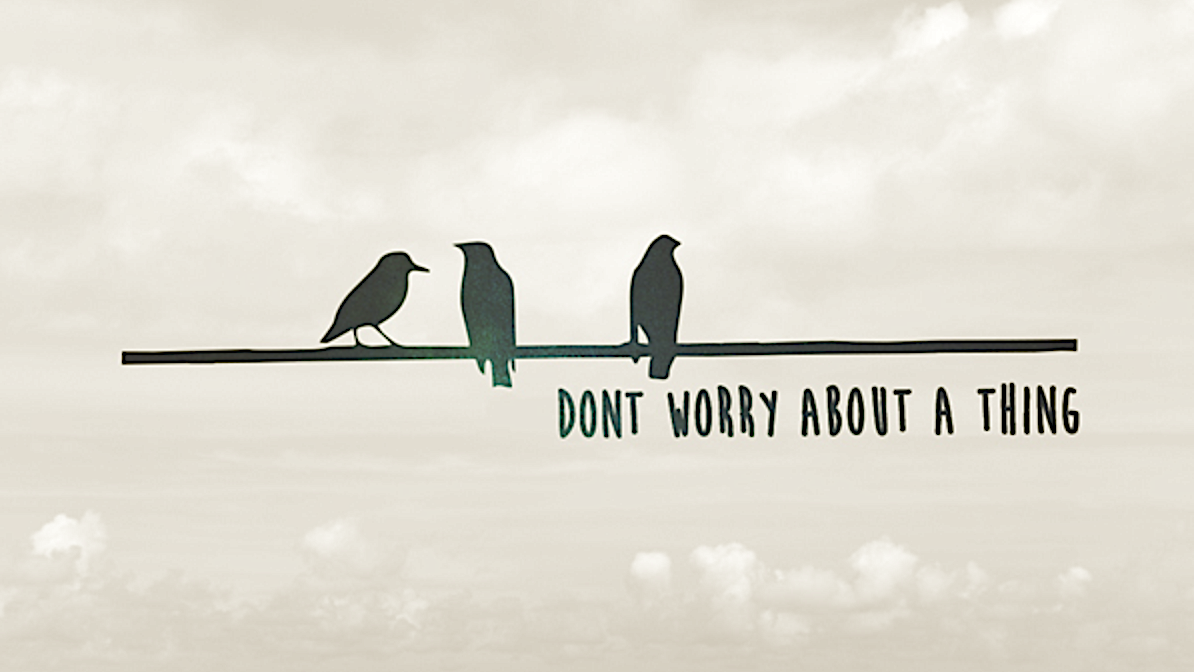 God creates success out of failures, He creates life out of death.

In the 1990s, I owned a profitable chain of video-rental shops. Early on, I got the business computerised. Nevertheless, I lived in constant fear that suddenly, without warning, the system would break down, leading to loss of valuable data and income.

One day, the very thing I feared came upon me: The system broke down. Worst of all, it happened in my most profitable shop in Victoria Island. I tried all the different “fixes” prescribed by the program manual but to no avail.

After a while, somebody put on a children’s Christian video, and, at the end of my wits, I just stood there staring vacuously at the film.

Suddenly, my attention was drawn to precisely what I was watching. A man was dancing around with a bunch of kids, and the song they were singing went something like this:

Then they ended the song with this telling line:

“This is my message to you oh oh.”

I got the message all right. I told my staff to continue with manual rentals. “God,” I declared, “has solved this problem.” While they looked at me incredulously, I waltzed out of the shop and went home.

The next morning, I woke up singing the same song: “Don’t worry about a thing. Everything is gonna be all right.” I walked into my study and opened a drawer. In it was written on a piece of paper a command in my handwriting. It said “del VRJR.dat.”

I could not, for the life of me, remember when and why I wrote that. The Lord said to me: “Femi, go and type that into your system in the shop and then re-index your files.”

When I did it, the problem was solved.

This happened again a second time just like the first time. There was another major problem with the program in the Victoria Island shop. Immediately I got there, somebody mysteriously put on the same Christian video telling me not to worry about a thing. In no time, the wisdom of God came again, and the problem was solved.

Nevertheless, I continued to live in fear of the possibility of a computer breakdown in Videonet. Whenever any of my staff phoned or came to see me, I would brace myself for the bad news.

Then one day, the bad news came again from my Victoria Island outfit. Something happened and the entire had data disappeared. I went there and did all I could, but to no avail. I waited patiently for someone to put on the miracle video, but no one did. After a while I went home, still expecting to hear from the Lord; but he said nothing.

After two days, the Lord finally spoke. “Femi,” He said, “I am not going to recover the data for you. The data is lost. You are going to have to start all over again by re-entering all the tapes and customers.”

So I asked the Lord: “Will you help me to do that?”

The Lord gave me the wisdom whereby I re-entered all the data in the shop with a team of seven people within two days. I imported data from other shops, gave them identifiable prefixes, and used them as the foundation for entering over ten thousand tapes.

I operated at a level of wisdom I knew was not mine. In two days, the system was up and running. The Lord then provided the wisdom by which we were able to recover the late charges, despite the lost data.

From that day forward, I was never anxious again about the possibility of system failure in my video shops. Much later, the Lord gave me the wisdom simply to install backup systems, but I never had to use them.

The point I am making here is that the Lord used the adversity of system failure to cure me of the fear of system failure. Despite earlier assurances not to worry, I continued to worry. So, the Lord allowed the system to fail, instead of safeguarding it from failure.

Thereby, I discovered that system failure is not the end of a video shop, and I stopped being afraid. God does not kill the Goliaths in our lives. But he teaches us to overcome them by trusting in Him.

One of the best things that ever happened to me was that I was shot by armed robbers. It was in the middle of the attack that I heard from the Lord for the very first time in my life. That attack laid the foundation for my present walk with God and my ability to hear and know his voice.

Therefore, I can say like the Psalmist: “It is good for me that I have been afflicted, that I might know the Lord.” (Psalm 119:71).

What does it take to know God? To know God, we must suffer. Nothing brings about the perfecting of the believer in the knowledge of God like suffering.

“Many are the afflictions of the righteous, but the LORD delivers him out of them all.” (Psalm 34:19).

At the feet of the Lord, I came to understand God creates success out of failures. He creates life out of death. He creates wealth out of poverty. He brings joy out of sadness. Everything about the kingdom of God is worked out in contradictions by faith.

One of the questions I ask myself because of my different experiences with the Lord is if the bible were to be written today, would I be in it? Am I determined to know the Lord and the power of His resurrection?

If so, then I must be prepared to be a Lazarus. I must be ready to be killed and then rise from the dead. People will write me off and then hear about my promotion. Like Joseph, they will throw me down a well, sell me off as a slave, send me to prison and I will still emerge as prime minister of the nation.

Trials and tribulations help us to develop a godly character. We are never the same after we go through them. They move us into greater reliance and dependence on God. In the process, we lose those things in us that are not the planting of the Lord.

James counsels believers: “My brethren, count it all joy when you fall into various trials, knowing that the testing of your faith produces patience. But let patience have its perfect work, that you may be perfect and complete, lacking nothing.” (James 1:2-4).

Banana Village: How poor Abuja community came to be