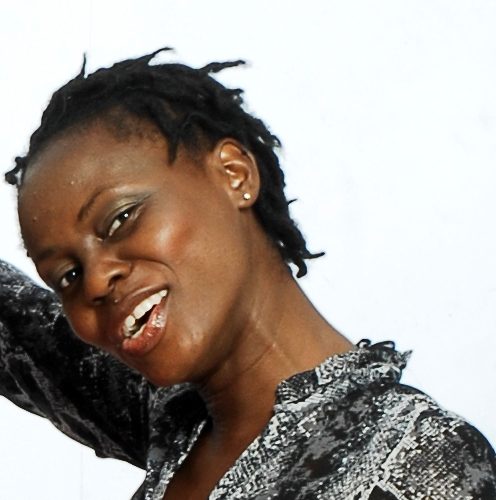 I watched a Yoruba movie last night… big deal I hear you say! This isn’t something I usually indulge in but since I went visiting I became a Roman for the duration. I’m glad I did because it was entertaining and became the seed from which this article sprang. Although I’m a firm supporter of Nollywood I believe in being selective about the movies I watch. The more discerning will also be quick to correct me that the Yoruba movie industry and Nollywood are worlds apart and shouldn’t be mentioned in the same breath… please forgive and note that the blame should be laid squarely at my door.

Anyway, the storyline was the usual boy meets girl, girl dumps boy, girl hooks up with another guy, gets pregnant and controversy erupts about the child’s paternity. The plot was a mixture of melodrama, comedy and ‘horror’, don’t take my word for it though. Unfortunately I can’t give you the title for confirmation since I didn’t start watching from the beginning. The cast included Fathia Balogun, Iya Rainbow and other famous actors (sorry I can’t furnish the other popular names since I don’t know, being unfamiliar with the industry).

One thing that usually cracks me up (did once again too!) is the subtitles. Being Yoruba I understand the language (to a certain extent, better than others but quite deficient when compared to others too) and can successfully follow without them. It gets really interesting when you read though. Apart from some grammatical errors and typos that can be quite hilarious, some phrases were also a cause of great mirth for yours truly. Having transcribed interviews and other materials, I appreciate the amount of work that goes into subtitling and I’m not trying to belittle this aspect. It’s no mean feat I know, but I did found myself chuckling whilst reading last night. I empathise with those that have to rely exclusively on subtitles in order to follow the story. After long conversations or monologues (notice that Yoruba films are replete with them?) the subtitle is often a few lines and is usually a summary that enables understanding. All the juicy titbits are left out and for me that’s what makes the story more colourful.

I happened in on the story where the lady’s (Yetunde) beau (Jide) had denied responsibility for her delicate condition. To her consternation the DNA test that ought to have confirmed his paternity didn’t, but rather muddied the water.  Discerning viewers know that the only resolution will be found at the feet of the oracle. Thus, after an initial sacrifice all concerned parties had to pay a visit to the shrine. Thus, Yetunde and her mom, along with Jide and an elderly kin gathered to find out the crux of the matter.

To cut a long story short Yetunde’s ex (his ghost rather) was the root cause. Apparently, he had met his demise as a result of her inaccurate story that made him out to be a robber. Jide asked the ‘boys’ to teach him a lesson and let him loose…a task they completed with tragic results. Interestingly, Abayomi (Yetunde’s ex) along with his younger brother lost their lives the same day, thus rendering their mother childless in one fell swoop. So Abayomi enacted an elaborate plan to comfort his mom through a grandchild. His plan was simple, fraught with complex manoeuvres that included possession, intercepted calls and other logistics with people as primary actors.

This was my first encounter with a crying ghost (i.e. apart from Hollywood); Abayomi was a very unhappy ghost that bawled incessantly. He disturbed the others in the cemetery with his noisy tears; there was a scene where the night guard had to ask him the reason for them. If you paint the scene properly i.e. pitch black in the graveyard, the moonlight reflects off some headstones, an old night guard clad in the ‘olode’ regalia, standing beside a weeping chap that’s obviously not human…then you’ve guessed why that’s one of my all time favourite scene in the movie!

Something else that simply blew me away was the fact that the ghostly seed defied the DNA test! Yomi possessed Jide’s body quite alright, but scientifically by all intents it was still Jide’s physical body…although the test to determine paternity disproved this!  The laws of science were soundly trounced in this instance and despite the double helix present in Jide’s body, Yomi’s managed to seep through from his transcendental one and appear in his child. Kindly note that ‘normally’ a ghost shouldn’t have any DNA to start with.

For someone that has spent years watching Hollywood movies and learning their laws, it was quite refreshing to come upon new laws that rendered the established ones redundant by comparison. I’m almost certain that I’ll seek out more tales from this quarter since it’s sure to transport me to other realms where both physical and scientific laws are breached. This experience held me spellbound and taught me that impossible is a myth, that the Matrix is yet unexplored and that Hollywood can learn one or two things from both the Yoruba movie industry and Nollywood!