Insecurity In Nigeria and the Collapse of the Social Contract, By Toyin Falola

All the cases of insecurity in Nigeria beg the question: Do we have a functional Federal Government? 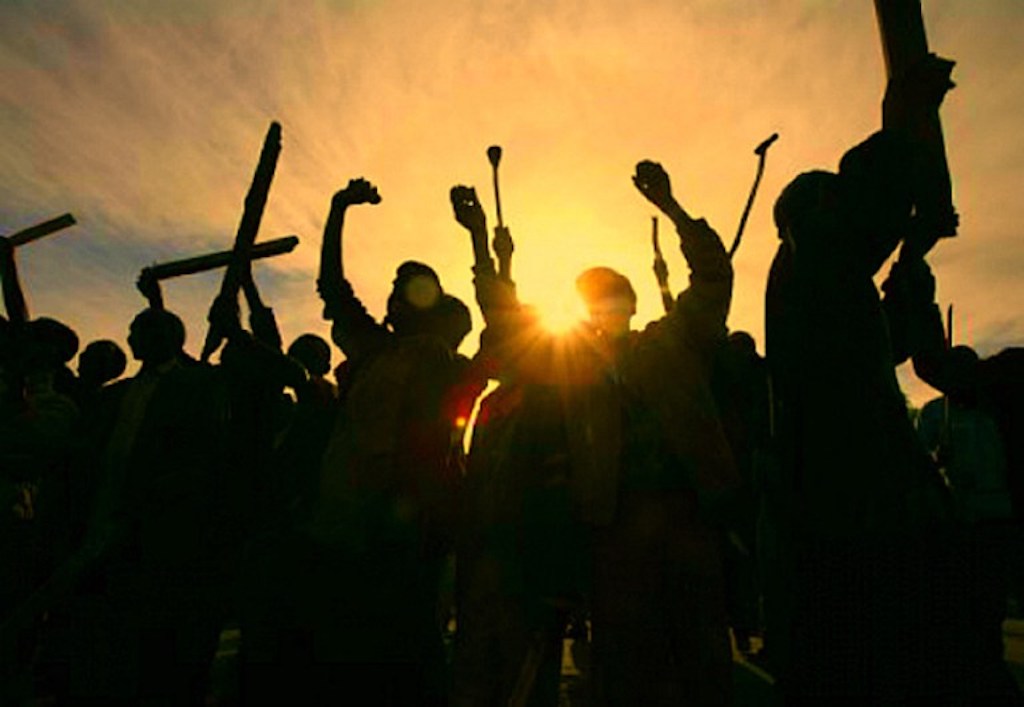 The protection of citizens is one of the foremost responsibilities of any government. It is saddening that the security of Nigerians is degenerating, so much that a number of mass kidnappings happened within the space of three months. At this time, there is a call on the Nigerian government to take to heart the security of the nation’s citizens and put to action strategies that would see a huge decrease in insecurity-related cases.

Kagara, Zamfara, Kankara, Kaduna — these Nigerian locations have some things in common: Bizarre things that have recently shot them to public glare. The past few months have seen these four places receive media and nationwide attention, following reported mass kidnappings by armed bandits. It started with the abduction of about 500 boys from a boarding school in Kankara on December 11, 2020. The occurrence raised nationwide concerns; little did we know that three other mass kidnappings would happen within the space of two to three months.

What could be fueling these mass kidnappings? The bandits said to be responsible for these kidnappings are reported to possess sophisticated guns. It then begs the question: From where are these bandits getting their funding? We may never know, or we just might know since the Federal Government’s measure towards rescuing the kidnapped victims is to give vast sums of money to the bandits, rather than carry out covert rescue operations. The release of the Kankara schoolboys was nothing short of a theatrical piece, as was the return of the victims in the other three cases.

These mass kidnappings are not limited to secondary schools. On April 20, 23 staff members and students of Greenfield University, a higher institution in Kaduna State, were kidnapped. The school management and parents of the affected students raised the sum of N15 million to appease the kidnappers and secure the release of their children. But what did their efforts meet in the den of the kidnappers? Ridicule! The brazen evildoers said they would not receive any sum lesser than N800 million, and that they would kill three of their victims daily to prove that they meant what they said. On that same day, three of the students were gruesomely murdered, throwing their families and the nation’s citizens into a spate of wailing, sadness, and disappointment. Did the robbers stop at killing those three students? No. On Monday, April 26, two more students were killed, making the total number of murdered students five. The fate of the remaining abductees is yet unknown. There has been no news on their release, and the armed bandits could well have killed more, only deciding not to release their bodies.

Auwal Dadauwa, the mastermind behind the kidnapping of Kankara schoolboys in Zamfara State, was granted amnesty by the state governor, following his pseudo-remorse and repentance. His true form was brought to the fore when he returned to the forest on April 28 for the supposed wedding of his sister. News soon got around that the bandit did not go for any marriage ceremony. He instead went on a herdsmen-attack spree, killing the herders in charge of hundreds of cattle. In retaliation, his fellow bandits in the forest killed him. What shall we say of Muhammad Kabir, a promising young Kaduna boy who was kidnapped from the expected safety of his parents’ house? Kabir’s parents did not leave any stone unturned following the kidnap of their son. They raised an alarm, conducted searches, paid the sum of N5 million as ransom, yet all they got was the dead and nearly decaying body of their son, abandoned in a dirty drainage in Kano. A boy kidnapped from Kaduna was killed and abandoned in Kano! What could have been Kabir’s sin for him to meet such an end?

If anyone thinks the kidnappings and insecurity are limited to the Northern part of the country, perhaps the reported cases of kidnappings in Rivers State since the start of this year would convince them otherwise. There have been reports of 21 kidnaps in Rivers. Another depressing news is that of the recent murder of Iniubong Umoren, who went missing on April 29. A recent graduate of the University of Uyo, Iniubong had tweeted on April 27 that she was job-hunting to keep herself busy pending the time she would go for the National Youth Service Corps. She got an offer of a job from a Frank Ukpan, and she told her friend before going for the interview on April 29. That was when things went south. Iniubong must have discovered that the job was a fake one, a bait to lure her into whatever evil Frank was plotting. She sent a distressed one-second voice note to her friend on WhatsApp, and when the friend called her back, all she got was a scream. Twitter Nigeria rose to the occasion, digging up information about Frank Ukpan; sufficient enough for the police to launch an arrest. But what happened? Nigeria happened. The police did not act on the intelligence they received, not until the news of Iniubong’s death broke some hours later.

All the cases of insecurity in Nigeria beg the question: Do we have a functional Federal Government? Are our priorities set right as a country? Of what use is Trader Moni and NPower if the citizens that the government seeks to empower with N10,000 are not sure if they would see the light of the next day?

On April 12, the Ogun State chapter of the National Association of Nurses and Midwives and the National Medical Association declared a strike action. This was not tied to the non-payment of salaries and allowances, but the rampant cases of kidnappings in Ogun State, of which the medical associations’ members have been falling victims. Despite the Ogun State government’s threats and pressure, the two medical associations have remained resolute in their demand for energised, proactive and reactive measures to the issue of insecurity in the State. In Imo State, the attention has shifted to police stations, the new attractions for gunmen armed to the teeth. If the expected-to-be-secure police stations are not safe from attacks, what is the fate of the average Imo State resident?

If anything, we must come to terms with the fact that the instances above are just the poster occurrences for the scores of kidnappings, bandit attacks, herdsmen crises, and other insecurity-related cases that happen in the country. Of late, hardly does a day pass without depressing news of a kidnap, mass killing, or herdsmen attack somewhere in the country; and that is to talk about the ones that make it to the news, which must be a minute fraction of the many cases that do not receive media attention. All over Nigeria, there are killings, kidnapping, so much that the seemingly invincible terrorist group, Boko Haram, has brazenly hoisted its flags in some parts of Niger State. Kanuri women are forcefully torn away from their families and loved ones to be given to Boko Haram members as wives. All these in the 21st century! It sounds so unbelievable, like something off the pages of Femi Osofisan’s Women of Owu; yet, it is true. The Niger State governor confirmed it.

All the cases of insecurity in Nigeria beg the question: Do we have a functional Federal Government? Are our priorities set right as a country? Of what use is Trader Moni and NPower if the citizens that the government seeks to empower with N10,000 are not sure if they would see the light of the next day? On President Buhari’s recent return from London, journalists asked him what the citizens should expect now that he has returned to the nation, and all the hope the president could give was a phrase: “kwantinuity” (sic). Continuity of what exactly, should we not ask? Did the president mean that citizens should expect continued devastation, killings, kidnappings, and attacks? Theoretically speaking, Nigeria might still be considered a governed state, but the events in the country are testaments to the fact that the nation is experiencing a state of anarchy.

We must, at this point, ask ourselves what the causes of the insecurity are. Why are the abductors of the Greenfield University students seeking nothing less than N800 million n? Why would these Greenfield abductors kill their victims one after the other without fear or panic? Why has there been a sudden rise in the rate of kidnappings all over the country? Why would little Kabir’s abductors brazenly murder him, even after collecting N5 million as ransom? If we want to be truthful to ourselves, we would all agree that the seemingly lucrative turn that banditry and kidnapping have taken, no thanks to the Buhari government’s monetary exchanges with these criminals, is at the heart of the increased insecurity. Who would want to engage in honest labour when they could become overnight millionaires just by kidnapping ill-protected school children? Why would these abductors not carry out atrocious and cold-blooded killings when they know that the Federal Government will remain mute and not react to the kidnappings of their victims? The governments’ attitude towards insecurity in the country — flowing from the Federal Government to the state governments — fuels these criminals’ audacity. Other causes of the rise in insecurity include the increasing frailty of our bond as one nation, nationwide poverty, ethnic misgivings, unemployment, and the people’s seeming abandonment by their government.

Make scapegoats of criminals. Banditry and general insecurity are on the rise because those involved have seen it as a lucrative business. In place of monetary exchanges, unscrupulous reintegration into society, and other overblown aid and support given to bandits, the government should consider, as a matter of urgency, the arrest and proper prosecution of anyone who deems it fit and justifiable to kidnap…

Kidnappings, killings, maiming, and other sorts of insecurity are on the rise, and to say we are fed up with the malignant and growing issue of insecurity in this country is to say the least. We must look out for solutions; we must also look inward for the cure to this malaise. In looking for sustainable solutions, Nigeria, as a nation, must be ready to:

The protection of citizens is one of the foremost responsibilities of any government. It is saddening that the security of Nigerians is degenerating, so much that a number of mass kidnappings happened within the space of three months. At this time, there is a call on the Nigerian government to take to heart the security of the nation’s citizens and put to action strategies that would see a huge decrease in insecurity-related cases.

Toyin Falola, a professor of History and University Distinguished Teaching Professor, is Jacob and Frances Sanger Mossiker Chair in the Humanities at The University of Texas at Austin.