Engagement With the Nigerian Left, By Edwin Madunagu

We see a set of achievements that merit self-congratulation. 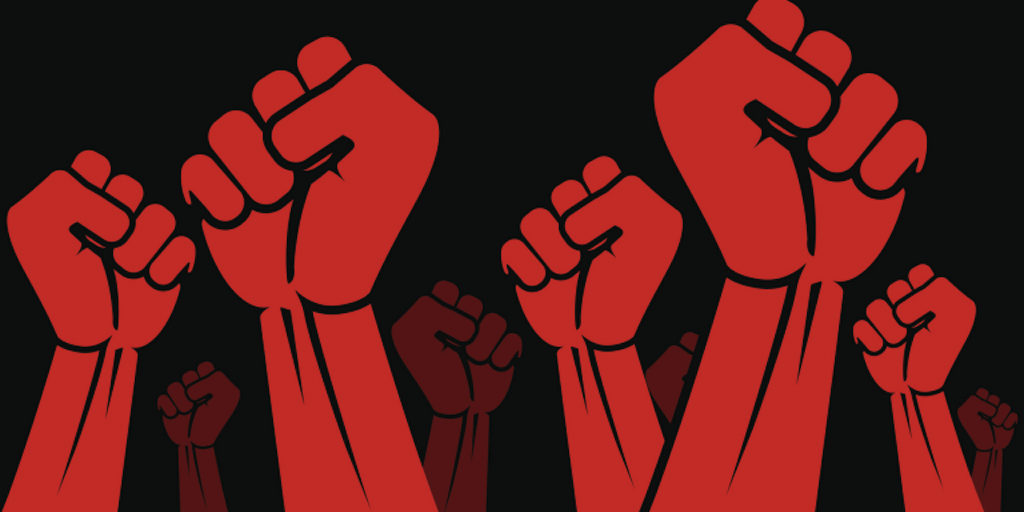 …the Nigerian Left had achieved far beyond what I had hoped for… a little over three years ago. Apart from what I consider as deficiency in public dialogue and debate within the ideological core of the Nigerian Left, and the enduring difficulty in attaining a “take-off” momentum, I believe that the movement has made immense, measurable progress…

About three years ago, a young comrade of mine who was then a student of History and International Relations at the Federal University, Lafia, Nassarawa State of Nigeria, asked me a loaded personal question. He told me he prepared the question after consultation with one of his lecturers, who had been following my public writings. The part of his question that is of immediate relevance here can be reframed like this: Why is it that my published writings are mainly, if not exclusively, on “socialism”, “Marxism” and “revolution”? And why is my method “historical” and my style “pedagogical”?

In response, I thanked the young man and – through him – his teacher for their correct observation. I then gave a provisional summary answer. That answer was that my published writings constitute an integral part of my revolutionary struggle and have never been an independent engagement – as far as I could remember, or more strictly, since I became a socialist and a revolutionary Marxist. I told them that I did not set out or aspire to be a “writer” but a revolutionary Marxist in a historical setting, where popular education, revolutionary pedagogy and militant defence of socialism were part of the continuous duty of a revolutionary. What had been observed in my writings must be a product of my history as a revolutionary, I told my interrogators.

To complete the picture, I later told my young comrade separately what he must have read elsewhere, namely: That my revolutionary struggle, which is complemented by my public and private writing, is not simply my primary interest in life, but an interest in which every other interest – including nationality, religion, family, occupation and material possession – must find accommodation and justification. That was part of my own definition of a professional revolutionary in the sense of Marxism and Leninism. Comrades who are old enough will remember the context of that definition in the mid-1970s. It remains essentially so. And, of course, my sojourn in the periphery of journalism was a revolutionary deployment.

I have recalled the 2018 encounter with my young comrade and his teacher because a related question has now arisen. This same young comrade who has since graduated and joined the millions of jobless and underemployed Nigerian youths recently asked why, for some years now, my published articles and essays have taken the form of a long, though segmented communication to the Nigerian Left? In other words, why has the subject of my published writings become even narrower than what my young comrade and his teacher had previously observed? My response this time was very brief: It did not go much beyond admitting that their observation was correct. Later I told this my fast-growing comrade that I would soon review the content of my long communication to the Nigerian Left and, through that, implicitly indicate the reason for my focus or concentration. That is the subject-matter of this piece.

The main concern and interest of my published writings since 2017 may be roughly separated into six broad parts: Unity and development of the Nigerian Left as a revolutionary agency for socialist transformation of Nigeria; production of a concise People’s Manifesto and an associated Programme of Struggle; production and continuous sharpening of an electoral platform that emphasises massive redeployment of the nation’s resources in favour of our working, toiling, de-classed and poor masses and deep-rooted national unity which is forged in popular-democratic struggle, popular power, popular democracy and socialism. Also, continuing and intensified appreciation and study of the national question in Nigeria and the presentation of “restructuring under popular democracy” or “popular-democratic restructuring” as a political response to this question at this stage; continuing and intensified study of Nigeria’s social formation, including, in particular, the study of the ruling class and its power-blocs; and the posing of the question of political power as a realisable, not-too-distant objective.

The first part or theme may, in fact, be stretched or expanded to include much of the next four themes; but separation is made for “completeness”, so that nothing is left out. And of these six themes, the fourth and the fifth have been the most difficult for me and the most “unpopular”, “controversial” and “confusing” in the movement because they touch on such sensitive categories like “nation”, “ethnic groups”, “religion” that we Marxists would rather leave alone. But I insist that we cannot leave them alone because of the consequences of the “divide-and-rule” evils that the colonial rulers and their indigenous capitalist successors committed and the latter have continued to commit on the masses of the Nigerian people. To leave the subjects is to play or continue to play the “ostrich” (burying one’s head in the sand) while the ruling class continues to misrepresent, manipulate and exploit phenomena that the masses feel, see and live. The critical question for the Nigerian Left is the analyses we make, the interpretations we give and the positions we take, demonstrate and propagate on various issues.

We may continue and end this piece with a number of “study notes” on the national question. These notes have been deliberately selected for their “controversial” formulations. In December 1969, Regis Debray, a Leftist French writer, commented in a letter to the editor of Sunday Times of London: “The near-silence of European Marxists on the question of nationalism will one day be seen as the most costly and ruinous of all historical omissions. Such people work in a vacuum.” I am quoting from Horace B. Davis’ book, Toward a Marxist Theory of Nationalism, published by Monthly Review Press, New York in 1978. Debray must have been referring to European Marxists in the period after World War II. I have never forgotten Debray’s warning, in spite of my disagreement with several of his ideas and interpretations.

In the wake of the creation of multi-nation Yugoslavia after World War I, the country’s Communist Party, relying on and developing the thesis of the Third International or Communist International (Comintern) and its national chapters, proposed the adoption of “national oppression” as a Marxist category, related to “class oppression” but not identical with or subordinate to it. Comintern later abandoned this thesis which, in the absence of historical specificity, was dangerously misleading. But the Yugoslav comrades clung to it. We all know the consequences.

In its April-June, 1969 issue, a French socialist magazine, Socialisme, carried a long essay by the well-known Marxist theoretician, Ernest Mandel titled, “Capitalism and Regional Disparities.” The essay was later translated into English and published as a pamphlet. I found the following proposition in Mandel’s essay: “The unequal development between regions and nations is the very essence of capitalism, on the same level as the exploitation of labour by capital.” My comment: First, I would, as a Marxist editor, editing a Marxist essay, safely replace “the very essence of capitalism” with “in the essence of capitalism”. Secondly, I believe that Mandel’s 1969 thesis is valid on the level of the capitalist mode of production. But outside this perimeter, the thesis requires qualifications.

Marxists all over the world respect and honour Rosa Luxemburg (1870-1919) as a leading Marxist revolutionary and theoretician. The author, J. P. Nettl ended his 520-page abridged “Political Biography” of this towering Polish-Russian-German woman with the following proposition: “Rosa Luxemburg stands at the apex of the attempt to make operational the Marxist concept of class as the primary social referent, and to break once and for all the old alternative stranglehold of nation. In this respect her contribution is second to none.” We should note that the critical word in the critical phrase “primary social referent” is “primary”. And we should not forget that we are dealing with capitalism.

Before settling for the title of this piece, I also considered another title: “In praise of the Nigerian Left”. In fact, until I concluded the article, I was still under the temptation of altering the title in favour of its “rival”. Why was this? The reason was that, on looking back, I felt strongly that the Nigerian Left had achieved far beyond what I had hoped for when I wrote “Drafting a people’s manifesto” and “Further notes on a people’s manifesto” a little over three years ago. Apart from what I consider as deficiency in public dialogue and debate within the ideological core of the Nigerian Left, and the enduring difficulty in attaining a “take-off” momentum, I believe that the movement has made immense, measurable progress, both on the scale of our own history and on the basis of what I have summarised as my own hopes. We see a set of achievements that merit self-congratulation.